A selection of Competition films from previous years

The Competition is the centrepiece of the Berlinale and the festival’s calling card. With usually around 20 titles, it provides a detailed picture of the cinema as it is and as it will be. Whether from established or up-and-coming directors, films in the Competition present the best of the year’s selection.

As the festival’s centre of gravity, the Competition concentrates the energy of the Berlinale and catches the world’s attention. It is the focal point of the festival and screens some of the year’s most talked-about films, frequently prompting heated debates. Embracing the diversity of cinema and its extensive production in the 21st century, the Competition aims to surprise, entertain and enrich public audiences and industry professionals alike. It reflects and relates to the world in which we are living: its selection allows viewers to understand their place in it more fully and to recognise and respect the place of others.

The Competition screens a wide-ranging representation of the best of established auteur cinema from around the globe and elevates new directors to the upper echelons of international filmmaking. Smultronstället (Wild Strawberries), Les cousins, La notte, Alphaville, Woschoshdenie (The Ascent), Die Sehnsucht der Veronika Voss, Love Streams, The Thin Red Line, Magnolia, Jodaeiye Nader az Simin (Nader And Simin, A Separation) – these are just some of the Golden Bear winners that have gone down in the annals of film history.

Glamorous and cutting-edge, every film of the Competition is introduced by a red carpet ceremony at the Berlinale Palast that casts a special light on the artists, delighting fans and introducing rising stars to the media and the film world. At the Award Ceremony on the penultimate evening of the festival, a high-profile International Jury bestows those world-famous seals of quality: the Golden and Silver Bears.

The Competition is curated by the Artistic Director of the Berlinale, Carlo Chatrian, supported by a selection committee. 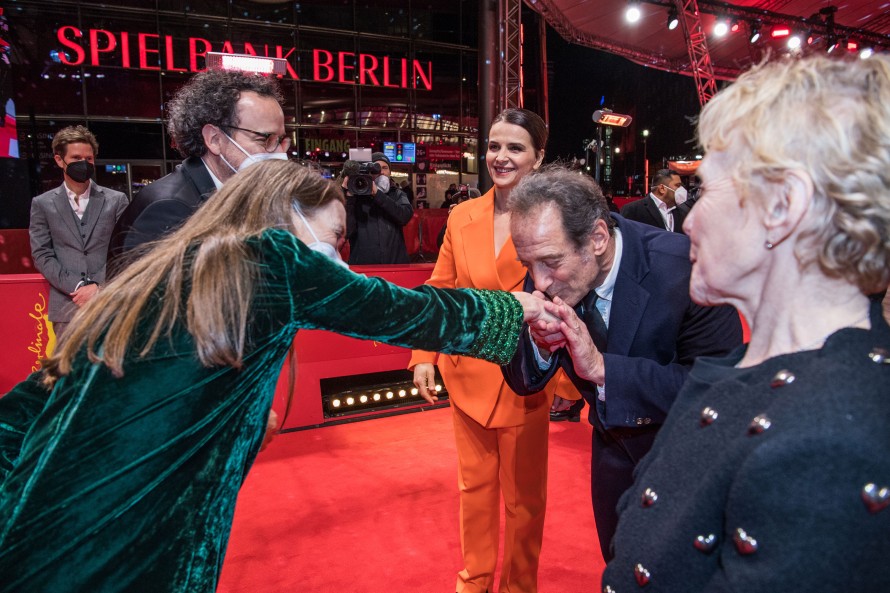 The Berlinale was born in 1951 with the Competition. The long tradition of this festival section comprises an immense wealth of stories, scandals and successes. From the notorious “Bosom Berlinale” of 1961 and the – still, to this day, unique – abandonment of the festival over the anti-Vietnam War film o.k. in 1970, to the discovery of Chinese cinema for a worldwide audience in 1988. The Competition has been strongly moulded by directors introducing their work in Berlin whose names read like a Who’s Who of film history.

Founded on an initiative from the USA with the openly political aspiration to be a “showcase of the free world”, the Competition has always been, and remains, a seismograph and echo-chamber for the moods, crises and convulsions of world politics. Its own history clearly evidences the sharp division between East and West during the Cold War – as well as the thawing relations and cautious rapprochement between the two opposing blocs – via the art of cinema. After the fall of the Berlin Wall, the political world map began to be redrawn and these developments also had an impact on the Competition – whether in subtle notes throughout the year’s programme or more explicitly. Politics is subject to conditions of visibility, something which the Competition films influence by changing the ways in which social realities are perceived and conceived. And thus the Competition is also a perennial testimony to the state of the world which the filmmakers address in their work. Detailed accounts of each Berlinale edition can be found in the archive.

The Press Conferences and Red Carpets of the Competition films can be followed live on-screen – along with the Opening Gala and the Award Ceremony. The recordings are then available on-demand. Videos of previous years can be found in the archive.