Generation Kplus and Generation 14plus, two competition programmes screening state-of-the-art international cinema. For young audiences and for everyone else. Epic narratives and fleeting moments, flights of fantasy and bitter realities. Coming-of-age stories: awesome, wild and angry, heartfelt and headstrong.

With a comprehensive programme of contemporary films exploring the lives and worlds of children and teenagers, Berlinale Generation enjoys a unique position as the instigator of a convention-breaking young people’s cinema. Headed by Sebastian Markt since 2022 the section is simultaneously a home for outspoken young audiences and open-minded adults. Generation presents the type of cinema that seeks to challenge without overwhelming, nurturing an open and controversial dialogue with its audience, artists, industry guests and film critics.

The selection focuses on films that, in their narratives and cinematic languages, take young people seriously. Stories that are told through the eyes of their young protagonists and which make their worlds tangible. Films that matter, that open doors to unfamiliar worlds. Films that demand bravery, displaying intersectional perspectives and encouraging collective solutions. Films that hold up a mirror to the adult world. Feature films, documentaries and animations, genre films and works that expand the formal language of cinema compete on an equal footing in the section’s two competitions. 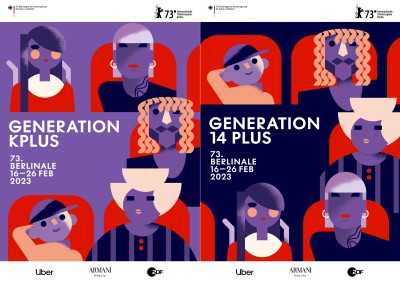 Here you can share your opinions about the Generation films and at the same time apply for next year's Youth Jury.
The film questionnaires for Generation 14plus: 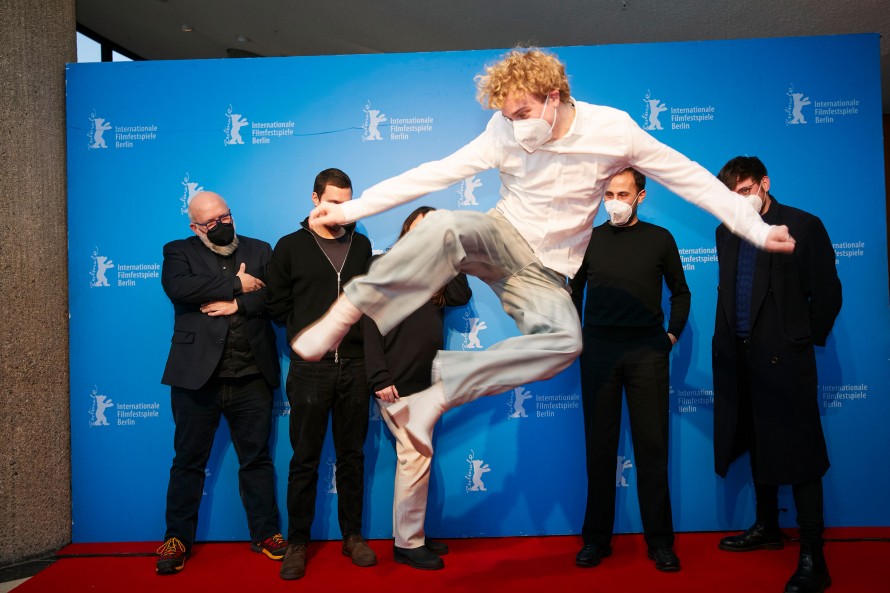 Festival photos of the past years

As part of its commitment to its audience, Generation maintains close connections with Berlin schools and also has special offers to enable extracurricular projects and families to attend the festival. This includes the early release of information via the Generation programme mailing list, reduced ticket prices and ticket reservations for groups of six or more people via the Generation group ticket hotline, as well as a large number of morning screenings.

The manner in which the films are presented plays an important role in Generation. Premieres are celebrated on the red carpet and in the cinemas with the filmmakers and their young stars in attendance. The section facilitates exchanges between the audiences and filmmakers especially focusing on dialogue with younger audience members. The views and questions prompted by diverse cinematic form and content are often challenging and the filmmakers are delighted by fresh perspectives on their work.

Films in Generation Kplus are screened in their original version with English subtitles and German voice-over. The voice-over is prepared by professional translators and spoken by qualified voice artists during the screenings. In addition, each year the festival produces German subtitles for three Generation Kplus films to introduce young cineastes to reading subtitles.

In Generation 14plus, all films are screened in their original version with English subtitles and without the voice-over.

Each film receives an upwardly open age recommendation that has been devised with educational advisors. This recommendation ensures that young audiences encounter films that correspond to the horizon of their own life experience.

The origins of Generation lie in the “Cinema for People Six and up” programme. With this selection, first presented in 1978, the Berlinale responded to the needs of young cineastes who, because of age restrictions had been denied access to the festival up to that point. As the Kinderfilmfest (“Children’s Film Festival”), the initiative developed further into an important platform for a cinema that makes the wealth of cinematic art also accessible to the youngest filmgoers. To meet the constantly growing interest of and in teenage audiences, in 2004 the section was expanded to include the 14plus competition. In 2007 the section was renamed Generation, now with two competitions: Generation Kplus (the former Kinderfilmfest) and Generation 14plus.

Four juries award prizes for the best short and feature-length films in the Generation competitions. They also bestow Honourable Mentions for notable achievements.

The two International Jurys each comprise three experts from the international film industry. They present cash prizes for the Generation Kplus competition donated by the Deutsches Kinderhilfswerk (German Children’s Fund) and for the Generation 14plus competition donated by the Bundeszentrale für politische Bildung (Federal Agency for Civic Education).

The members of the Children’s and Youth Jurys are the same age as the target audience. They honour the best films with the Crystal Bears.

Applications to become members of the Children’s and Youth Jurys can be made via the film questionnaires that are distributed in the cinemas during the festival and are also available online. Generation is looking for children between the ages of 11 and 14 and young people of 14 and above who are willing to write openly and curiously about the Generation films and who are happy to share their enthusiasm for cinema with other people. The questionnaires are also forwarded to the participating filmmakers after the festival, so that they can find out first hand how their films were received by the Generation audience.

Films presented in Generation can also qualify for the festival’s section-spanning awards: the GWFF Best First Feature Award, and the Berlinale Documentary Award funded by rbb.

In addition, films from the Generation programme are regularly nominated for prizes by the section-spanning, independent juries: the TEDDY AWARD, Peace Film Prize and Amnesty International Film Award.

Since 2020, an independent jury from the AG Kino – Gilde e.V. (Association of German Arthouse Cinemas) has awarded a dedicated prize to an outstanding feature-length film in the Generation 14plus competition to promote and strengthen innovative cinema for young people beyond the festival.

Generation maintains a close relationship with the film industry and considers distributors and sales agents as allies in their work towards an ambitious film culture. The visibility brought by the competitions and their awards and the linkage with the European Film Market (EFM) present important opportunities for the films to begin their distribution path in the best possible conditions. In collaboration with the EFM, Generation is working on smoothing the way for films to gain access to new audience segments and supporting them on their further journey beyond the context of the festival. The section’s strong popularity among audiences is evidence of the opportunities that exist to engage a young viewing public with a cinema that is formally diverse and artistically daring.

The results from previous years’ projects can be found on the website of our cooperation partner, VISION KINO (in German) and can be used as inspiration for film education work in the school classroom and beyond.

As Generation Section Manager since 2022, Melika Gothe is responsible for film education and cultural participation.