A selection of previous contributions in the Forum and Forum Expanded

The Forum and Forum Expanded stand for reflections on the medium of film, socio-artistic discourse and a particular sense for the aesthetic.

The programmes of the Forum and Forum Expanded aim to expand the understanding of what film is, to test the boundaries of convention and open up fresh perspectives to help grasp cinema and how it relates to the world in new ways. The programmes can include anything that serves these ends: contemporary and historical, analogue and digital film, installation art, performance and music.

The Forum and Forum Expanded are programmes independently curated and organised by Arsenal – Institute for Film and Video Art as part of the Berlinale.

What fits into the programme is defined by the filmmakers’ stance towards their medium rather than the question of what commercial potential a film may have. The cinematic form is never subordinate to the content. Both selection committees see their selections as a laboratory and a workshop.

The annual selection of typically around 40 films for the Forum focuses on contemporary international cinema productions and eschews conventional distinctions, such as that between fiction film and documentary. With usually around 30 short and feature-length films, a group exhibition, stage and panel events, Forum Expanded provides an open platform for film formats from a broader range of disciplines, including visual art, theatre, performance, music and the media. In combination with the impetus given by politics and society, these works create a discursive framework of a deliberately international character which has the potential to grasp cinema anew and change it in lasting ways. 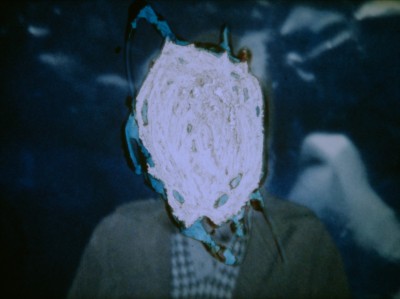 A key feature of the Forum and Forum Expanded are their close affiliation with Arsenal and its year-round cinema programme, distribution arm and in-house archive (the Living Archive). Arsenal’s curatorial work provides impulses for the festival programme which can in turn be expanded on and explored in greater depth in the work carried out at the cinema. The Arsenal’s daily film programme and the numerous guests involved in them enable co-operations to be forged with all branches of culture, science and society. By including some of the films from the festival in its range, Arsenal’s distribution arm equally fosters long-term collaboration with filmmakers and artists. The presentation of selected digitisation and restoration projects at the Forum and Forum Expanded also places them within a contemporary cinema context.

The heated public discussions which defined the early years of the Forum, when it stood “between the barricades and the ivory tower”, as the title of a book published for its 30th anniversary put it, still play an important role in the film culture and cinematic discourse nurtured by the Forum and Forum Expanded to this day. The filmmakers and artists participate in wide-ranging discussions with the audience after every screening. At the lab cinema at the silent green Kulturquartier, where the entire Forum Expanded programme as well as a selection of the Forum programme are presented, post-screening discussions are conducted with those involved in the films themselves as well as additional guests, the idea being to move beyond the individual works and establish broader connections.

Ever since its foundation in 1971, the Forum has published detailed supplementary information on the works shown in its programme. The loose-leaved “Forumsblätter” (“Forum Film Sheets”) issued in its early years are legendary. Today, these texts can be found on the Arsenal website where PDF files of each year’s texts are also archived.

The Forum and Forum Expanded also publish a comprehensive brochure comprising information on all the films and works in the programme as well as further in-depth reading and background information. The types of texts included to this end are as heterogeneous as the films in the programmes, ranging from essays, analyses and poetry all the way to illustrations and commentaries.

Cristina Nord has led the Forum since August 2019. Ala Younis and Ulrich Ziemons jointly head Forum Expanded since September 2021. 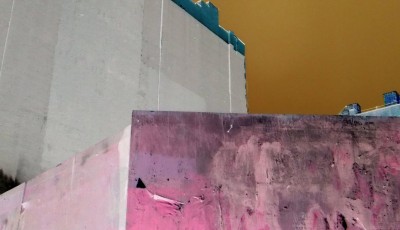 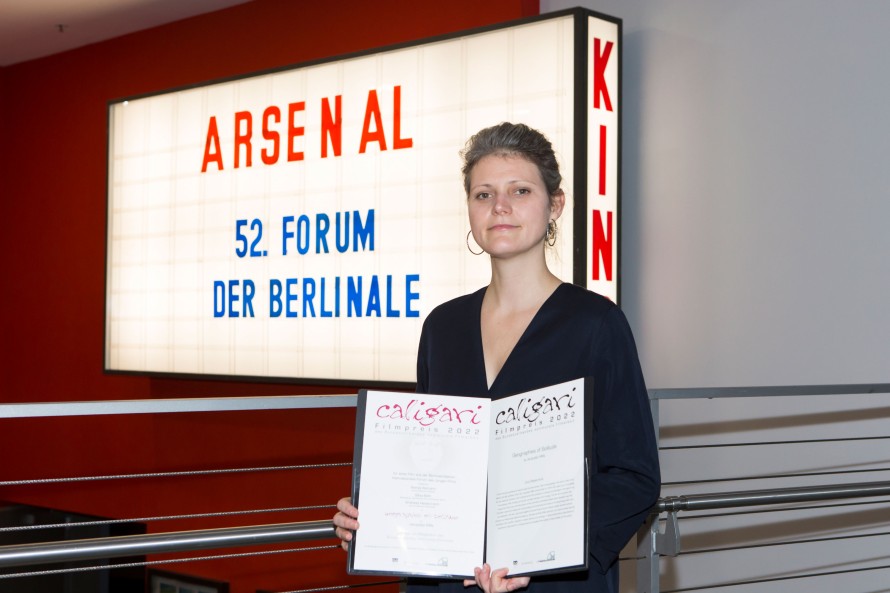 Festival photos from previous editions of Forum and Forum Expanded

The first International Forum of New Cinema took place in 1971 in reaction to the political turbulence of the previous years, which even led to the Berlinale being called off the previous year. It was organised by the Friends of the German Film Archive (now Arsenal – Institute for Film and Video Art) founded by Ulrich and Erika Gregor who led the Forum until 2001 and shaped its identity considerably.

The Friends had already organised a separate event in parallel to the Berlinale in 1969 and 1970. Now they received an official invitation to take over responsibility for an independent programme to be shown as part of the festival and be on an equal footing with it. The International Forum of New Cinema sought to challenge its audiences, showed previously unknown or underrepresented cinematic forms and documented, as Ulrich Gregor once put it, “the multiplicity and complexity of new film styles between avant-garde cinema, narrative film and documentary”.

The Forum introduced something new to the Berlinale, a discursive cinema culture characterised by intensive audience discussions and comprehensive accompanying publications in place of glamour and the red carpet. From the very beginning, when films were shown at the Forum, this has also included the subtitling of film prints or files, copies of which have then regularly been kept by Arsenal and added to its distribution range after the festival has ended. This has led to the creation of a living archive of 10,000 films from around the world which redefines perceptions of film history.

In 2000, the Friends moved with the Berlinale to Potsdamer Platz. Film critic Christoph Terhechte took over the leadership of the Forum in 2002 supported by Anna Hoffmann. He consolidated the selection, preserved the programme’s appetite for risk-taking and consistently provided the section with fresh momentum in the face of a rapidly changing festival landscape.

The names also changed in the meantime. In 2008 the Friends, led from 2004 by Milena Gregor, Birgit Kohler and Stefanie Schulte Strathaus, became Arsenal – Institute for Film and Video Art; the International Forum of New Cinema became simply the Forum. The Arsenal cinema which opened in 1970 in the district of Schöneberg moved to Potsdamer Platz in 2000. The close connection between the work of the Arsenal cinema and the festival as well as the film archive that developed from that specific collaboration continues today to be the defining characteristic of both the Arsenal as an institution and the Forum and Forum Expanded section.

The noughties were marked by an expansion of moving images into the public realm. Digitisation, phone cameras and dissemination on the Internet, as well as the medium of film establishing itself in other art forms, opened the borders of cinema. Inspiration for new narrative formats, together with documentary forms and strategies, also increasingly emerged from visual art, performance, music, political activism and science. To incorporate such approaches into a reinterpretation of cinema and further advancement of film as a medium, Stefanie Schulte Strathaus and Anselm Franke created Forum Expanded as an expansion of the Forum in 2006. The shared idea of both programmes has always been to invite works that question the self-conception of the Berlinale as an institution – because everything that happens socially, politically, culturally or artistically in the world has the potential to have a lasting effect on the festival and its audience.

After Christoph Terhechte stepped down in the summer of 2018, the board of directors of Arsenal – Institute for Film and Video Art, consisting of Milena Gregor, Birgit Kohler and Stefanie Schulte Strathaus, took over the interim leadership of the Forum and the responsibility for its 2019 programme, supported by Anna Hoffmann. Curator and film critic Cristina Nord has led the section since August 2019. Assisted by Anna Hoffmann and through a new selection procedure she prepares the upcoming 50th edition of Berlinale Forum.

From the very beginning, the Forum has also given special attention to historical films and placed them in relationship with contemporary cinema. In the early years, this was chiefly to make Berlin audiences familiar with groundbreaking world cinema with which they had had little contact up to that point. Today, the Forum continues to shake up the sort of cinematic canon primarily interested in feature films made in Western Europe and North America. The Forum and Forum Expanded stand in direct opposition to this, being equally dedicated, for example, to cinema from African and Asian countries, documentaries and experimental films, to anti-cinema films as well as B-movies and less “reputable” forms of cinema. Their grasp of film history is thus not static: it always includes the critique of earlier reception situations and seeks to work against the Eurocentric perspective. At the same time, the Forum and Forum Expanded attach great importance to the relationship between historical and contemporary elements of the programme, consistently placing them in a related context, whether in terms of aesthetics or content.

Many films from the Forum and Forum Expanded programmes are subtitled. After the festival, they can remain in Berlin and potentially be distributed. This means that the works can equally enjoy a life beyond the festival itself, finding their way into the non-commercial cinema landscape and other festivals, biennales and exhibitions across the world. In the long term, they are also added to Arsenal’s Living Archive.

Arsenal’s concept of the archive fundamentally differs from other film archives in that its underlying principle is that they are places for participation and production. Within this context, it interprets its mission as being to seek out cinematic one-offs, preserve films, digitise them and make them accessible, always placing them within the context of contemporary artistic and curatorial practice.

The Living Archive is based at silent green Kulturquartier in Berlin Wedding. Here, researchers, artists, curators or simply anyone with a healthy curiosity can view the films at editing tables. The knowledge they bring with them is potentially a valuable resource for the work of the Arsenal. Every user of the archive is a prospective archivist.