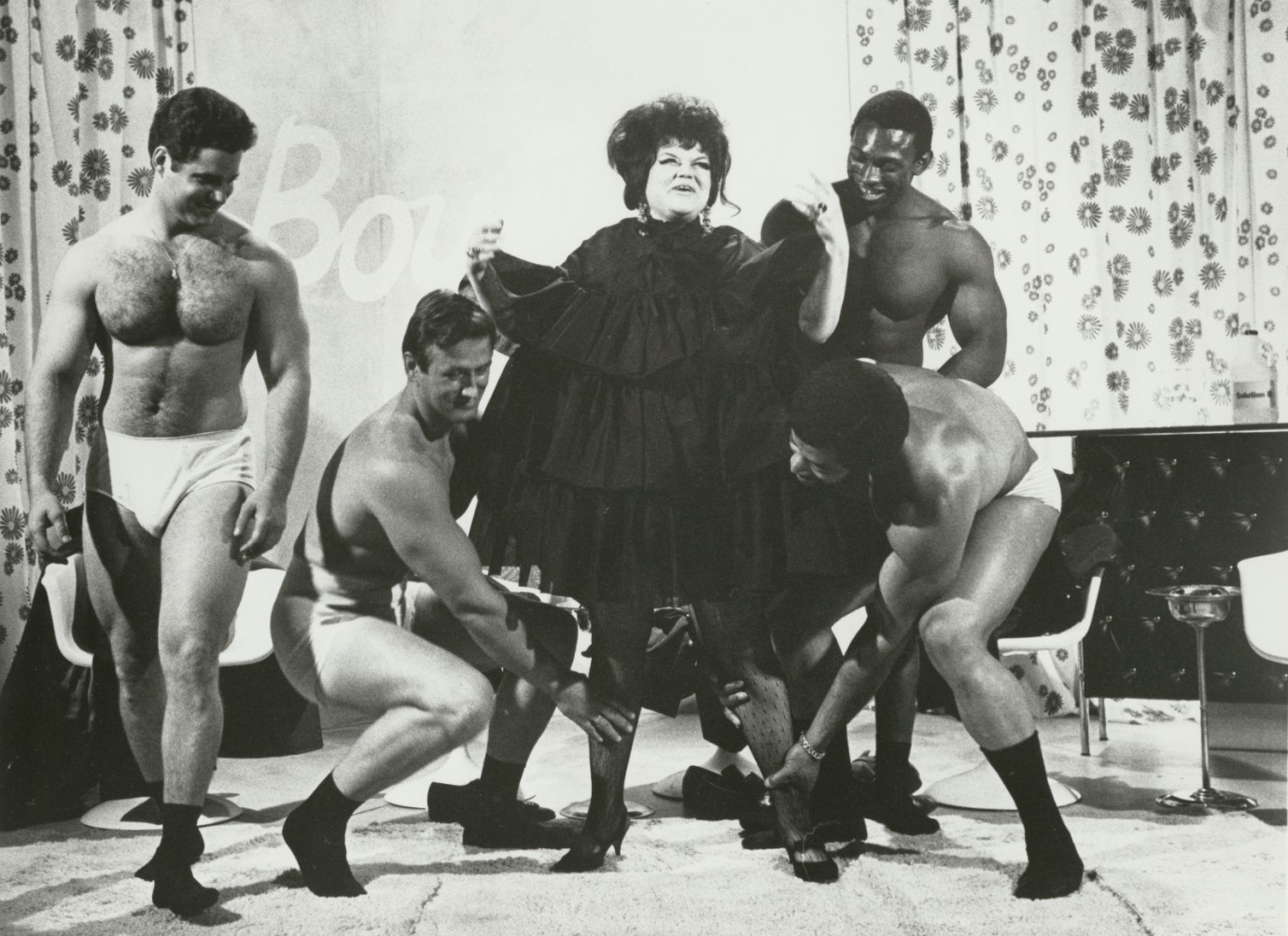 © Gianfranco Mantegna, care of the New York Public Library
Praised by Jonas Mekas in 1970 as “propaganda for the politics of joy and disorder”, painter and writer Wynn Chamberlain’s BRAND X is back – finally! – to provide contemporary audiences with a strangely refreshing dose of late ’60s countercultural humour and political satire. After a successful run throughout the USA in the early ’70s, the only print of the film disappeared for almost 40 years before mysteriously resurfacing in its production company’s vaults. The film, an anarchic, episodic riff on the irrelevance and crass commercialism of the television programming of its day, features underground superstar Taylor Mead at the height of his inventive insanity. Appearing in numerous unlikely roles, including that of an exercise trainer, a preacher and the US president, Mead is joined by a fantastic cast of Warhol superstars (Ultra Violet, Candy Darling and Tally Brown) and other ’60s personalities and anti-establishment figures, such as Sally Kirkland, Sam Shepard, and Abbie Hoffman.
by Wynn Chamberlain
with Taylor Mead, Sally Kirkland, Tally Brown, Frank Cavistani, Abby Hoffman USA 1970 87’ 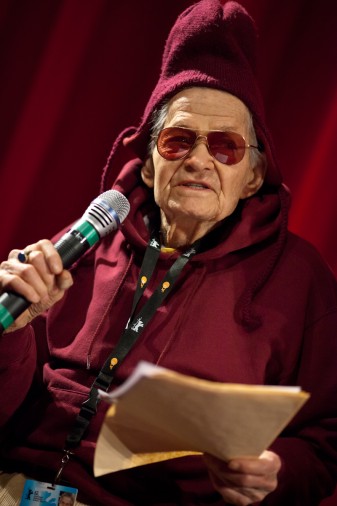