The Panorama is one of the most eclectic sections of the Berlinale. This year bold American films, numerous directing debuts and documentaries in an abundance of styles and subjects stand out. The following interview with section director Wieland Speck reveals the contexts of this year's programme.

A first glance at your programme this year reveals, in particular, a large percentage of films from the USA.

Indeed, the Americans have an incredible six feature films and seven documentaries in the Panorama. What makes this even more surprising is that, whilst they were previously a stalwart of the section, they have been a much weaker presence during the last decade. But it seems - and we can also see this on a global level - that now is a good time for bolder projects to be realised. Shane Carruth's Upstream Color, for example, is almost an experimental film in the way it allows mad and inconceivable fantasies to see the light of day. American film hasn't been doing something like this for a long while. During the Bush era it was relatively conservative and opportunistic even though you would perhaps expect the polar opposite. Films during the Kohl years in Germany were also rather weak - it appears that conservative politics unfortunately leads to overly cautious filmmaking.

Can you really make such a direct connection to a country's politics?

To the political overtones, yes. Filling young people with fear has its consequences. The first generation that have been sold the future as a threat is now in their mid-thirties. Rather than reacting with rebellion, collars and ties have a newfound currency. My generation has been asking itself: what's wrong with them? Why don't they go a step further than we did? But now they're revealing their own brand of assertiveness which shows they don't care about my generation. Perhaps arrogance is a necessity in a certain phase in life to free yourself from patronising expectations.

Can you give us examples of this in certain films?

La Piscina (The Swimming Pool) by Carlos Machado Quintela uses extremely long takes to tell the story of a public swimming pool. Very little happens. We see four disabled kids and their coach. Their interaction forms the entire film. Carlos Machado works with an incredibly cinematic self-confidence. The film doesn't for one moment appear pretentious but it's an excellent example of this assertive arrogance - in the most positive sense - in the face of the plot structures demanded by the film industry's powers that be.

We're opening the main programme with Chemi Sabnis Naketsi (A Fold in My Blanket), a debut film from Georgia. The director Zaza Rusadze is in his mid-thirties and has made a very sensitive and imaginative film. He emphasises the cinematic and creates characters whose fantasy world simultaneously represents a miniature version of contemporary Georgia. The Panorama Special opens with Nanouk Leopold's Boven is het stil (It's All So Quiet) which is about a man in his fifties whose father is slowly dying. There is clearly no love lost between father and son. You can sense the emotional cage in which the protagonist has been trapped his entire life - reinforced by the numerous demands placed upon him as a dairy farmer. The superb Jeroen Willems plays his final role in this film - he died suddenly in December.

The second opening, at the Friedrichstadt Palast, is an American film. In contrast to the dark European exploration of the soul in Boven is het stil, it devotes itself to something entirely of this world: online pornography. The protagonist in Don Jon's Addiction - played by Joseph Gordon-Levitt who is also the director - spends the whole day wanking in front of his laptop. But he is also a lady-killer at the disco. He could live fully in the real world but refuses to do without his virtual sex-life. Don Jon’s Addiction employs a great deal of irony and self-criticism to reveal today's consumer society where childhood is over in a flash but adolescence is absurdly extended and adulthood postponed until the early thirties. The audience will love it!

The constant availability of pornography and its ensuing trap is also the subject of the Indonesian film Something in the way in which a taxi driver of the same age counters his sex addiction by attending Koran school. 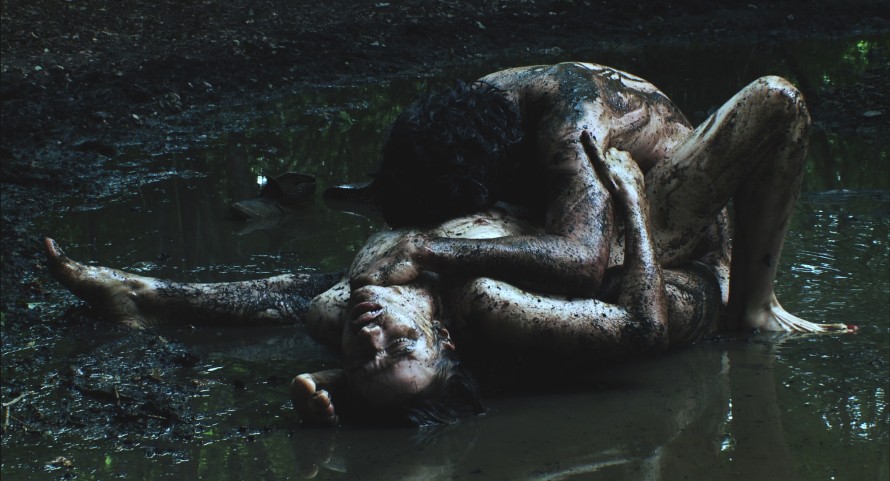 Sex seems to be one of the dominant topics in this year's programme...

That's right. Lovelace from Oscar-winners Rob Epstein and Jeffrey Friedman is also about sex. They depict the life of Linda Lovelace whose story was already shown in the 2005 Panorama in the documentary Inside Deep Throat. It is a story of the first moving image porn superstar - up until then there had only been pin-up stars. Her life was somewhat typical: men put women on a pedestal in order to knock them off. James Franco, who is also appearing in two other films, has a cameo as Playboy boss Hugh Hefner. Incidentally, as co-director and cinematographer of Interior. Leather Bar., Franco traces the sexually explicit scenes which were cut from William Friedkin's Cruising in 1980.

Chemi Sabnis Naketsi, Don Jon’s Addiction and La Piscina are three of the eleven feature debuts in this year's programme. Linda Söffker, section director of Perspektive Deutsches Kino, has found it unusual this year that directors are abandoning their immediate personal surroundings and not just telling stories about family and a small circle of friends. To what extent does this observation hold true for the directing debuts in the Panorama?

There are also good examples of this development here. Youth by Tom Shoval uncovers the same fear of losing one's middle-class status in Israel as in Europe. He depicts a family where the father is unemployed and the mother doesn't earn enough money to feed them all, including their two adolescent sons. Even the flat in which the boys have always lived is at risk. The loss of standard of living constitutes a major threat to the sons. They decide to kidnap a girl and demand a ransom. But the plan goes awry because the victim's parents neither answer the phone nor report their child missing. The kidnappers have failed to take into account that orthodox families don't use the phone on the Sabbath... 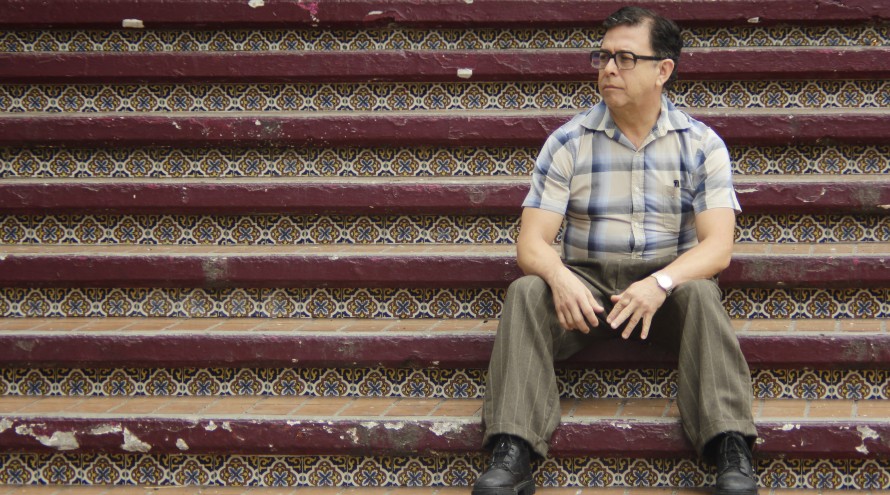 Workers from José Luis Valle is also a first feature. Referencing the Communist idea of control over the means of production, he tells the story of two wage-dependent characters in Mexican Tijuana. The man has been a cleaner for decades in a very sterile light-bulb factory. He can neither read nor write. He fought for the US in Vietnam to secure a citizenship he was never given. On the day he should receive his pension, it transpires illegal immigrants don't get any pension but he's welcome to continue working... The woman is a maid for a rich Mexican who sits at home in a wheelchair surrounded by staff, feeding her greyhound with caviar. When she dies and leaves her entire estate to the dog, the staff has to carry on as normal if they want to keep their jobs. This means the dog has to be taken out once a day for a drive in a luxury limo. It eats out of golden bowls and sleeps on velvet cushions. It is a blessing that the staff can retain their much-envied jobs for the sake of a dog. The film tells its story in sensationally long takes which contain an enormous amount of detail. In the end, both characters discover an anarchic way of retaining their dignity.

Alongside the North American films, there are some strong and eye-catching works coming out of Latin America notable for their self-confident cinematic style. Brazilian cinema has been well established for years but Chile, Venezuela and Columbia are catching up. And of course there's Argentina, which is always full of surprises, and last but not least, Uruguay.

Korean film is also present with three features and one short film in the programme. What is there to discover here?

I'm delighted at the way Korean cinema succeeds in continuously reinventing itself. This year there are some film narratives that really hit home. Baek Ya (White Night) tells the story of a gay man who has been subjected to a brutal attack and confronts his trauma by returning to the place where this attack occurred. Kashi-ggot (Fatal) focuses on individual guilt. A young man meets a young woman in a Christian community; in the past he was in a group who raped her. Incidentally, it is also a debut. 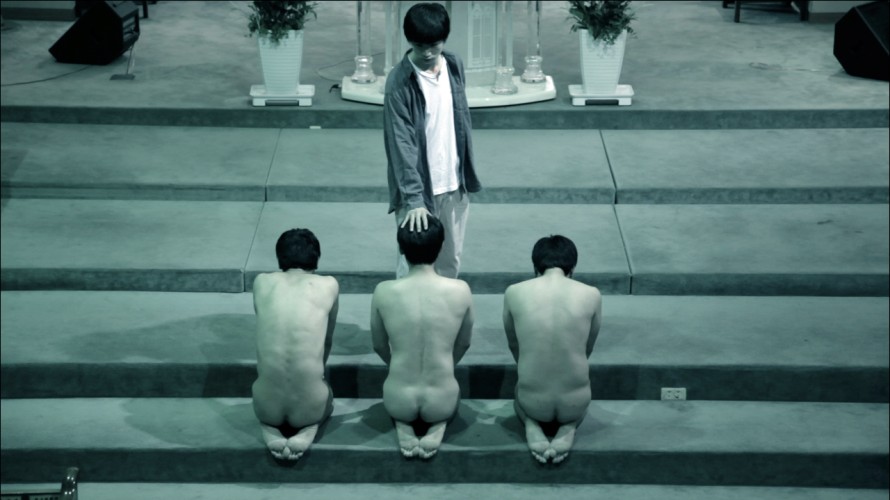 The third Korean film in our programme is completely different. E J-yong, whose Yeobaewoodle (The Actresses) screened in the Panorama 2010, is presenting his new film Behind the Camera. Instead of showing up on his own film-set, an eccentric director controls proceedings by Skype. Of course this creates huge confusion amongst the crew from the start as the typical Korean hierarchies are thrown into disarray. This leads to the Skype window being constantly reduced in size until it's in the very bottom corner of the screen. A very modern and very dryly entertaining meditation upon filmmaking at a time when everything is remote-controlled by handheld devices...

An Abundance of Form and Topics in Documentary

As is traditional, there are numerous artist portraits amongst the documentaries...

Funnily enough, that seems to be a classic that's crept in. I'm quite critical of the large amount of biopics out there because most of them fail to go beyond hagiography. That's why this year's programme only contains true rediscoveries. Roland Klick, for example, who had such a big influence on German cinema. Or Paul Bowles, an often overlooked figure of the Beat Generation.

Salma is the inspiring portrait of the emancipation of a Tamil poet. The Muslim Tamils lock up their daughters from the time of their first period until they are married. For nine years Salma refused to accept an arranged marriage. With the help of her mother she published poems during her imprisonment and eventually, through her celebrity, became a local politician. It's a tremendous story of a woman and of liberation.

You can find an incredible wealth of topics and fantastic styles in documentary which is down to the rapid growth in interest in this form during the past decade.

La maison de la radio Nikolas Philibert makes the invisible visible. He moves from production office to production office at Radio France, from classical music to radio plays, from news to gossip and even the request show. Hugely entertaining. The film is a heart-warming example of the way the French know how to celebrate their qualities. 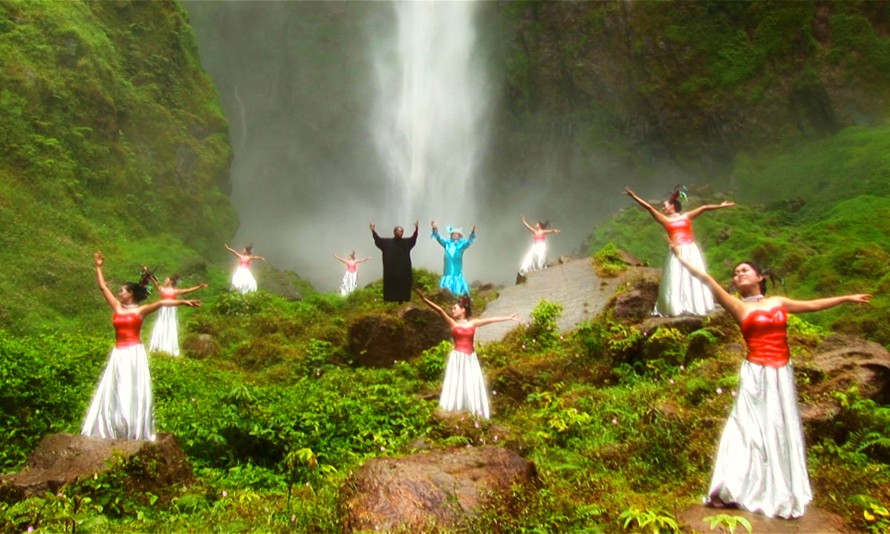 The Act of Killing by Joshua Oppenheimer

In The Act of Killing the director gives his protagonists the opportunity to re-enact their past...

The Act of Killing is unquestionably one of the hardest hitting films in the programme. Countries, some of which were dictatorships as late as the seventies, are now finally beginning to explore their dark histories - in the same way as Germany required decades to deal with the Nazi period. In this case it is Indonesia. After the military coup of 1965 over a million suspected Communists were murdered. Two of the murderers, who today are respected members of society, are at the centre of the film and re-enact their atrocities for the camera. This really exposes the depths to which the human soul can sink. The film project finally makes the perpetrators reflect upon what they did.

Another important documentary is Narco Cultura from Mexico. An entire pop music culture lies in the hands of the drug-lords and glamorises their crimes. The music stylises murderers into folk heroes and enters them into the country's folklore.