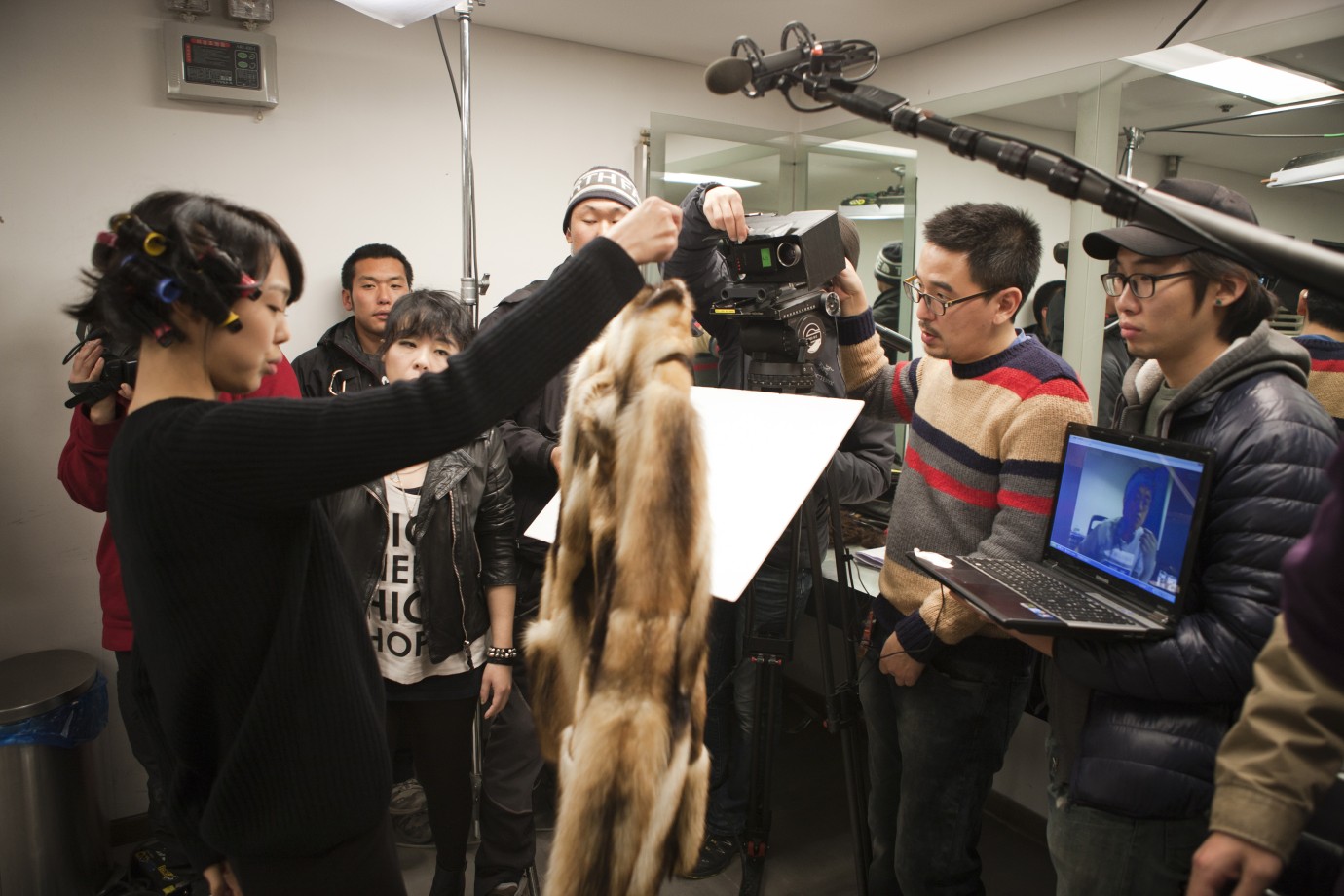 Film history abounds with films about the process of filmmaking. What happens however if the director appears and disappears at will? And what if he decides to direct his film via Skype? The crew gathering on the first day of the shoot for E J-yong’s new film are suitably astonished to discover that their director is in Los Angeles. No sooner does he greet his troupe from a large monitor screen, than the first rehearsals are underway, lights are set up and the camera positioned.
E J-yong’s new work is a continuation of the play-within-a-play motif from his mockumentary The Actresses (Panorama, 2010) and is equally ironic and cryptic. Once again, stars of Korean cinema put in an appearance, playing themselves as they wait for direction, gossip about their colleagues, or ponder their work. Naturally, there’s also a film-within-a-film narrative which suddenly begs the question: where does reality end and fiction begin? Meanwhile, E J-yong beams down from his monitor at his crew – and perhaps at the audience. Connected electronically to the goings-on from afar he seems to be observing all our attempts to find answers.
by E J-yong
with Youn Yuh-jung, Park Hee-soon, Kang Hye-jung, Kim Ok-vin Republic of Korea (South Korea) 2013 85’