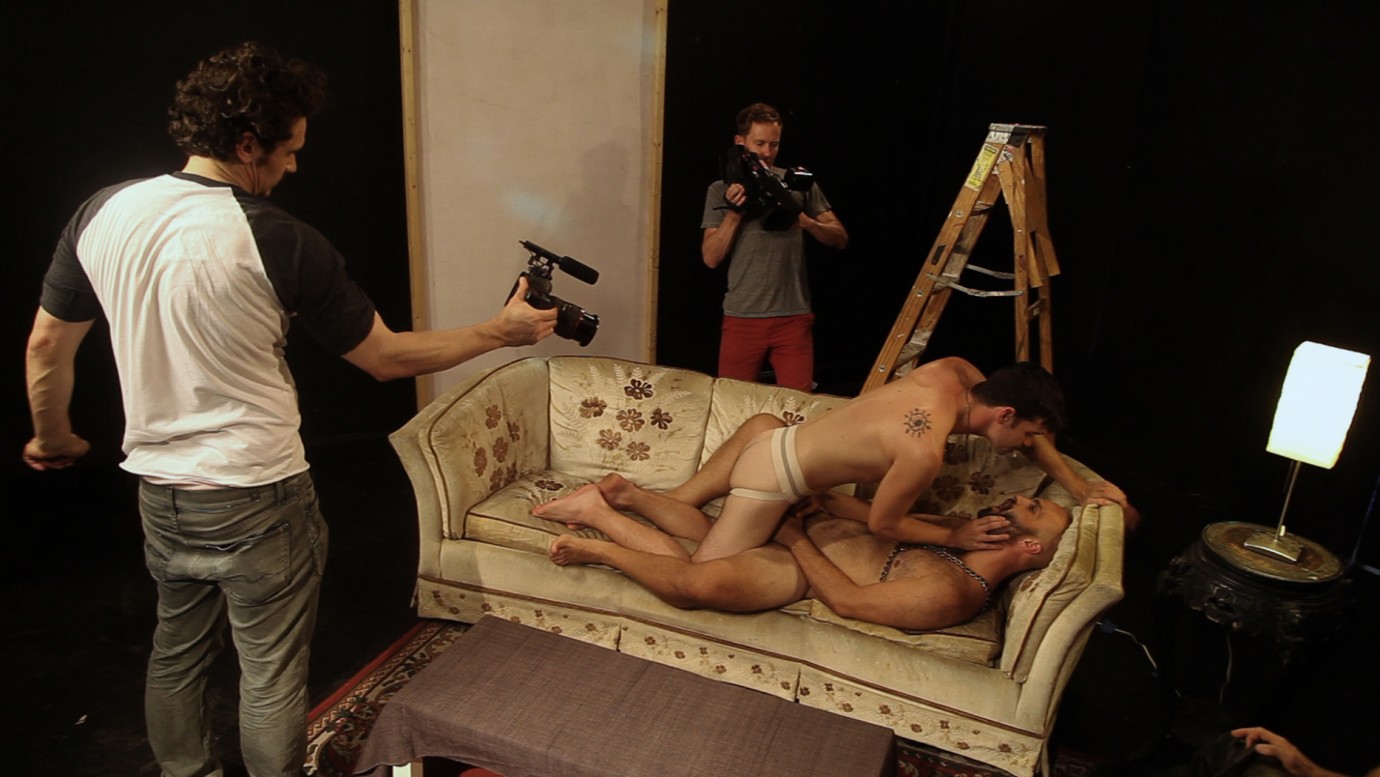 When William Friedkin’s film Cruising was screened in competition at the Berlinale in 1980 it unleashed a wave of controversy – and not just at the festival. Gay activists accused the film, in which Al Pacino plays an undercover cop investigating a case in New York’s gay S&M and leather scene, of stirring up homophobic stereotypes. Moreover, forty minutes of allegedly overly explicit scenes were deleted in order to secure a less restricted rating for the film’s release. Oscar-nominated actor James Franco and Travis Mathews have made it their mission to restage this missing and by now legendary forty minutes.
The film constitutes the making of one scene shot in a New York leather and S&M bar before the onslaught of Aids and focuses on Val, who plays Al Pacino’s role. Heterosexual Hollywood actor Val has strong reservations about appearing in a gay film. Skirting the border between reality and fiction, Interior. Leather Bar. explores Hollywood’s homophobic mechanisms and examines prevalent clichés.
by Travis Mathews, James Franco
with Val Lauren, Christian Patrick, James Franco USA 2013 60’