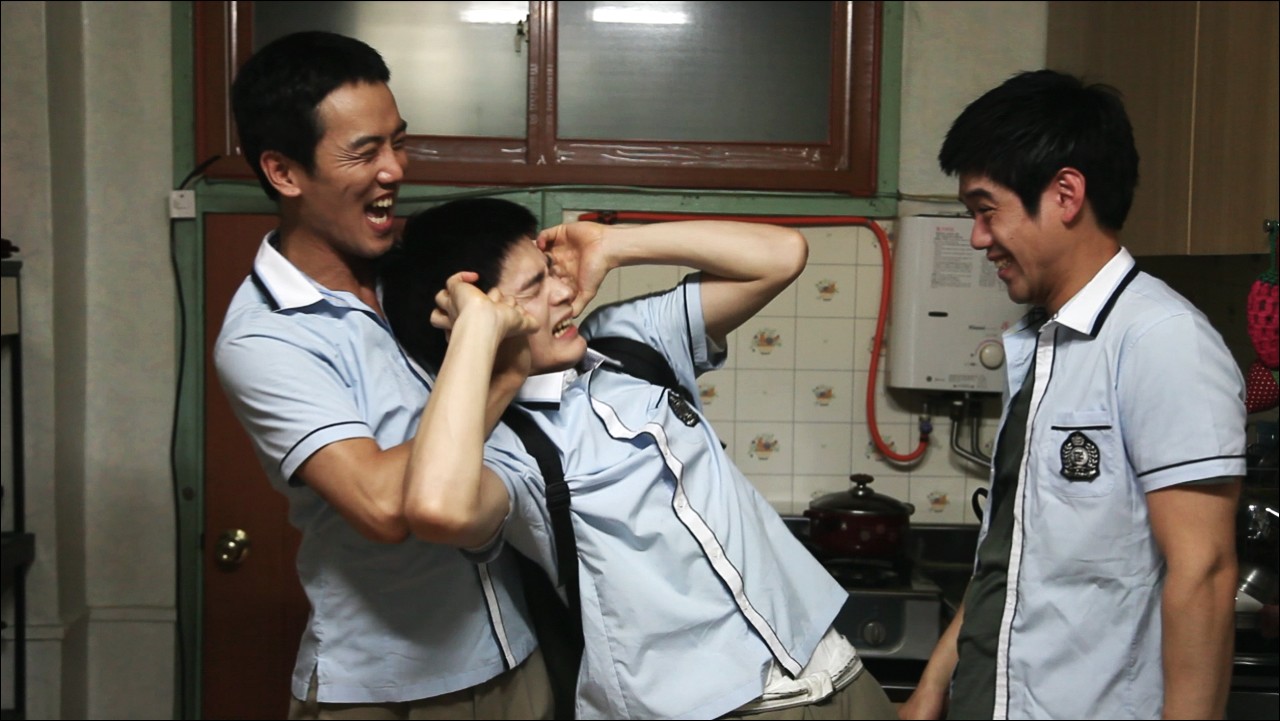 A group of youths imprison a young girl in a room and drug her so they can rape her. Awkward Sung-gong is more than reluctant, but the others threaten to beat him up if he chickens out and so he is forced into the room with the unconscious girl. In this prologue, young director Lee Don-ku already creates an atmosphere pervaded by violence, humiliation and power games.
Ten years later, Sung-gong is leading a humble existence working at a small sewing shop in Seoul. On his usual way to work he encounters a group of people handing out brightly coloured flyers advertising a Christian community. One day, curiosity, loneliness and a bad conscience prompt him to slip into a pew at their church. This is also where Jang-mi seeks refuge. This young woman was the rape victim all those years before. A tender relationship evolves between these two which may enable Sung-gong to bring about reconciliation – but the young woman has no idea with whom she has taken up. His bid to atone for his actions ends violently. Kashi-ggot is a disturbing film about a young man desperate to unburden himself from his guilt.
by Lee Don-ku
with Nam Yeon-woo, Yan Jo-a, Hong Jeong-ho, Kang Ki-doong Republic of Korea (South Korea) 2012 103’