With 25 fiction, documentary, experimental, essay and animation films, Berlinale Shorts is once again the place for diverse cinematic short forms in 2014. In this interview, curator Maike Mia Höhne talks about complex landscapes of the soul, cinematographic visions, strict structural systems, and how important it is to protect the original spark of an idea.

Films of the Berlinale Shorts 2014

What thematic or formal trends can you identify in this year´s Berlinale Shorts programme?

Thematically, I was nearly overrun by the many strong films about death, or about the mourning process following a death: Om Amira, Un Paraíso, Tant qu'il nous reste des fusils à pompe, Three Stones for Jean Genet, As Rosas Brancas, Washingtonia - intimate insights into complex landscapes of the soul.

The Egyptian documentary Om Amira (Naji Ismail) was initiated through ANA HUNNA, an organisation that seeks to strengthen the perception of women in the working and living worlds of the Middle East and Northern Africa. In the course of these efforts, nine films telling the stories of women in Egypt, Jordan, Tunisia and Morocco came about - stories of women finding and making their own paths in society. In Om Amira, we see an older woman selling fried potatoes on the streets of Cairo. And we hear the city. As we are introduced to the world of Om Amira, the film simultaneously - almost casually - tells us about the circumstances in which she lives, about the effects of the Egyptian Revolution, and how the position of women has changed in Egyptian society. Not until much later do we learn about the tragic death of her daughter during a heart operation.

Something similar can also be said of Un Paraíso (A Paradise, Jayisha Patel). Both films are very close to their protagonists, but still leave room for reflection on the respective circumstances. In Un Paraíso, a mother mourning the death of her child is also at the centre of the story. Her son committed suicide when he was only 12 years old. The province Granma, in Cuba, bears the name of the ship on which Fidel Castro and Ernesto Ché Guevara arrived on Cuba in 1965. Nowadays the province is known for its loyalty to the revolution, but not for the high suicide rate among its youth.

The French fiction Tant qu´il nous reste des fusils à pompe (As Long As Shotguns Remain, Caroline Poggi and Jonathan Vinel), on the other hand, is completely different. The view in this film feels very restricted. The streets are empty. The strict camera use by young directors Caroline Poggi and Jonathan Vinel creates a cinematographic vision that deeply impressed me with its clarity. The film leaves the viewer with a strong sense of unease.

What happens when the heartbeat that creates the rhythm goes silent

Last year you saw the issue of structure and organisation in today's society as the guiding principle of Berlinale Shorts. Un Paraíso and Tant qu'il nous reste des fusils à pompe delve into the matter further. Even more so in Washingtonia, where the heartbeat of the giraffe sets the rhythm for life. If that pulse generator stops in the heat of the summer, havoc ensues.

Maybe you could call it the issue of order, and the question of how society can function after everything has collapsed. Washingtonia (Konstantina Kotzamani) is especially interesting in juxtaposition with Xenos (Mahdi Fleifel). Two perspectives, one fiction and one documentary, on the same city: Athens. The director of Washingtonia worked almost entirely without a script, she just moved from situation to situation. It seems almost like her themes were determined by chance. Her characters also seem to wander aimlessly through the urban jungle, their actions driven solely by yearning. 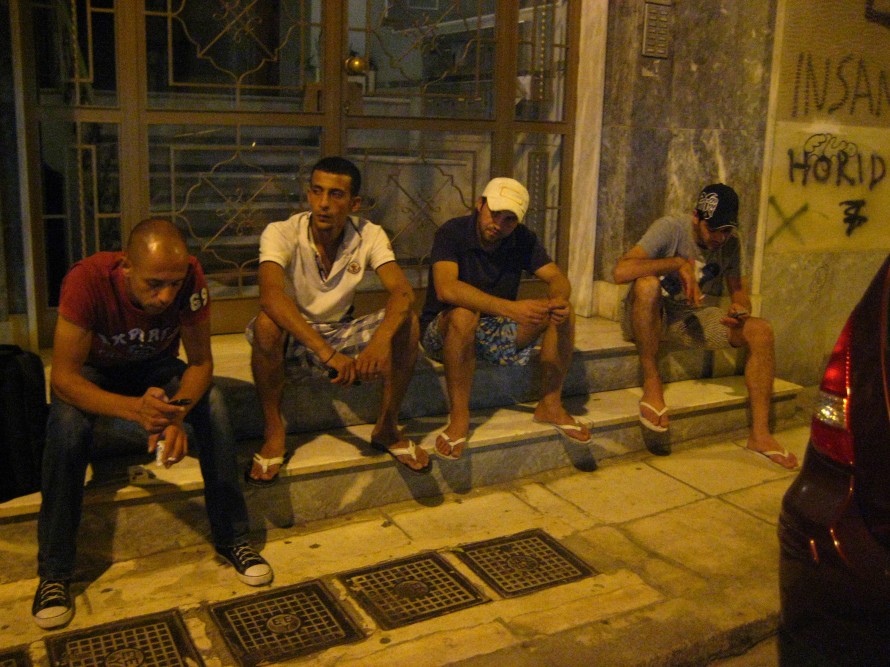 Then, in Xenos, the rhythm-giving heartbeat is silent. The protagonist is the Palestinian Abu Eyad, whom Mahdi Fleifel also filmed in the biggest Palestinian refugee camp in Lebanon for his feature-length documentary A World Not Ours (Panorama 2013). Abu Eyad has now fled to Greece, hoping for a better life. But Europe doesn't fulfil his dreams either. The opposite, in fact. Abu Eyad takes drugs in order to cope with the parallel world he must live in. He earns his money walking the streets. We've often had films on the subject of prostitution in the Berlinale Shorts programme, but not in such a deadpan way. Here, it's truly about pure survival after reaching what was supposed to be the redeeming shore. Xenos is also unusual in its documental form. Within the montage Mahdi Fleifel punctuates and writes paragraphs, creating his own rhythm.

Three years ago I had the hybrid documentary La Calma (The Calm, Berlinale Shorts 2011) by Fernando Vílchez Rodríguez in the programme, about the aftermath of an earthquake in Peru. His new film Solo te puedo mostrar el color (I Can Only Show You The Color) also deals with historic events. In 2009, with the government's permission, the Canadian mining company Dorato Resources Inc. invaded the rainforest to dig for mineral resources. The protests by the resident indigenous people, the Awajún, were brutally struck down. Fernando Vílchez Rodríguez delves into the issue of how those events have shaped the place as it is now, and in doing so, also touches on the theme of structural order, of the conditions and perspectives in the present. As a part of a minority, how much power do I have compared to a superiority like the army? 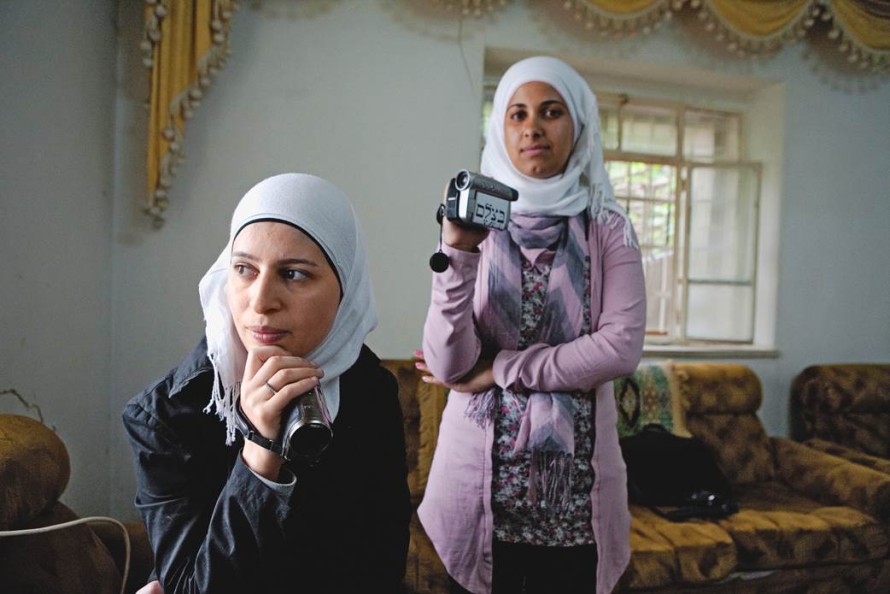 Im Tekhayekh, Ha´Olam Yekhayekh Elekha (Smile, and the world will smile back) by the al-Haddad Family, Ehab Tarabieh and Yoav Gross

The same question is raised in Im Tekhayekh, Ha'Olam Yekhayekh Elekha (Smile, and the world will smile back, the al-Haddad Family, Ehab Tarabieh, Yoav Gross), that focuses on nightly invasions by the Israeli armed forces into Palestinian homes. The law states that these searches may be carried out without probable cause. But the army can't stop the Palestinians from filming the events. As we watch the invasions, we see that the presence of the camera breaks up this power dynamic, almost creating a balance within an imbalance. The film is by the left-wing Israeli human rights organisation B'Tselem, whose film Susya (Dani Rosenberg, Yoav Gross, Muhammad Nawaj'ah, Berlinale Shorts 2011) we showed three years ago.

Are there any particularly noticeable formal characteristics in this year's programme?

Definitely: a preoccupation with the film as a medium. The material becomes a subject, is reflected upon, developed by hand. In LABORAT, Guillaume Cailleau exposes his analogue film material to the same procedure carried out on mice at a oncological research lab in Berlin. The radiation dose is applied directly to the film material. In doing so, LABORAT isn't pretentious, just very exact in its observation. It follows its own structural system, formally speaking. But it does take the viewer by the hand - by clearly positioning the events at the beginning of the film: Oncological Research Lab, Berlin, January 8 & 9, 2011.

This works similarly in Taprobana by Gabriel Abrantes. The viewer would be totally lost without the presentation at the outset. That way, in Taprobana, we know that we are in present-day Sri Lanka, where the national poet of Portugal, Luis Vas de Camões, lived in exile and wrote the epic poem "The Lusiads" in the 16th century. Gabriel Abrantes shows us his vision of this artistic creation process. 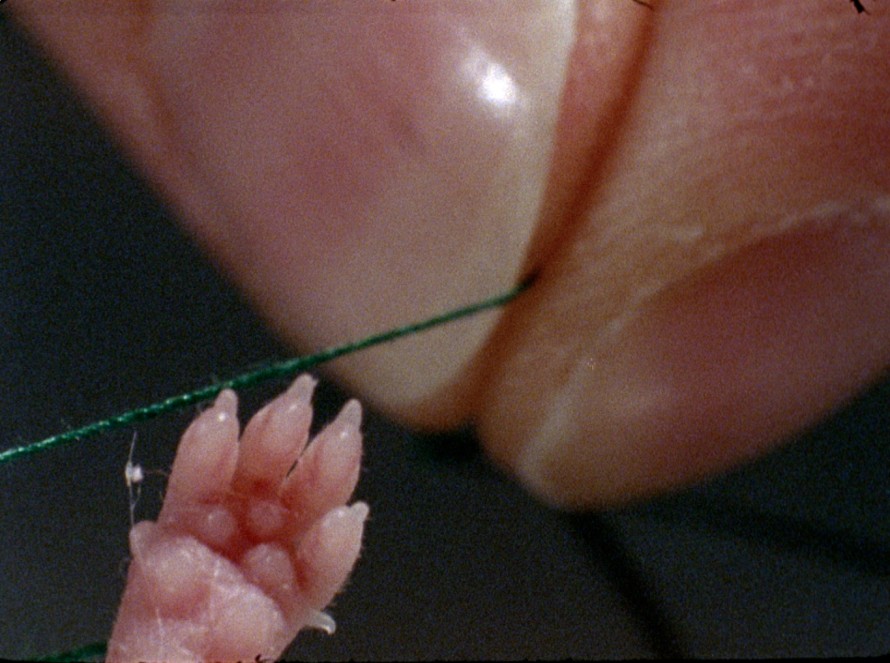 Will you structure the programme around the powerful, longer fiction films like Tant qu'il nous rest des fusils à pomp, Washingtonia and Taprobana, like last year?

No, not exactly. Rather, I let the cinematic atmospheres guide me. This year I had great fun with the experimental films - besides LABORAT, especially BIRDS by Ulu Braun (FORST, Berlinale Shorts 2013). Experimental film always means keeping a commitment. In that respect, LABORAT is very rigorous and orderly, while BIRDS finds a poetic approach and has one melancholy moment. The Austrian filmmakers Billy Roisz (darkroom) as well as Elke Groen and Christian Neubacher (Optical Sound) also know exactly what they're doing. They, too, execute a structural system, but consciously diverge from it as well. There's a big experimental film movement in Austria. 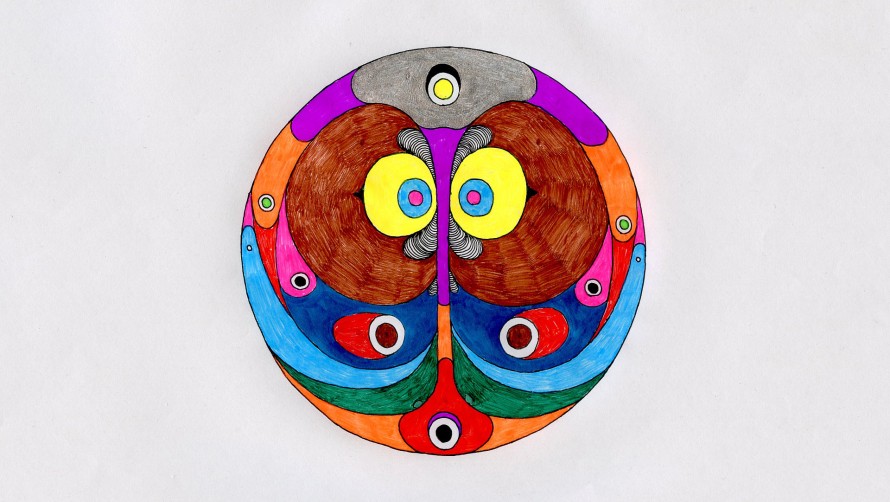 Two animations in this year's programme, WONDER (Mirai Mizue) and Kamakura (Snow Hut, Yoriko Mizushiri) are distributed by Tamaki Okamoto from CaRTe bLaNChe. The 2012 Silver Bear winner, Gurehto Rabitto (The Great Rabbit, Wada Atsushi, Berlinale Shorts 2012) was also distributed by them. Tamaki Okamoto has a real knack for subtle, different animation films. Prof. Dr. Kathrin Peters and Prof. Dr. Winfried Pauleit will talk about Gurehto Rabitto and the 2011 Golden Bear winner, PARANMANJANG (Night Fishing, PARKing CHANce, PARK Chan-wook, PARK Chan-kyong, Berlinale Shorts 2011) in an arte Berlinale special on February 7th. They're going to try to file the works into a film canon that seems to be missing for the short form. And they called my attention to "The Preparation of the Novel" by Roland Barthes. In 1978, he tried to write a novel, and failed. But what he found was the short form. A spark of truth can be transmitted in one moment of observation, Haiku-like. Martin Scorsese also recently mentioned this spark in a letter to his daughter, the spark of the original idea that must be protected at all costs. To not let oneself be led astray from one's starting point - by a convention that seems like it should be applied, or by what is supposedly successful - that's exactly what it's about. They both take the words right out of my mouth. That's what I mean when I talk about the unfinished, sketch-like natures in my programme: Giraffe, heartbeat, death, order, material, Cairo, Athens, system, end?