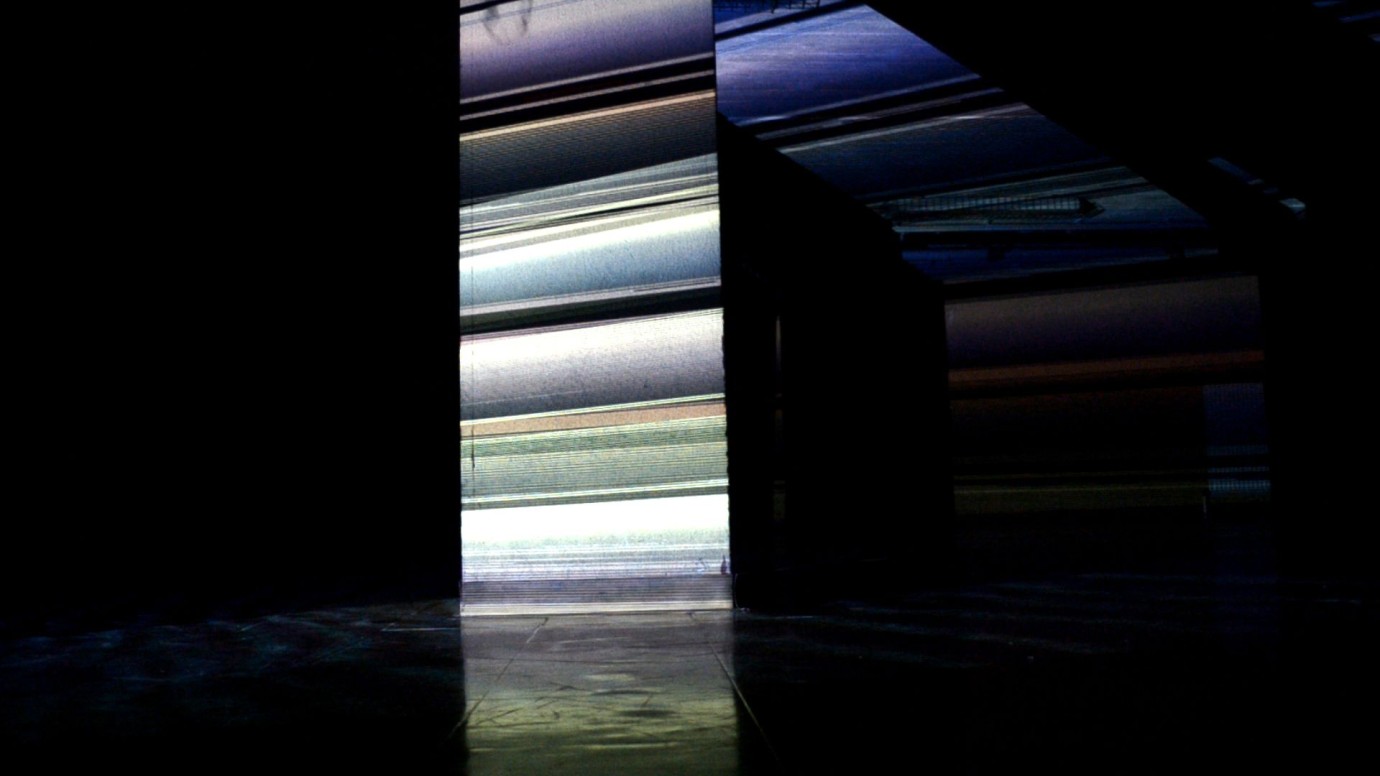 Darkroom. Black. No sound. Not yet space. Then an explosion of both: Sound and image, and a trip through the darkness begins. A visual journey in which space is merged with sound and lines. At times we think we recognise – a screen, a Ficus benjamina, a row of chairs. A nothing. A red. The association to cinema is grasped at by the synapses, only to be forced to let it fall again, as the colours absorb the screen itself. They flash through the black. Musicians Dieter Kovacic and Peter Kutin compose sounds and atmospheres into a dense world of the abstract. Owing to the pace of the absolute composition of lines and colours, Billy Roisz avoids contextualisation, thereby creating an area of tension for one's own subjecive perception that is allowed to roam outside the perimeters of narrative prerequisites. Such an opportunity is a liberty in a world in which the story, with all of its dramaturgical rules, has taken up maximum space.
After her 2012 film ZOUNK!, Billy Roisz is once again represented in competition at Berlinale Shorts.
by Billy Roisz Austria 2014 13’