Images as Only Cinema can Offer

For more than 32 years, the Panorama has highlighted current trends in art house cinema. In our interview, section director Wieland Speck discusses the upcoming programme: images of the Arab Spring as only cinema can offer, crazy genre films, queer memory and commonalities shared by different liberation movements.

Film stills from the Panorama programme 2012

The Panorama is one of the most diverse Berlinale sections. Can you talk about its profile?

The Panorama is an audience-focused section with a certain popularity. We give out the festival’s only audience award, which well over 20,000 people vote on. With a concentration on independent cinema, 30 years ago we bridged the gap between the very intellectual Forum and the glamorous Competition. Today we have this reputation and it still holds true. American independent films, in particular, were a pillar of the programme for a long time. Today, it’s different. The thematic and geographic emphasis shifts according to what’s happening in the world. This year it’s the Arab Spring. We’re showing several feature and documentary films from the region, about the region and also directly about those events.

A further feature of the Panorama is queer cinema. The TEDDY queer film award was born here and we run the Queer Academy as a platform and as a place to preserve queer memory. Several enlightening documentaries in this year’s programme fit with this concept. 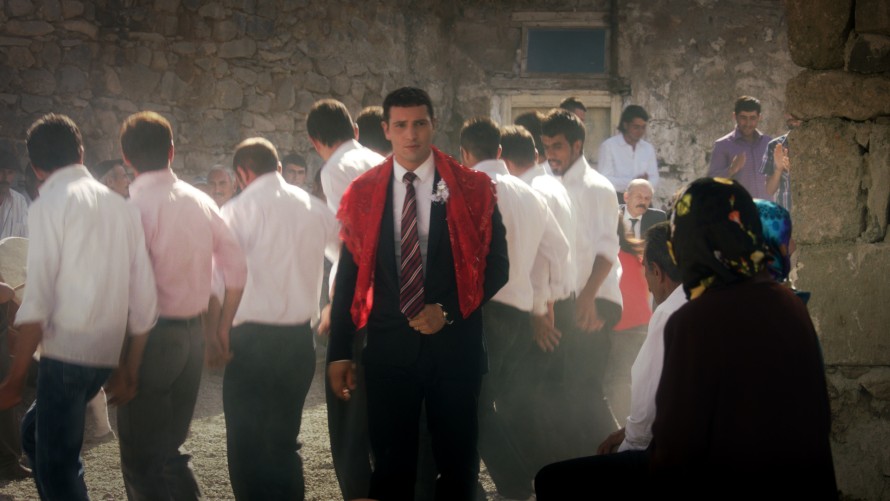 The Arab world and the Middle East

You have already mentioned that one of this year’s focal points is the Arab Spring. In 2009, you made the observation that the more tense the situation become, the more films concentrate on the microcosm. Do you think that statement is true when looking at this year’s programme?

For the opening film of the main programme, which is traditionally shown on the Thursday parallel to the Competition, I always pick a film that somehow reflects the Panorama programme as a whole. This year it’s KUMA, the debut film of Umut Dag, an Austrian with Kurdish rots. The story begins with an arranged marriage in Turkey. The extended family into which the bride has married lives in Austria: father, mother, three children, cousins. As soon as the young woman from the Turkish hinterland arrives in Vienna, it becomes clear that she was only married to the son on paper. In reality, she is the second wife of his old father. The background is the serious cancer suffered by the mother. But of course not everything goes as the mother arranged, and the father ends up dying instead of her.

This director is truly a new discovery! He has everything I could wish for from a filmmaker. He tells a story, works well with images, develops a harmonious rhythm and uses music well to support the story. It’s an example of modern, but at the same time classic, narrative cinema, which I was especially pleased about. I find that before one does other things, one has to see and understand the fundamentals of storytelling. 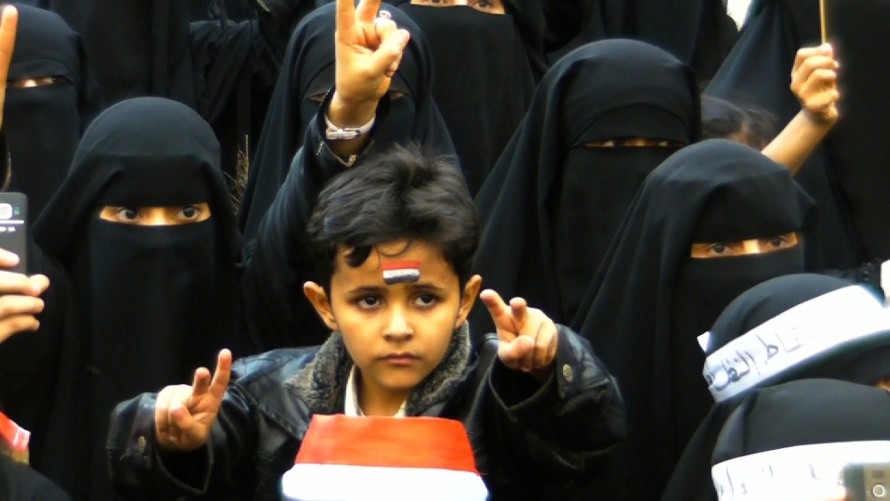 The opening film of Panorama Dokumente makes for a strong, political start. By political I mean that it sparks further debate. When I watched The Reluctant Revolutionary, I couldn’t believe my luck, because it presents images from the burning revolution in Yemen, unlike anything we’d seen on television.

Sean McAllister shows us the collapse of tourism in Yemen. The last tourist is an English journalist, who finds himself in an especially precarious situation because of his profession. His tourist guide Kais is totally apolitical, purely a businessman. At first, he is very skeptical about the uprising. As a tour guide he feels responsible for his guest, also when he shows more and more interest in the uprising. As the film progresses, Kais becomes increasingly politicized and sensitized to standing up for ones ideas. An unbelievable story, very elegantly told. We’ve already seen this merging of feature and documentary films in terms of narrative flow in past years. I positioned The Reluctant Revolutionary at the beginning of the “Arab Spring” themed series of films. It introduces the subject matter, which will continue throughout the entire festival, ending in a panel discussion in the Haus der Berliner Festspiele. Javier Bardem will present Hijos de las nubes, La última colonia (Sons Of The Clouds, The Last Colony) there, and the directors of the Panorama documentaries Words of Witness and In the Shadow of a Man are taking part.

In Words of Witness, a young female journalist asks passersby on the streets of Cairo about the current political and societal situation. Mostly women speak out. Their stories make the revolution tangible for the viewer. In the Shadow of a Man delves deeper into the topic, because here intellectuals and women in leading revolutionary roles speak, revealing the beginnings of the movement that go back to the 1980s. 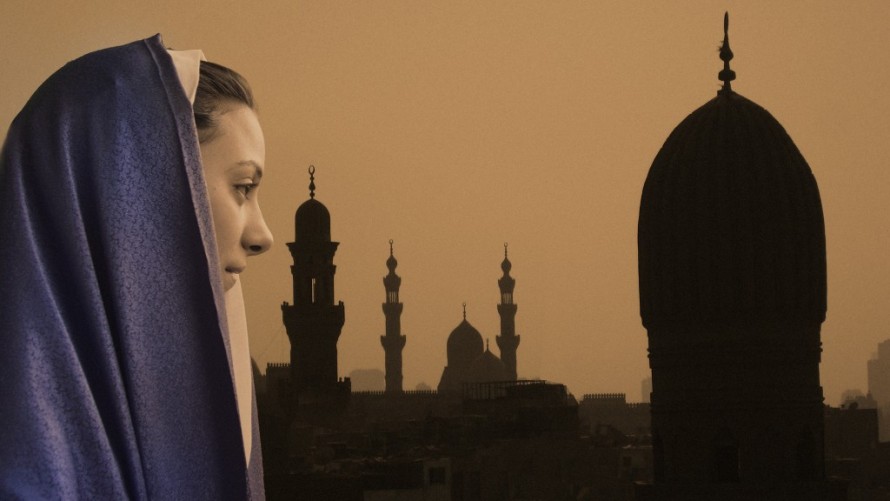 Another film from the region, but which shows a very different picture, is La Vierge, les Coptes et Moi (The Virgin, The Copts And Me) directed by Namir Abdel Messeeh. This film tells the story of a Coptic Christian family that has emigrated to France. The strictly religious mother firmly believes that an old videotape from her Egyptian village shows an appearance of the Virgin Mary. The son is a filmmaker and totally unreligious. He wants to get to the bottom of things and travels to his mother’s home village. With the amateur support of the entire village he tries recreate the appearance of the Virgin Mary using a blue screen. A wonderful and truly funny film within a film and - amidst all the serious issues from that part of the world – a true stroke of luck.

Two further films in our programme focus on a very different type of movement: nomadism. Sharqiya is about the Israeli Bedouins, who are supposed to move into newly, specially constructed villages, and Wilaya tells of the fate of the Sahraui in Western Sahara, a region that was long a Spanish colony and then finally divided up by Algeria and Morocco. This meant that the nomads could no longer travel as they had for hundreds of years. Both films impressively show the misery of staying put for these nomads, and how the resulting vacuum begins to be filled with the petit bourgeois model of life imported from the West. It is a paradox: in an era in which the cosmopolitan feels at home all around the world, nomads must stay in one place.

And how about other feature movies? Is the “wave of genre innovation” continuing?

Absolutely! Take, for example, Mai-wei from South Korea. As a European you can’t believe your eyes and ears while watching this war film. A totally mad work, that tells the story of World War II from a Korean perspective. The central characters are two boys, one from a Korean and one from a Japanese family. Both are sprinters, competitors and friends at the same time. It’s an elegant, deliberate way to treat both boys as equals. Then the curtain of history is drawn apart: both boys become soldiers in the Japanese army and meet one another again in German uniforms on a Normandy beach during the Allied invasion. In battle scenes, it rains bombs, blood spurts. When have we ever seen the events in Europe from a Korean perspective? That can really look different. The film draws on the myth or historical fact that during the invasion a photo of a slight Asian man in a German uniform was discovered.

In Iron Sky, a related story is told, but under very different conditions: In 1945 a gang of Nazis escape to the dark side of the moon in a spaceship. On earth it’s now 2018 and a Sarah Palin type is president of the United States. She’s launching her campaign for reelection and, hoping for imagery that will go down well with the masses, sends a mission to the moon. The rocket lands, two people disembark. One of them goes ahead and discovers the Nazis’ swastika-shaped building. A German comes and shoots him. With the help of a part which was missing up to that point, a mad German professor manages to launch the Nazi spaceship, the “Götterdämmerung”. Under the command of the successor to the Führer, played by Udo Kier, the Nazis fly to earth, naturally in order to conquer it. As soon as they arrive, they’re discovered by the president’s PR agent, who immediately recruits them for the election campaign. A lot of fun! The totally bombastic images were financed and partially created through crowd-sourced money and ideas. 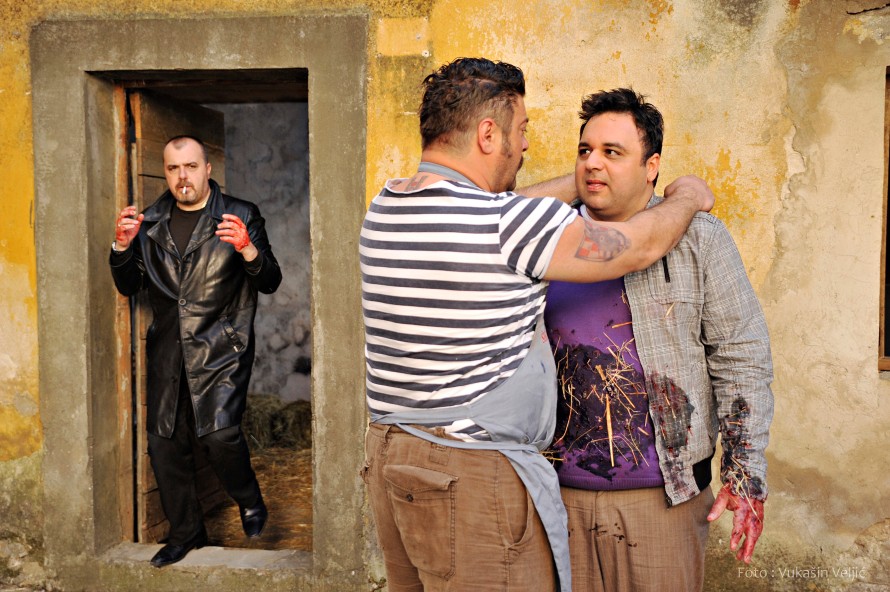 With Parada (The Parade), Srdjan Dragojevic has made a comedy about the gay scene in Serbia, a topic that’s not really a laughing matter. A young white-trash type woman wants to marry a gangster boss. The wedding is supposed to be organized by a gay planner, whose partner is a veterinarian who saved the life of the gangster’s fighting dog that was injured in gang warfare. In return, he demands some security personnel for the upcoming Pride Parade. This utterly crude mixture of elements resulted in an unexpected hit with audiences in Belgrade. 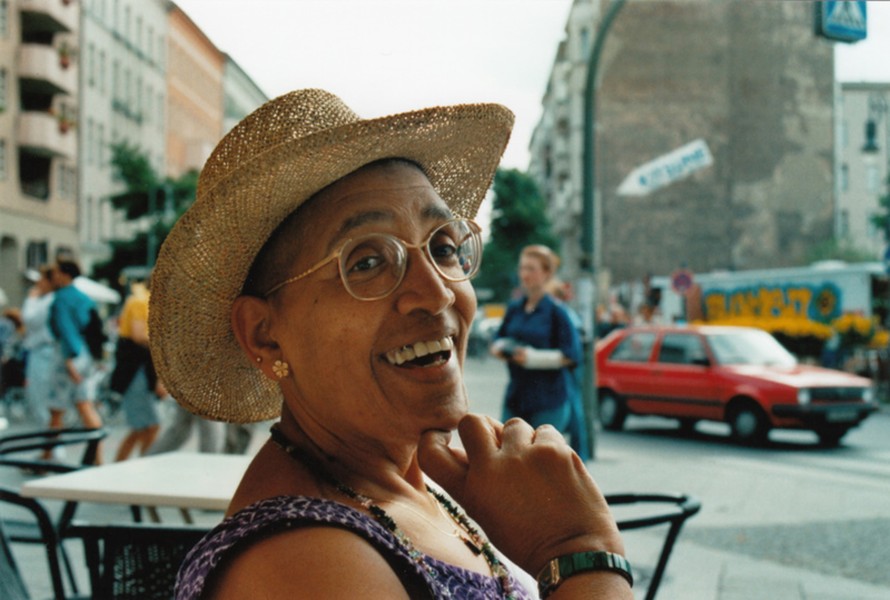 Can one understand the focus on queer memory due to the fact that in Germany it’s now less about emancipation than about issues surrounding relationships and ways of living?

I wish I could answer this question more directly. Unfortunately, it’s not that clear-cut. Nonetheless, one could actually get that impression, when one watches the German entries in the programme, particularly when it comes to the documentaries: We have two films about the history of the two gay movements in Germany: Unter Männern - Schwul in der DDR (Among Men - Gay in East Germany) and Detlef. You might not have guessed it, but there was a radical, political gay movement in Bielefeld in the 1970s, in which the key figure was even called Detlef. Detlef Stoffel. The two films are especially interesting in combination, because one can read East and West side by side. In Vito, as well, gay history unfolds through a particular person, though in this case in the USA. In the 1980s, Vito Russo held his famous lecture “The Celluloid Closet” in Panorama, which was called the Info-Schau at the time. The film by the same name became a mainstay of queer film history and received the TEDDY in 1996.

What can the gay movement learn from other social movements?

I believe that many different movements can learn from one another. The documentary Audre Lorde - The Berlin Years. 1984-1992 by Dagmar Schultz shows this with great urgency: Audre Lorde is a black, lesbian feminist, poet, author and human rights campaigner from the USA and an icon of lesbian culture. The film shows the various movements, the fight for black liberation, the emancipation of women and also the lesbian branch of feminism. The question of how the different groups have positioned themselves is made very clear here.