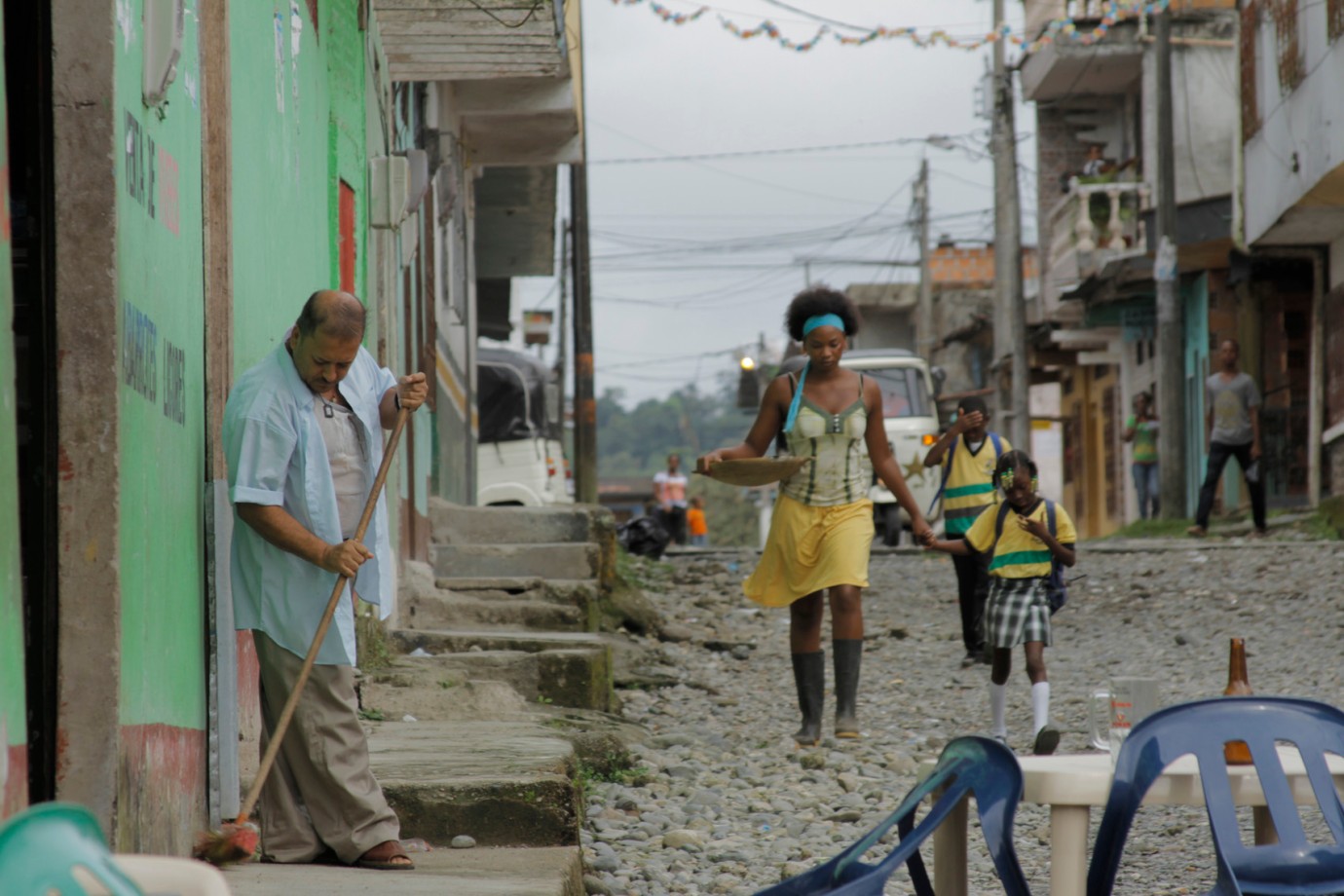 Chocó is twenty-seven years old; she has two children, a tiny wooden hut on the edge of a Columbian village, an underpaid job in a gold mine and a marimba-playing husband named Everlides, who gambles away the little money they have and forces himself onto her at night when he’s had too much to drink. Nonetheless she truly believes that things will get better. But then she loses her job, her daughter wants her birthday cake and Everlides spends the last of their savings. Chocó finds herself standing in the village shop she passes every day and in front of which Everlides drinks away all their money and loses at dominoes. She looks at the colourful cakes on the counter. You won’t get anything for nothing here, the fat shopkeeper reminds her. If you want a cake, I want you.
CHOCÓ is South American producer and screenwriter Jhonny Hendrix Hinestroza’s directorial debut. In quiet, low-key shots that casually capture the landscape of Columbia, he demonstrates how sometimes there’s barely breathing room between hope and despair.
by Jhonny Hendrix Hinestroza
with Karent Hinestroza, Esteban Copete, Fabio García, Daniela Mosquera, Ivan Restrepo Colombia 2011 80’ 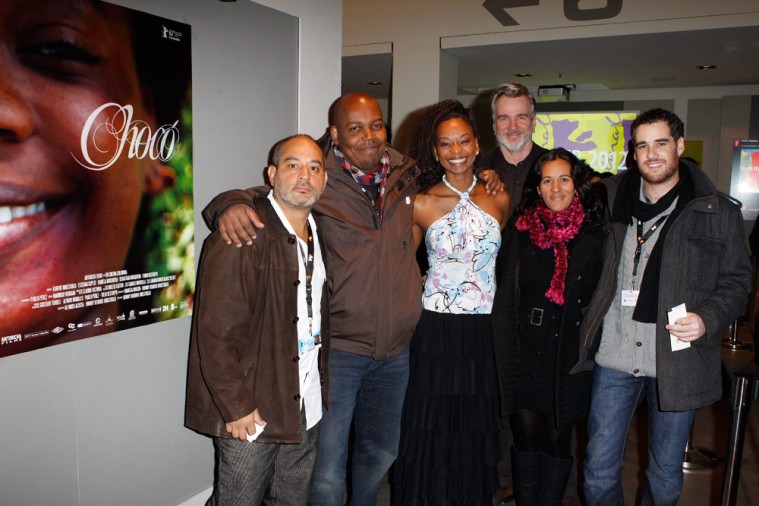