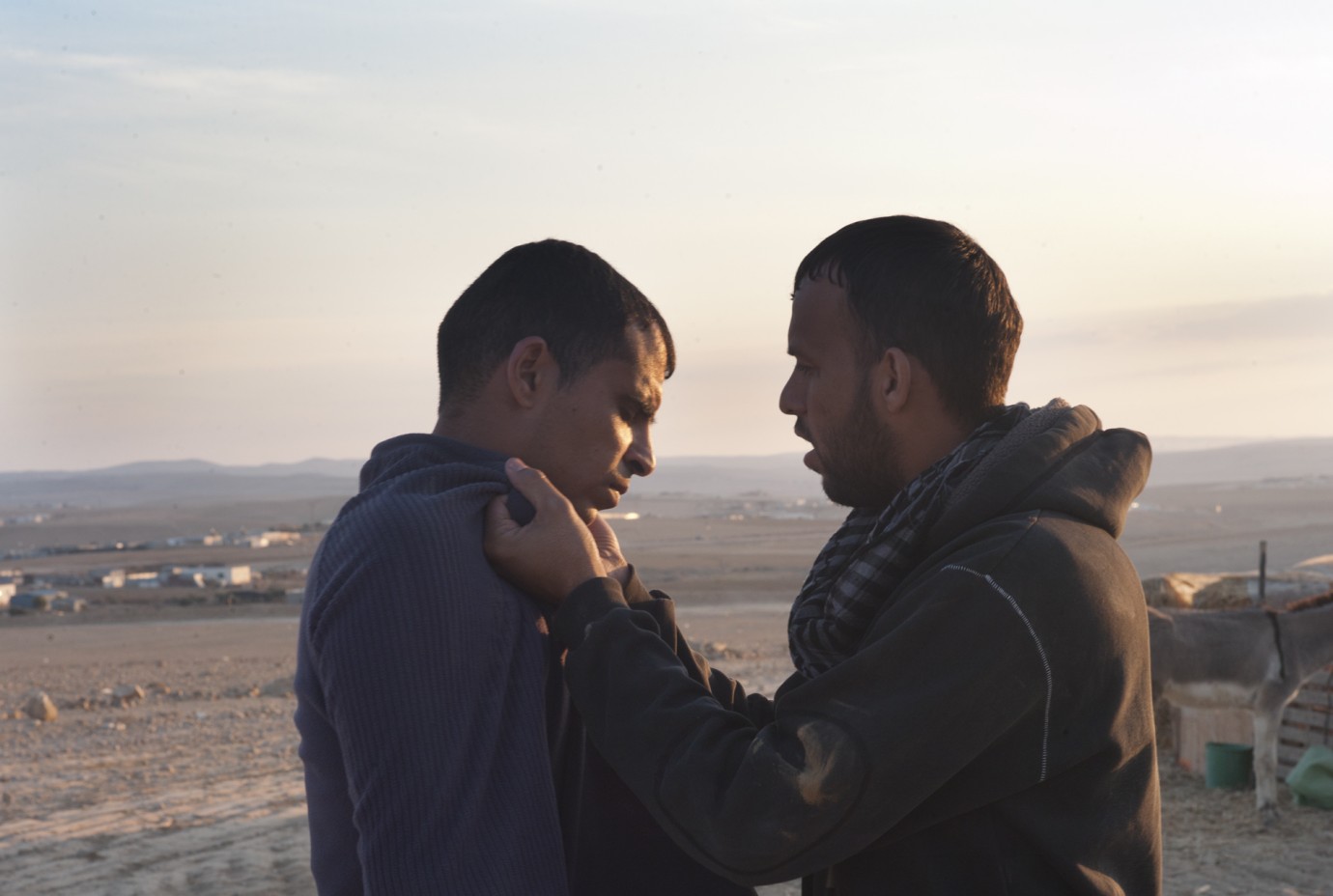 Kamel Najer is Bedouin; he works as a security guard at Be’er Sheba’s central bus station on the northern edge of the Negev desert. All day long he keeps an eye out for any suspicious-looking pieces of luggage which might contain a bomb. After work he goes back to the desert and the nomadic camp that has been assigned to him, his brother, his wife and a herd of goats. One day he returns to his hut to discover a directive from the authority responsible for Bedouins informing him that his home is to be pulled down. Although their family has lived in this desert region for centuries, they have no paperwork to prove they own the land. The nomadic lifestyle is a thorn in the side of Israeli authorities. Convinced he is in the right, Kamel uses the discovery of a bomb at work to draw attention to the problems of the Bedouin minority. But when he later turns on the generator to watch the news he discovers that his comments about the plight of the Bedouins have been cut out of the programme. With its unusual aesthetics, its proximity to its protagonists and its description of a suppressed but important issue this film is a far cry from the romantic portrayal of the desert in Lawrence of Arabia. In reality today’s desert dwellers are struggling to preserve their identity and are caught between a traditional way of life and modern times.