The Dynamite of the Split Second

"Our bars and city streets, our offices and furnished rooms, our railroad stations and our factories seemed to close relentlessly around us. Then came film and exploded this prison-world with the dynamite of the split second, so that now we can set off calmly on journeys of adventure among its far-flung debris. With the close-up, space expands; with slow motion, movement is extended." – Walter Benjamin*

22 films from 18 countries are competing for the Golden Bear for Best Short Film in the 2018 Berlinale Shorts. In this interview, curator Maike Mia Höhne discusses the focal points of the programme, the specific possibilities of short film and a special series on the 50th anniversary of the 1968 Movement. 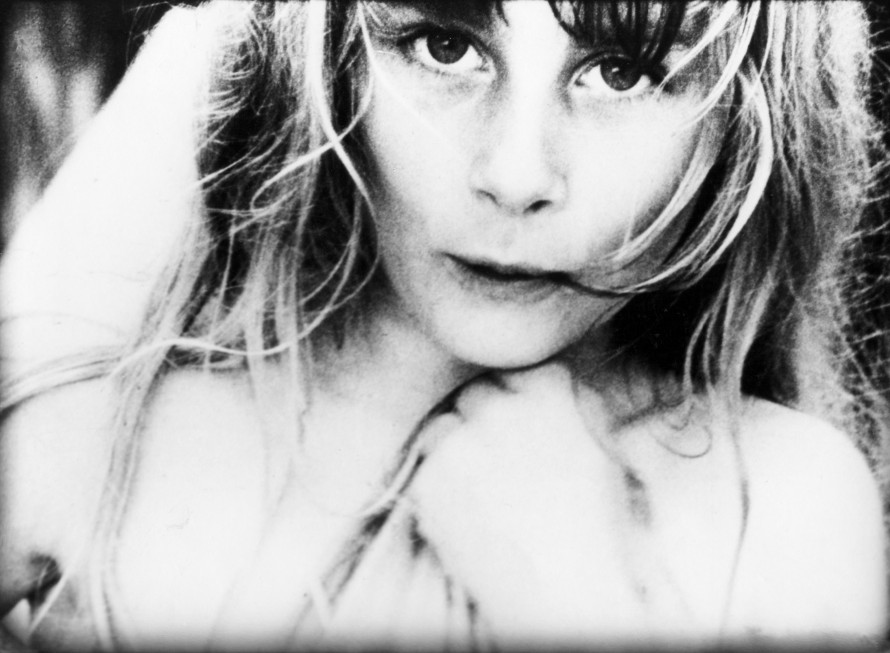 My Name is Oona by Gunvor Nelson

Short film is the barometer for what is coming. The Berlinale is the first A film festival in the year and it screens the films that will be talked about in 2018. In short films, the artistic signature of the director is written large. We are really delighted by these special and formative moments in the filmmakers’ careers! It is fantastic to see how they set off on their journeys and will eventually outgrow themselves.

What is being said in the 2018 competition?

2018 is going to be intense. The short film selection is bursting with energy. They are bold, wild films. Playful, serious and, above all, distinctive. Taken as a whole, the selection demonstrates the entire bandwidth of longing surrounding and guiding us, of the questions we are obliged to ask ourselves as a society. And a great strength of our programme is that we can also hear many voices from very diverse realities. For the first time, the Berlinale Shorts programme includes a film from Rwanda: in his hybrid work Imfura, the 27-year-old director Samuel Ishimwe shows us a young man who travels to his mother’s village for the first time. She disappeared during the genocide and he is searching for memories. Religious rituals, court proceedings, reunion with family members. It is thrilling and very rich. A complementary film to Imfura is Babylon by Keith Deligero. Two women set off to kill a dictator. Fearless, with many allies and lightning across their chests. Blood flows, there is gunfire and the good prevail in the end – a new voice from the Philippines which represents a cinematic tradition that doesn’t consider art house and soap opera to be incompatible. 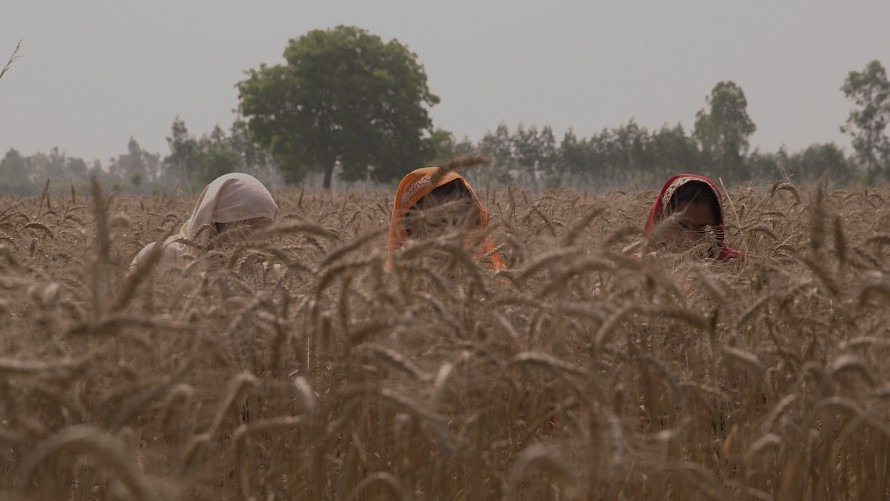 In their works, the filmmakers present strategies for self-empowerment. Onde o Verão Vai (episódios da juventude) by David Pinheiro Vicente contains nothing less than the young Portuguese director’s own reinvention of the creation story. Queer and adventurous, with friends. Simply put, it’s totally different. In contrast, in her documentary Circle, Jayisha Patel records the family as a hotbed of female trafficking. In this film, a grandmother is selling her granddaughter to be raped. Patel established a huge amount of trust within this family structure which made it possible for her to be present as a fourth confidante in the small circle. The daughter suddenly talks directly about the abuse and accuses her mother. As a consequence of her being able to put her experience into words, the girl is able to change the course of events. In City of Tales by Arash Nassiri, Los Angeles becomes Tehran. The lights sparkle as though on ecstasy; and all we hear are Persian dialects. A total change of senses and perspectives! 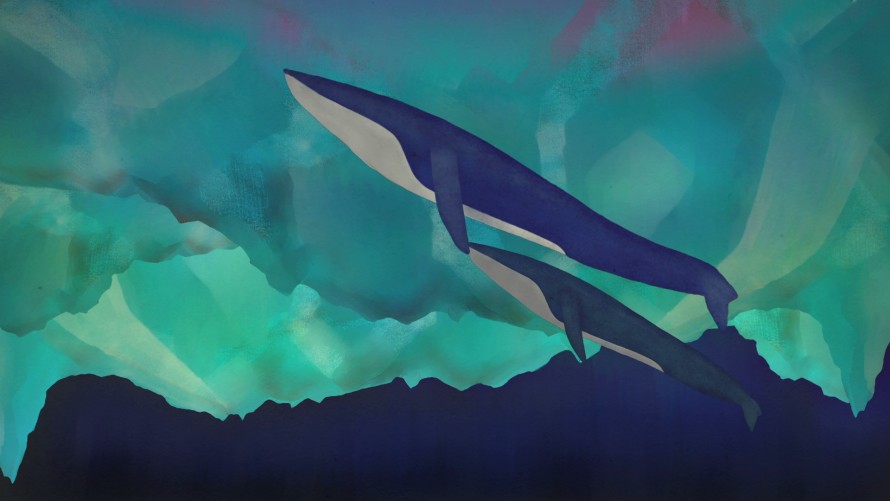 Two films deal with the situation of animals and, interestingly, both Le Tigre de Tasmanie by Vergine Keaton and Blau by David Jansen are animations. In Blau, we voyage with a cow whale and her calf through the vast ocean reaches. It sounds like an idyll but it isn’t. The mother is slaughtered in front of her young and the calf must fend for itself. It tries to make sense of the world. Between abstract art and real-life circumstances, such as the pollution of the seas, the calf moves through the big blue. Things are the other way round in Le Tigre de Tasmanie: the tiger lives in the zoo and paces around his cage. Hospitalism. He is one of the last of his kind. In Russa, co-directors João Salaviza and Ricardo Alves Jr. tell of the consequences of the inhumanity of the property market, that gold rush of the 21st century. What does it mean when, time and again, people are forced out of their neighbourhood to make way for society’s powerful? In Alma Bandida by Marco Antônio Pereira, a young man searches for gems in a pit. These treasures are a synonym for another life – different from the one he is leading on the edge of the Brazilian rainforest. And yes, films are gems too, wishes and hopes shining out from the big screen!

Apart from all that, are there any other overriding themes in the 2018 Berlinale Shorts?

In 2018, we are commemorating the 50th anniversary of the 1968 Movement. Berlinale Shorts kicks this off with an exciting Special Programme, "1968 – Red Flags for Everyone", which connects various aesthetic positions - for example, Expanded Cinema, experimental film and essay films – and brings the films smoothly into the present day. Starting from their subjective perspective and the experience of that era, the films have lost none of their significance even today. VALIE EXPORT, Claudia von Alemann, Ula Stöckl, Peter Nestler, Wilhelm and Birgit Hein, along with various other artists, have created timeless works of art. 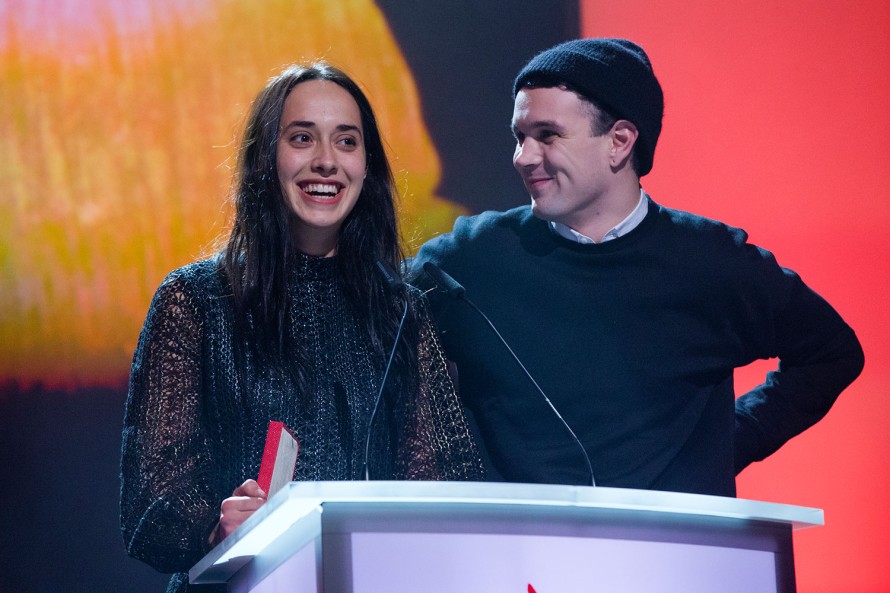 The winners of the Golden Bear for Best Short Film 2014: Caroline Poggi and Jonathan Vinel

Already three times in the past six years the Golden Bear has gone to Portugal. Is it a life changer?

The third generation of directors in contemporary Portuguese cinema have understood that fiction can provide a great narrative freedom in dealing with the present day. Films change lives and the Bears add a sheen. The Berlinale is an initiator and springboard of enormous import for the short film scene worldwide. The presentation of the Golden Bear for the Best Short Film is the highlight of the award ceremony! This prize is the greatest affirmation for the auteur cinema of the future. For example: in 2014 Caroline Poggi and Jonathan Vinel won the Golden Bear for Tant qu'il nous reste des fusils à pompe. Both said in an interview with ARTE that winning the Bear was an unequivocal signal for them that the radically taken path, remarkably consistent in its aesthetics, was the right one! In 2016 Berlinale Shorts screened their unparalleled film Notre Héritage; and last year Martin Pleure by Jonathan Vinel. Now their feature film debut Jessica Forever has been listed by chaosreigns in their top ten most anticipated films of 2018 – between Weerasethakul and Lars von Trier.

What can the short film do that the longer form cannot?

I really don’t want to make such a strong demarcation, because both forms can do a lot. I love short film for its concision and concentration and also for its ability to react quickly to a situation. The short form is a fantastic space for possibility.

How can the short film become even more visible?

I am currently considering creating an archive: a cinematheque of the short form. There are precedents in Denmark and France and the popularity of these archives, the demand for these films for a variety of situations – in teaching, research, programme design – favour the initiative. It is in keeping with the times to use the vast amount of films via an online archive outside of a festival presentation. Colleagues across Europe are working on similar ideas. We will meet at the Berlinale in order to coordinate our various aims. With VISION KINO the German Federal Government has created an initiative whose main focus is on cinema as a cultural space. Since 2017 there has been the opportunity for cinema operators to secure financial support for the presentation of short film programmes. Considering the diversity of the form, I would like to make it accessible – in cinemas, schools and universities, for museums and curators. 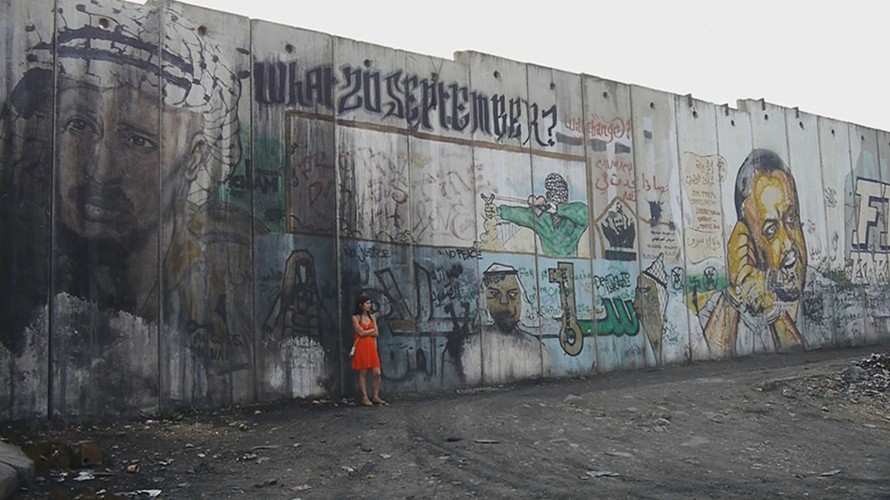 The Men Behind the Wall by Ines Moldavsky

In "The Work of Art in the Age of Mechanical Reproduction", Walter Benjamin wrote: "Then came film and blew apart this prison world with the dynamite of the split second [...]. Space is expanded by the close-up, movement by slow motion." That was in 1935/6. What can film do today?

Just as before, film explodes ossified notions and opens us up to a new vision. In The Men Behind the Wall by Ines Moldavsky, the director from Tel Aviv is interested in men from the West Bank and meets them via dating platforms. The transgression of borders is the subject of this artist’s film. On the technical side, digitalisation is facilitating the future of filmmaking. In both cameras and cinemas we are anticipating aperture ranges in excess of those of analogue photography. That means there are new areas of development in colour grading, in black and in white. In addition, there are places and situations we can reach by camera today that were unthinkable even in the 1990s: altitudes, depths, processes. These are new dimensions that can be told. In Imperial Valley (cultivated run-off) director Lukas Marxt secures stunning images from what is, today, a simple drone flight.

The festival family – that oft-cited bond between certain filmmakers and certain festivals... is there a solidarity between creatives and festivals?

Families are the basis of Greek tragedy and have thus been with us for quite a while. The potential for conflict in families is very high but, at the same time, families are wonderfully versatile systems. Beyond the competitive situation that comes with a festival that awards big prizes it is our declared aim to bring filmmakers together. Lots of close ties have been knit thanks to this very intimate work during the festival. It’s also about establishing cooperations beyond the competitive context. A family is a family, a festival is a festival – and the best of both worlds come together at the Berlinale to create a great eleven days!