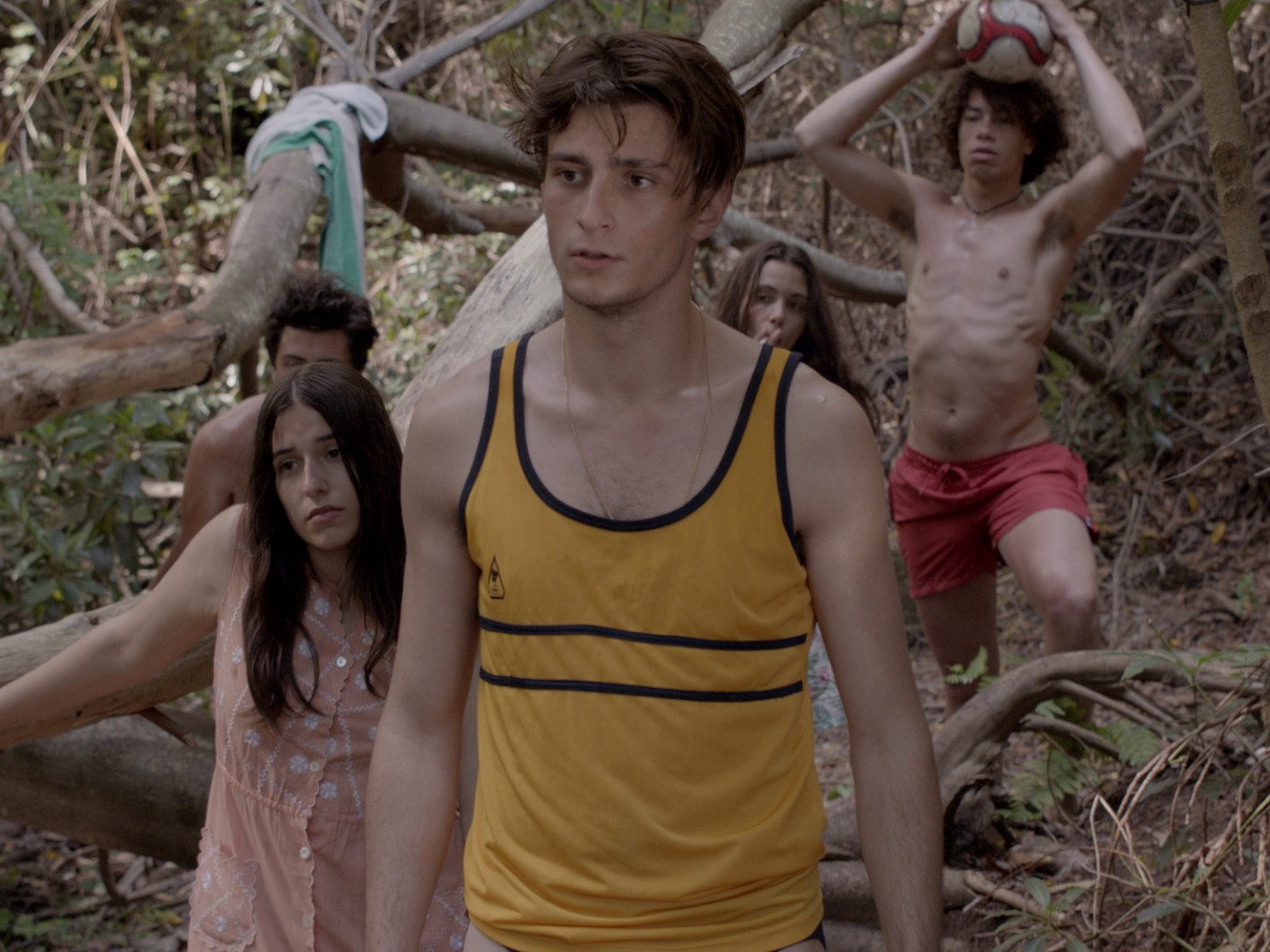 The summer heat shimmers. A group of friends drives to the forest. Their bodies are packed tightly into the car, four on the backseat and two up front. In the woods they happen upon a snake. The snake coils itself around the young man’s foot. The girl holds it in her hands. Two men eat peaches. The men kiss. After the kiss, the day is over.
The composition of the group in a picture frame recalls the early films of Asghar Farhadi, in which time and again the individual is also faced with the group. The staging of youth is modern and at the same time their gazes and gestures reference Baroque painting, without ever losing sight of the present day. In four chapters, 21-year-old David Vincente appropriates the beginning of all of the stories of the monotheistic religions and gives it a fresh interpretation. Reframing his-story.
Maike Mia Höhne
by David Pinheiro Vicente
with Miguel Amorim, Joana Peres, Rodrigo Tomás, Joana Petiz, André Simões, Rodolfo Major Portugal 2018 Portuguese 20’ Colour 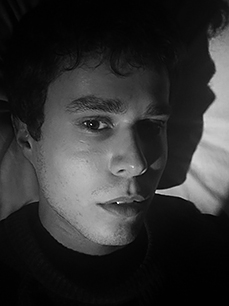 Born on Terceira Island in the Azores, he studied directing at the Escola Superior de Teatro e Cinema in Lisbon and is currently taking an MA in aesthetics. His documentary Simão screened at the 2016 DocLisboa film festival. Since then he has worked as an art director on several films and as an assistant director to Salomé Lamas.