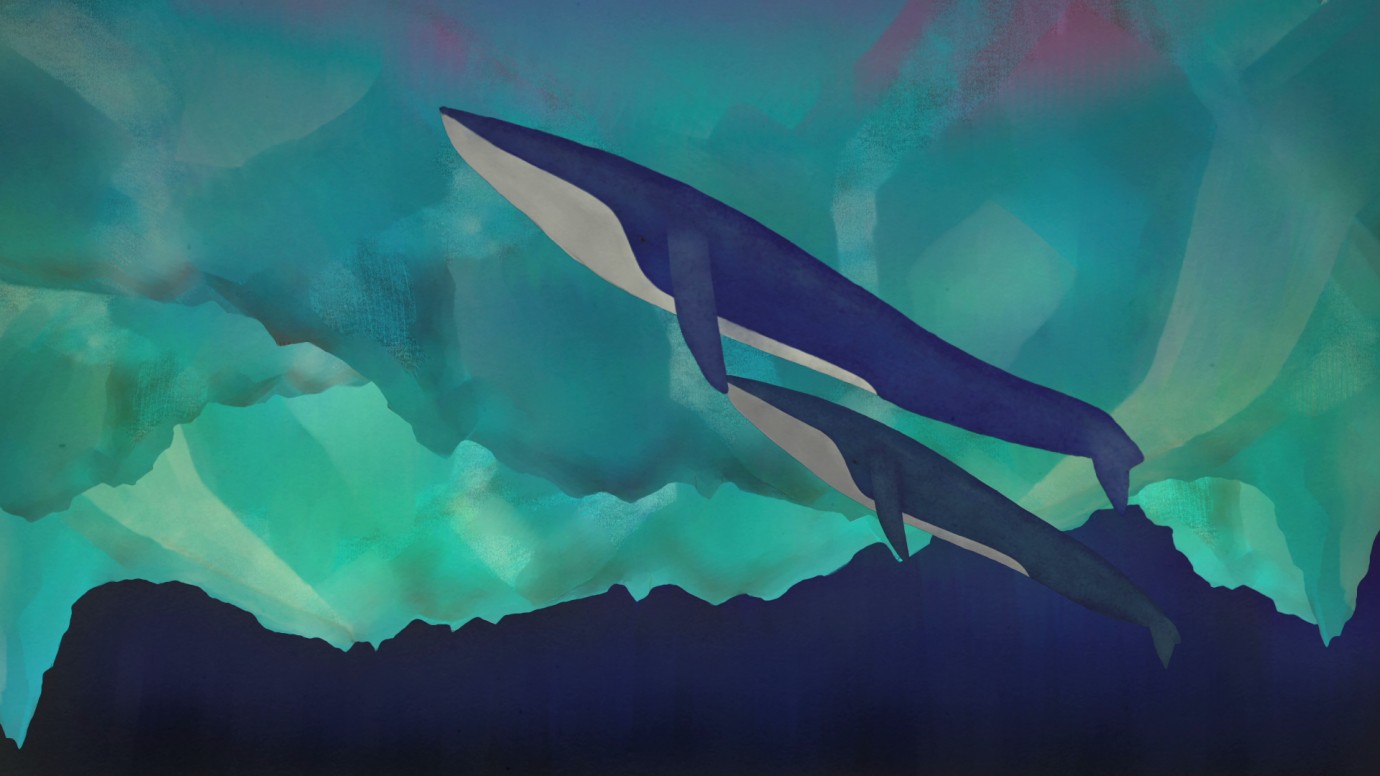 The infinite vastness of the ocean. A mother whale and her calf. An old folk belief says that a whale dreams for the entire duration of its life. In Blau, life and myth of the great mammal are woven together into a story of fantastic realism. The whale cow sets out on a journey with her calf. The mother dies en route: the child witnesses her murder first hand and is left to fend for itself from that point on. It explores its surroundings. A submarine can’t take the mother’s place. The sub explodes anyways, shortly after the calf nestles its muzzle on its steel side. With their technology, humans have forced their way into the habitats of others. The calf moves through inorganic objects that are visibly out of place. Who is dreaming what? The white square under water, the tip of the iceberg above. The calf begins to fly but is brought down by the hand of man. With a great degree of abstraction, Jansen tells of a very concrete reality. His entry into the world of the others enables the viewer to follow imagined emotions in peace, emotions that are not that far removed from reality. Jansen opens up space for associations.
Maike Mia Höhne
by David Jansen Germany 2017 Without dialogue 15’ Colour 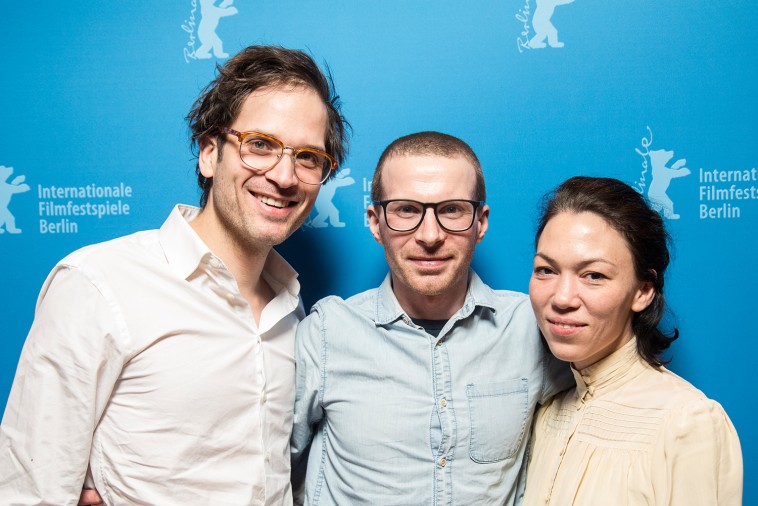 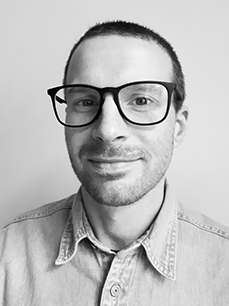 Born in Wipperfürth, Germany in 1981, upon leaving school he trained as a process mechanic for plastics and rubber technology. From 2006 to 2013 he took a foundation degree in media arts at the Academy of Media Arts Cologne (KHM). He currently lives with his family in Cologne and works as a freelance animation filmmaker. His film Däwit screened in the 2015 Berlinale Shorts.