"But abundance suits this festival, which draws crowds to commercial movies and challenging experimental work alike, even in the dead of a snowy, bitterly cold winter. While Sundance and Cannes can seem at once hermetic and frenzied – somewhat surreal media happenings in resort towns crammed beyond capacity – the Berlinale takes place in an art-saturated city that comfortably accommodates eclecticism and excess." – New York Times

2010 was the year the Berlin International Film Festival turned 60 – and one of the most important ways the Berlinale celebrated its anniversary was by “paying tribute to the city and the audience that give this festival its foundation. That’s what’s special about the Berlinale: everyone’s invited” (Berliner Zeitung). The spectacular highlight of the festivities was the world premiere of the almost completely reconstructed original version of Fritz Lang’s classic film Metropolis. The gala premiere at the Friedrichstadt-Palast in Berlin was accompanied by the Rundfunk-Sinfonieorchester Berlin and attended by numerous prominent guests from the worlds of art and politics, while the film was simultaneously shown at the Alte Oper in Frankfurt and projected onto a screen at the Brandenburg Gate. Prior to the event, the artist Christina Kim had created a unique curtain out of recycled film posters and Berlinale billboards that was hung from the Gate and then ceremoniously raised to reveal the images thought for years to have been lost forever. Hundreds of people came to see the film at Pariser Platz – despite the ice and the cold, which themselves ended up being a memorable part of the 2010 Berlinale. 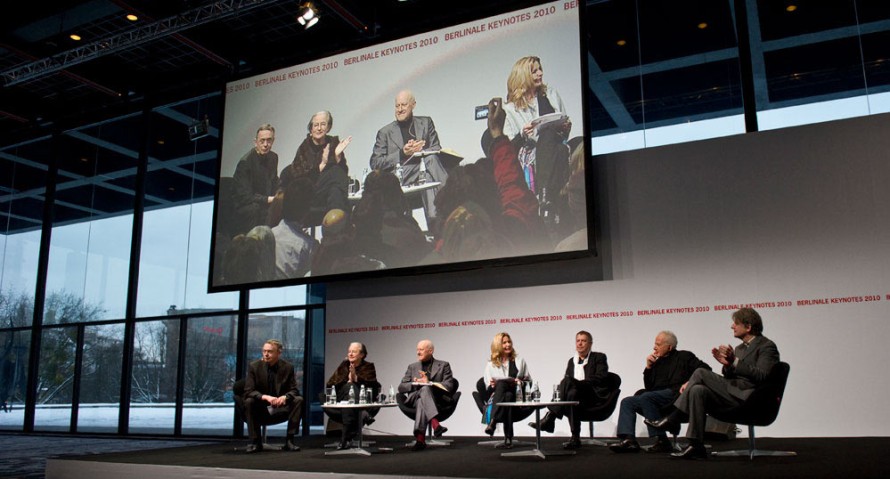 The Berlinale Keynotes in the Neue Nationalgalerie

The Metropolis premiere was not the only birthday surprise. Experts including star architect Norman Foster and Berlin-based experimental filmmaker Professor Heinz Emigholz came together in the Neue Nationalgalerie as part of the Berlinale Keynotes event on “The Cinema of the Future” to discuss the evolvement of cinemas, particularly in terms of their architecture, sociological function and place in the urban environment.

On the occasion of its 60th edition the Berlinale also multiplied its venues: in the “Berlinale Goes Kiez” programme, the Festival screened films for a period of eleven days at selected Berlin arthouse cinemas in neighbourhoods from Dahlem to Weißensee. Not only was public interest tremendous, so was the interest of the filmmakers in getting to know audiences on their own territory. The firmly rooted Berlinale tradition of audience discussions caught on in the neighbourhood cinemas, where lively conversations between film teams and film lovers took place after the screenings. Prominent German film personalities such as producer Claus Boje and director Christian Petzold sponsored individual cinemas and moderated the events. 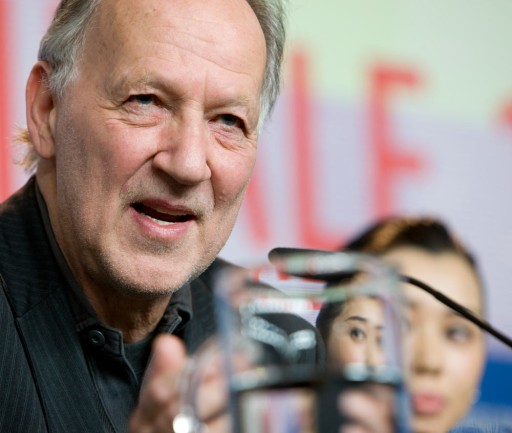 “It seems impossible to celebrate sixty years of the Berlinale with just forty films. But that’s exactly what the Retrospective succeeded in doing” (die tageszeitung). The Retrospective this year ventured a broader, external look back at the Festival’s history and left the programming up to British film critic David Thomson. His selection impressively demonstrated the Berlinale’s instinct for young talent and unconventional new approaches to filmmaking. Thus, for example, Jean-Luc Godard’s debut film À bout de souffle shaped and transformed cinema after 1960 like no other. With films like Lebenszeichen, Jury President Werner Herzog’s first film, Thomson’s programme also included a number of allusions and intersections across the Festival’s history. In this way, the cinematic journey through the years created a remarkable portrait of the Berlinale, full of discontinuities and breaks, but also of connections and long-term relationships.

The Homage was devoted to actress Hanna Schygulla and screenwriter and director Michael Kohlhaase, two personalities of outstanding importance in the history of German film as well as in the history of the Berlinale.

The Competition in 2010 was once again richly and glamorously adorned with the newest productions from around the world. A host of directors, actors, and film team members came to Berlin to present their works, and the stars cavorted on the red carpet. Old master Martin Scorsese came to visit, bringing with him his new film Shutter Island along with its leading cast Leonardo DiCaprio, Ben Kingsley, Mark Ruffalo and Emily Mortimer. Crowds of spectators thronged to the Competition premieres. Ewan McGregor and Pierce Brosnan introduced The Ghost Writer by Roman Polanski, while many a fan’s heart beat faster at the sight of Indian Bollywood star Shah Rukh Khan. 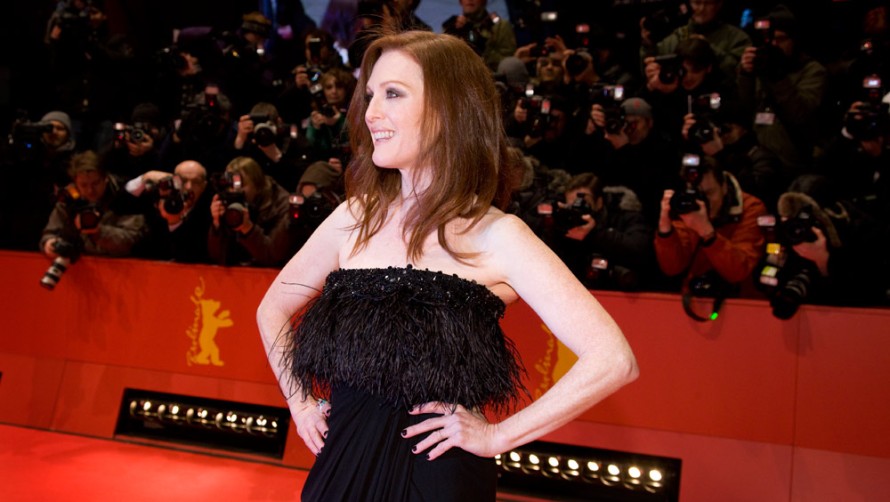 The stars gave countless autographs on their way into the Berlinale Palast, many evenings in the driving snow. But none of them shied away from coming into immediate contact with the enthusiastic Berlin audiences, who altogether bought almost 300,000 tickets, breaking last year’s record.

Once again it was the quiet, unobtrusive films that were compelling to both audiences and the jury, and in the end it was a little boy who conquered the hearts of Werner Herzog’s jury members. Young Bora Altas who played the leading role in Semih Kaplanoglu’s Bal (Honey) tipped the scales in his film’s favour and the Turkish-German co-production was awarded the Golden Bear. Florin Serban won both the Jury Grand Prix as well as the Alfred Bauer Prize for his film Eu cand vreau sa fluier, fluier (If I Want To Whistle, I Whistle). Roman Polanski, who at the time of the awards ceremony was under house arrest in Switzerland, received a Silver Bear for Best Director. The evening’s big winner was Kak ya provel etim letom (How I Ended This Summer). This Russian production, directed by Alexei Popogrebsky, garnered three prizes: actors Grigori Dobrygin and Sergei Puskepalis shared the prize for Best Actor ex aequo and cinematographer Pavel Kostomarov was awarded a Silver Bear for his Outstanding Artistic Achievement in the Category Camera. After the grand awards ceremony the Festival closed with the film Otouto (About Her Brother) by Japanese director Yoji Yamada, who also received a Berlinale Camera from Festival Director Dieter Kosslick in recognition of his long and remarkable career. 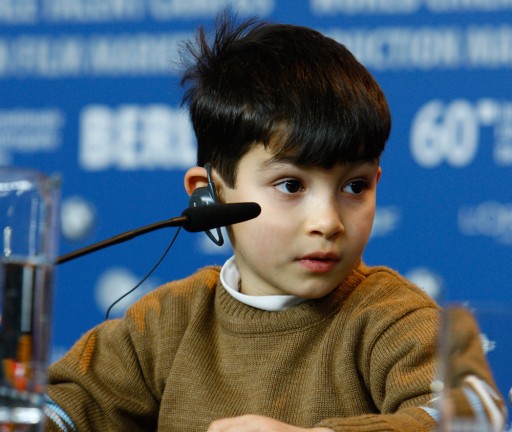 Bora Altas at the press conference for Bal (Honey)

In light of both its crowned and uncrowned gems, "the Berlinale with this Competition once again showed itself to be a showcase for thoughtful and sensitive world cinema" (Spiegel Online), which is often drowned out in the everyday film business by blockbuster bluster. At the same time, some critics did complain about the perceived lack of radical and provocative works in the Competition, one of them mourning the "wild bear" of the past (Frankfurter Rundschau).

Another anniversary and a farewell

The Panorama, Forum, Generation, Berlinale Shorts, Perspektive Deutsches Kino and Culinary Cinema sections presented the Berlinale’s diversity of themes and forms in their usual outstanding way. Leading up to the Festival, Panorama section director Wieland Speck spoke of “a new global boldness”, which was corroborated by his programme in the days to follow. The documentaries seemed at times to be stealing the show from the feature films – at least according to the results of the Panorama Audience Award: Berlinale audiences voted five documentary films to the top of the list. In the end Lucy Walker prevailed with Waste Land and set a record as the first director to be awarded the coveted prize twice (in 2007 she won with her film Blindsight).

At 40, the Forum also had a milestone anniversary to celebrate. It was observed with twelve blocks of films looking back at years past, with section history highlights by Hou Hsiao Hsien to Chantal Ackermann selected by different Forum directors. Two founding members and long-time curators of the International Forum of New Cinema, Ulrich and Erika Gregor, were also honoured with a Berlinale Camera. Initiated in the late sixties as a counter-event to the Berlinale and as a platform for political, private and formal extremes and experiments, the Forum stayed its course in the 60th Berlinale year. Forum Expanded provided an additional artistic space for reflection and innovation, inspiring and offering up for discussion new developments on and beyond the screen. 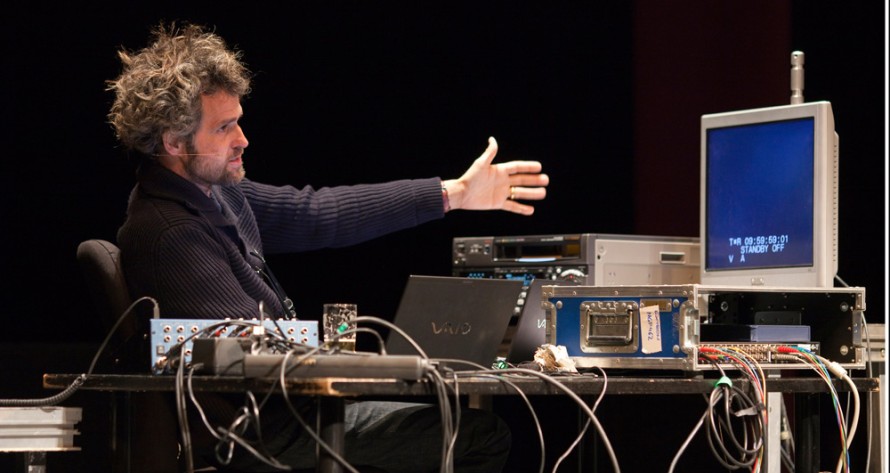 Many of the films in the Generation section this year played with the boundaries between film and reality and drew an enthusiastic young audience as well as numerous industry guests to the sold-out screenings. The German film Neukölln Unlimited , which won the Generation 14plus competition, “magically cast its spell over every single viewer” according to the jury’s statement. This documentary by Agostino Imondi and Dietmar Ratsch paints a precise portrait of three Lebanese siblings in urban Berlin.

The Berlinale Shorts were refreshingly heedless of conventional film language and in many cases positioned themselves “between the arts”. The Golden Bear for Best Short Film accordingly went to the Swedish film Händelse Vid Bank by Ruben Östlund, which tells its story in a single shot. 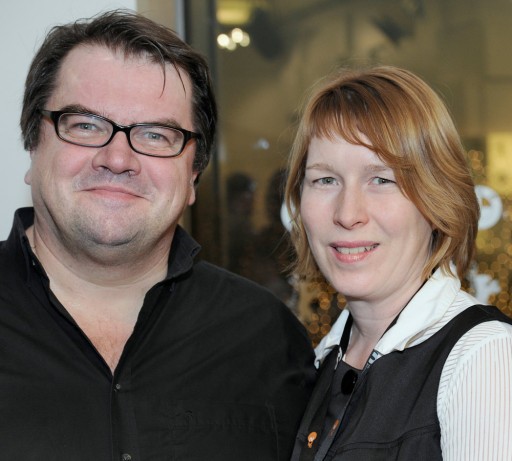 The anniversary year was the last year for Alfred Holighaus as director of Perspektive Deutsches Kino. He will take on new challenges as part of the management of the Deutsche Filmakademie and has left the section’s leadership up to his programme coordinator of many years, Linda Söffker. Holighaus’ film selections for the 60th Berlinale once more provided a strong and unconventional overview of German filmmaking in a variety of formats and genres.

The eighth edition of the Berlinale Talent Campus gave 350 young film artists from 95 countries the once-in-a-lifetime opportunity of coming face to face with the best in their fields. This year’s theme was “Cinema needs talent – Looking for the Right People”. The talents met with more than 150 invited international experts and Berlinale guests – including Claire Denis, Sir Ken Adam, cinematographer Christian Berger and director Stephen Frears – in over one hundred events such as workshops, panel discussions and training sessions to exchange ideas about the possibilities of collaborative filmmaking. The Campus itself provided the setting for just that, enabling participants to create networks, make new contacts and launch new joint projects. 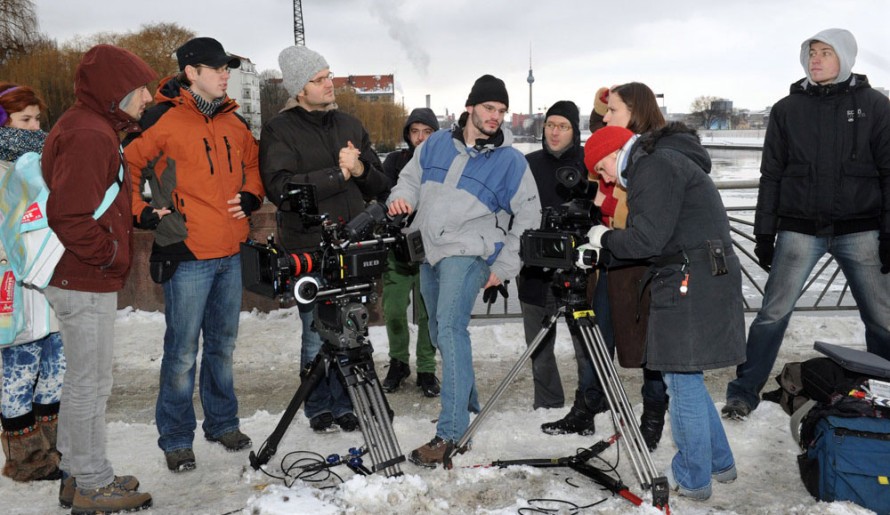 The World Cinema Fund’s joy over the remarkable success of its funding strategy – just one example being this year’s Oscar nomination for the 2009 Golden Bear winner La teta asustada – was sadly overshadowed during the anniversary Berlinale: director Jafar Panahi, who was invited to attend a WCF panel discussion as an honorary guest, was refused permission to leave Iran and was later even arrested along with other Iranian filmmakers. Festival Director Dieter Kosslick spoke for many when he expressed his great concern and dismay at the arrests.

The 2010 European Film Market’s balance sheet testified to clearer skies, reporting 6,450 industry guests and – finally – a “spring-like upturn” in Berlin. After the crisis year of 2009, in which the world financial crisis left an unmistakable mark on film funding, the mood was optimistic.

In its seventh year, the European Film Market affiliate Berlinale Co-Production Market not only brought together the producers and directors of 37 international film projects with interested co-production and funding partners, but also paved the way for new business relationships at the “Talent Project Market” and “Breakfast at Books”. It will be exciting to see whether the contacts made at the 60th Berlinale will produce the next generation of films to lure Berlin audiences out of their warm apartments into the snow and ice on the way to the cinema.

Facts & Figures of the Berlinale 2010