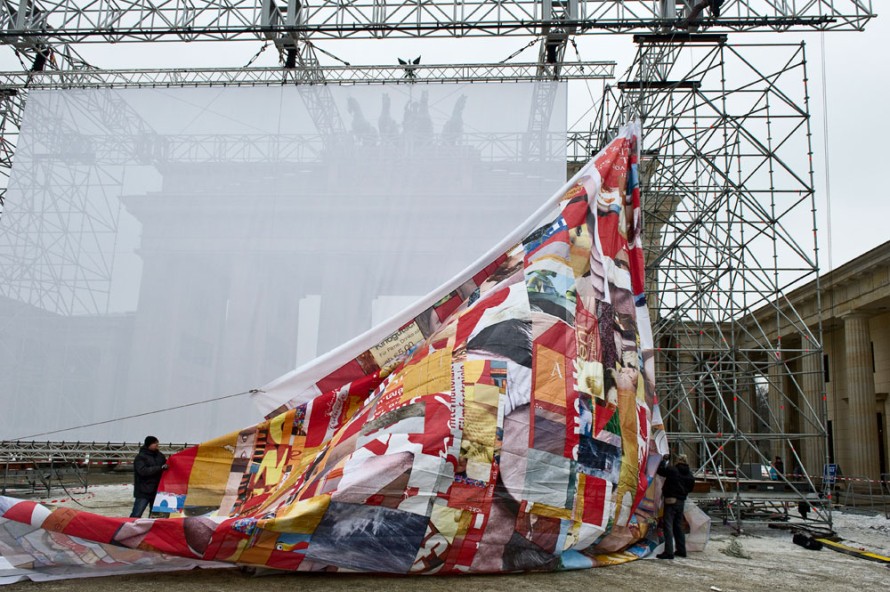 From February 12 to 15, 2010, a unique art installation entitled “The Curtain” told of the magic and power of cinema: renowned artist and international Korean-American designer Christina Kim ('dosa') created a 300–square-metre symbolic movie-theatre curtain from recycled film and Berlinale billboards. After the opening ceremony on February 12, the world premiere of the restored original version of Fritz Lang's Metropolis was transmitted live to the public from the Friedrichstadt-Palast to a screen at the Brandenburg Gate. The public was invited to enjoy this significant moment in the history of film - free of charge - at this very special setting. About 2.000 spectators were part of it. 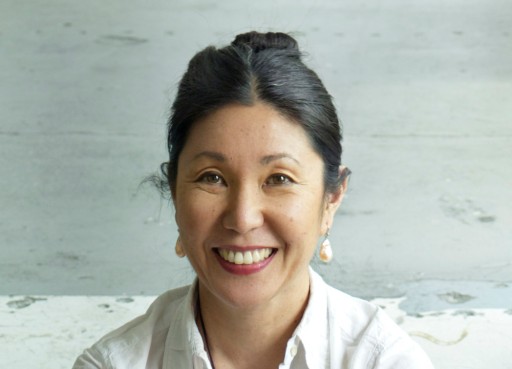 Christina Kim was born in Seoul, Korea in 1957. Her family immigrated to the US when she was fourteen. Kim completed her B.A. in Fine Arts in 1982 and worked at a menswear company in Italy before starting her own label in New York in 1984. Within a few years, her business was no longer a one-woman endeavor but the clothing design company dosa, with 30 employees, a restored full-floor manufacturing space in a loft building in downtown Los Angeles and a retail store in New York.

As the company grew, Kim was often invited to participate in projects developing organic textiles or creating economic opportunities for women in indigenous or distressed communities. Kim developed modern, marketable designs using the new textiles or the traditional craft practices of the individual community. She has worked in Mexico, South Asia, Bosnia, Kenya and other places around the world. This work has deeply influenced Kim's design philosophy. Her work has not only supported numerous environmental and economic sustainability initiatives, it has received awards for design excellence. Kim was included in the United States Library of Congress publication, Women Who Dare, in 2006.

Kim prepared an installation for and participated in a UNESCO conference on education and sustainable design in Ahmedabad, India in 2007. In 2008, Kim prepared installations and an exhibit in Bologna, Italy for the 'Creativity, Technology and Design' focus group at the Institute of Advanced Studies at the University of Bologna. In the past decade, Kim has become increasingly interested in using recycled materials in her work and in collaborations with other artists and designers. The company, as well as much of the production of its clothing and housewares collections, remains located in Los Angeles; dosa is sold in eighty stores and twenty countries.

The installation was supported by the Berlin Capital Cultural Fund.