“‘A festival against the crisis’ is how Dieter Kosslick referred to the 59th Berlinale. It has become a film festival of superlatives, which, with 270,000 tickets sold, was able to announce new record audience figures.” – Blickpunkt Film 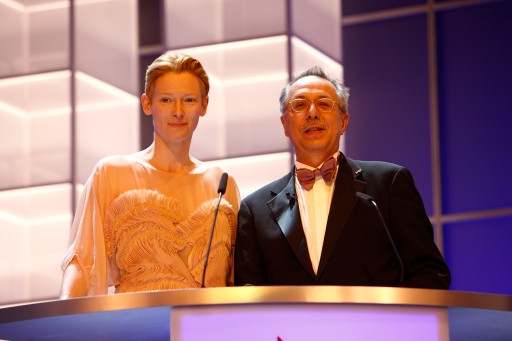 The omens for the 59th Berlin International Film Festival didn’t look good: since the global financial and economic crisis began to send shockwaves in the summer of 2008 there was a certain insecurity about how these events would impact the cultural scene and especially the festival activities of the Berlinale. And yet, this year, it wouldn’t be as bad as many had perhaps feared.

The European Film Market (EFM) - the central commercial meeting point of the film industry is the most sensitive barometer in this respect – was not untouched by the effects of the crisis, but nonetheless remained surprisingly stable considering the pressure. Alongside the lively market bustle in the Martin-Gropius-Bau, the “EFM Marriott Office and Stands” in the hotel of the same name on Potsdamer Platz enjoyed a successful debut as a new, second EFM location. Still, the EFM Industry Debates saw much discussion on relevant strategies about how the film industry could address upcoming problems and changing conditions.

Co-productions as a model for the future

In difficult financial times – though not only – collaboration between film production companies helps create a new perspective. And so it’s not surprising that the sixth Berlinale Co-Production Market generated so much interest and could draw a positive balance: 36 projects from 23 countries presented, more than 1,000 pre-arranged producer meetings and diverse, well-attended events such as the Talent Project Market. Here, the selected talents came directly from the Berlinale Talent Campus in the HAU theatre, where 347 next-generation filmmakers from 103 countries met under the banner “Suddenly, it all happened – the turning point in close-up”. Together with his organizing team and countless experts, the new programme director Matthijs Wouter Knol not only ensured extensive engagement with “turning points” of all kinds, but also an entire series of inspiring encounters with experts as well as exchange and networking amongst the talents themselves.

The financial crisis was also reflected in many of the festival entries, in the broad sense of a (more or less direct) reflection of existing economic and social structures. The festival kicked off with Tom Tykwer’s opening film The International about the criminal activities and political influence of international financiers. Nearly every festival section saw different approaches to the issues of global interdependence and economic and social inequality. 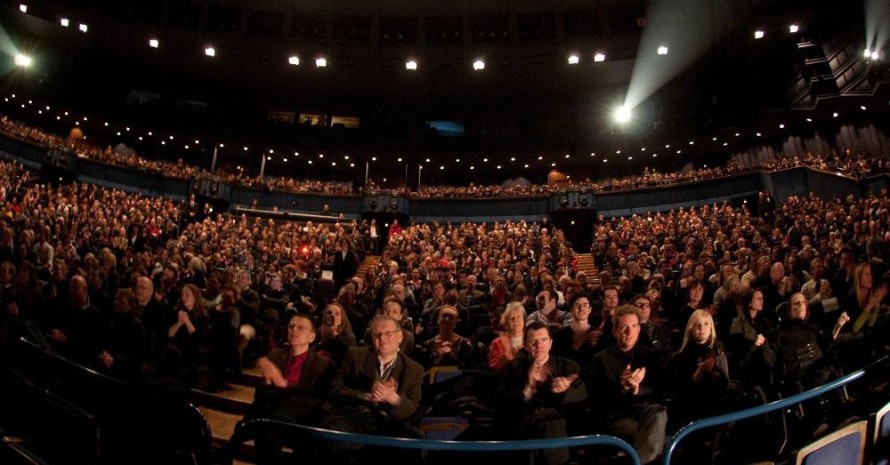 The audience at Friedrichstadt-Palast

Finally, the theme played an important role in the Culinary Cinema series: Food, Inc. by Robert Kenner took a critical look at the machinations of global food companies, filling up the Friedrichstadt-Palast, which for the first time served as a new venue for opulent Berlinale Special gala events and Competition repeat screenings.

Record audiences – thanks to new venues

Apart for the Cinema Paris in the Institut Français as an additional new cinema for the Berlinale Special section, and the Cosima, in which the long-term documentary Berlin – Ecke Bundesplatz was presented, the success of the Friedrichstadt-Palast – now the largest venue of the festival with its 1,750 seats – played a significant role in the enormous boost in ticket sales compared to the previous year. (274,112 tickets versus 240,098 in 2008). At the same time, the sales figures are of course an indicator of the uninterrupted pull the Berlinale continues to have on audiences: “The festival [...] makes a case for going to the cinema and, year after year, that case is heard” (FAZ).

As an expression of a person’s special connection to the festival, three Berlinale Cameras were presented in 2009. The awards for French director Claude Chabrol (Bellamy) and German producer Günter Rohrbach (Effi Briest) were announced in advance, while the honour for the 100-year-old, still active Portuguese director Manoel de Oliveira (Singularidades de uma rapariga loura) was a fantastic surprise. 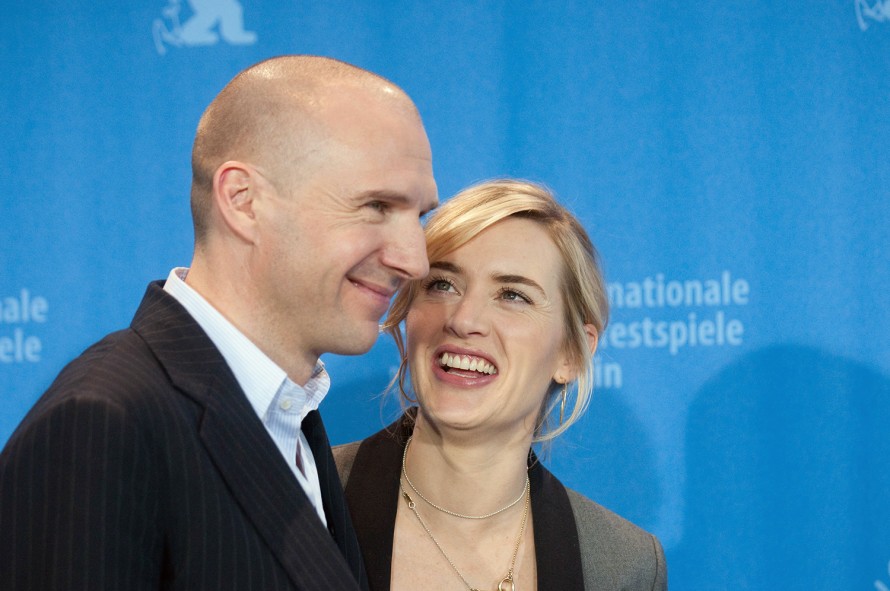 As usual, most of the international film celebrities like Demi Moore, Willem Dafoe, Clive Owen and Keanu Reeves were seen on the Red Carpet of the Competition. The encounter with the Berlin public once again highlighted a decisive difference to other big film festivals: “Berlin, by comparison, means direct contact to the audience, the cinemagoers. Cheering kids who were celebrating the appearance of the “Harry Potter” star outside the Babylon, tumultuous scenes surrounding Kate Winslet, Renée Zellweger, Michelle Pfeiffer, who, despite icy temperatures, took time to give autographs, international stars like Brenda Blethyn and Stephen Frears came to the cinema lobby and talked to members of the audience after the screening. When the international stars keep saying they love coming to Berlin, it’s not just because of the city’s hipness, the clubs, the galleries, but also this immediate contact to an enthusiastic, one-of-a-kind audience” (Tagesspiegel).

And yet as much as the Berlin audience was enthusiastic, no single favourite Competition film materialized, creating a noticeable tension in the air before the awards ceremony. For many observers it was clear from the beginning that the “award ceremony of a Berlinale jury chaired by Tilda Swinton would be something special. […] From among the competition films, which couldn’t be more different, the most unconventional films emerged as winners” (Stern). With La teta asustada, a cinematic approach to the traumatic events of Peru’s recent history, the Golden Bear went to the second feature film by young director Claudia Llosa which was made with the support of the World Cinema Fund. The Grand Prix of the Jury was presented ex aequo to the precisely staged and impressive second and first works Alle anderen by Maren Ade and Gigante by Adrián Biniez, who also received the award for the best debut film and the Alfred Bauer Prize ex aequo with Andrzej Wajda’s Tatarak. 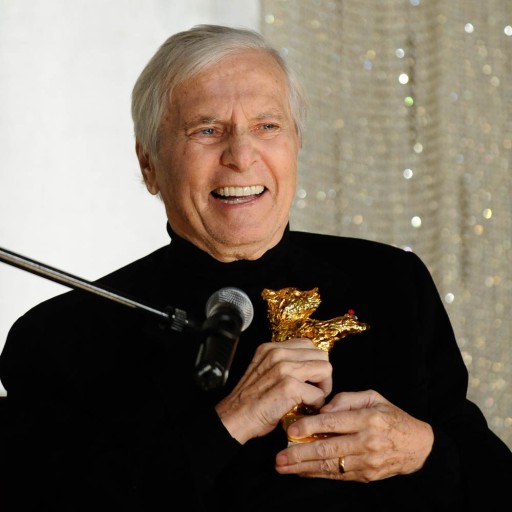 A grandiose look back was the centerpiece of the Retrospective 2009. Under the title “70mm – bigger than life”, classics and rediscoveries in the 70mm format were projected onto screens in the Kino International and Cinestar 8. Composer Maurice Jarre, who wrote the score of David Lean’s 70 mm production of Lawrence of Arabia and Ryan’s Daughter, was handed the Honorary Golden Bear during the Homage dedicated to him. And, last but not least, the Berlinale presented on the occasion of the 20th anniversary of the fall of the Berlin Wall in 1989, the special series “Winter adé – cinematic signs of change”. The films, curated by Claus Löser, were produced in former Eastern Bloc countries as well as the Federal Republic of Germany between 1977 and 1989 and foresaw, in their own, subtle ways, the coming political transformation.

This programmatic diversity of films, forms, stories and themes as well as the enthusiasm of the Berlin audience each contributed to the overwhelmingly positive reaction to the 59th International Film Festival: “The guiding principle behind this still political A-festival was always to bring together the two essential aspects of cinema: to exude glamour, great stars and opulent narrative films – while presenting experimental, ambitious cinematic art, which tries out new visual language and shows day-to-day social reality unadorned. This year Berlin managed, once again, to live up these expectations” (Spiegel Online).

Facts & Figures of the Berlinale 2009