Reconciliation as the Key

Again in 2008, Generation intentionally presented an international programme that took young filmgoers seriously, without losing sight of the importance of enjoyment. As in earlier years, the film programme showed a remarkable diversity that gave viewers, young and old, a refreshing and inspiring impression of current cinema. We chatted with Thomas Hailer, Maryanne Redpath and Florian Weghorn about their audience’s preferred genres, what motivates filmmakers to make movies with young actors, and the liberating effect of reconciliatory moments in film. 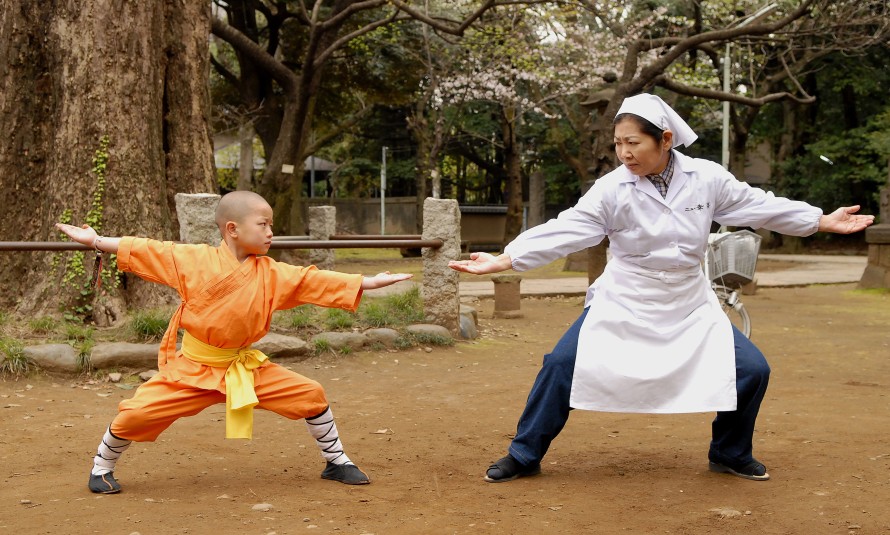 SK: Last year, in line with the section’s new name, you had a lot of films themed around “generational change” in the programme. Will there be a thematic focus in 2008, or is a certain genre especially well-represented?

TH: Over the past 2 or 3 years we’ve happily noticed an increase in the number of genre films being made for young audiences. Last year we took a risk by showing a horror film, in the case of Dek hor, which went on to win the Crystal Bear. We came under fire from conservative educational circles, but our hunch that our audience liked and knew how to read such films was confirmed. In this sense, we’re continuing with strong genre movies in 2008. For example, in the case of the comic adaptation Kung Fu Kun, we have an offbeat Japanese kung-fu film, which audiences are guaranteed to love, but which is also going to spark discussions.

Without pushing the limits too far?

MR: It’s not about pushing limits. Rather, we hope to inspire people to think and reflect about what these limits really are. In my view, nothing is farther apart than children’s media reality and the wishful thinking of their guardians. 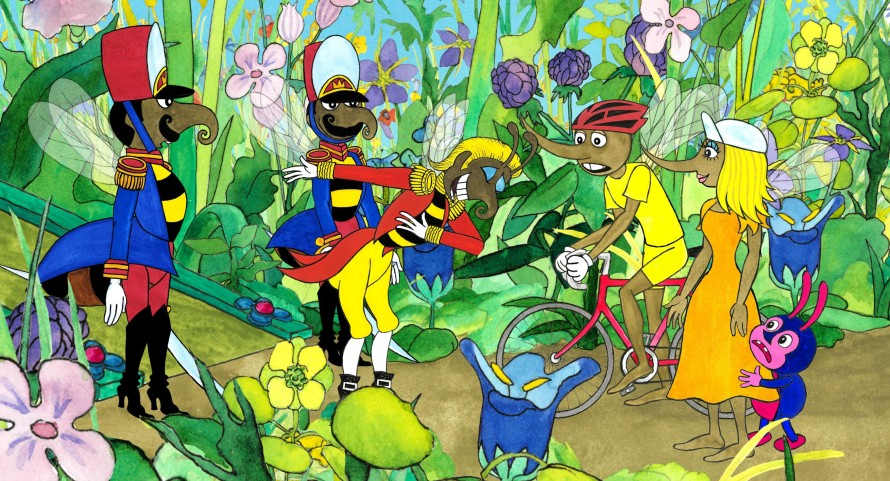 With Danish director Jannik Hastrup and his film Cykelmyggen og Dansemyggen you’re hosting an old friend of your section. Did you deliberately decide to programme a mixture of well-known, established filmmakers and newer, unknown ones?

FW: We always just try to select the best films. But our section has enjoyed a very long friendship and cooperation with Jannik Hastrup. Perhaps we’ll reject a film by Jannik one of these days, but then he’ll actually have to manage to make a film that we don’t like. He follows his own unique style, to which he remains true, by constantly evolving that style further. The mosquito film by Hastrup and his co-director Quist Møller is a stroke of cinematic luck for 5-6 year-olds.

In the synopses of the films selected for the Berlinale 2008, the diversity and contrasting wealth of your programme is very clear. On the one hand, an action-packed, humorous animation film, on the other hand a film like Buda Az Sharm Foru Rikht, shot by the 19-year-old Hanna Makhmalbaf in Afghanistan. Without having seen the film, the latter sounds like a politically explosive work.

TH: Yes, by all means. Makhmalbaf’s debut film is about a 6-year-old girl that wants to go to school. This classical, Iranian plot has been seen often before, but this time it’s a somewhat different, very up-to-date version.

Our section has fostered the coexistence of diverse films for many years and for many this is what is appealing about our programme. For kids it’s no different than for adults. When we’re exhausted, we all need some entertainment. But once we’ve had enough of that we of course want to find something inspiring in the cinema and learn something new about the world.

With Hanna Makhmalbaf you’ve included a director from the Iranian filmmaking family Makhmalbaf in the programme. Has this connection existed for a long time?

TH: It’s true that our section has had a connection to Iranian cinema for many years. Majid Majidi, who has a film in the Competition this year, has also been with us before. And when you see Hanna Makhmalbaf’s Buda Az Sharm Foru Rikht, it will quickly become clear that this film just belongs in our section.

MR: Of course we’re happy when we can accompany a director in this form. Natasha Arthy, who presented her debut Mirakel in the section and has since made two more films, has returned to us and will be showing Fighter, a wonderful candidate for Generation 14plus. But that’s not all: in this year’s programme Shane Meadows, Niels Arden Oplev and Mischa Kamp have all shown movies in previous years. 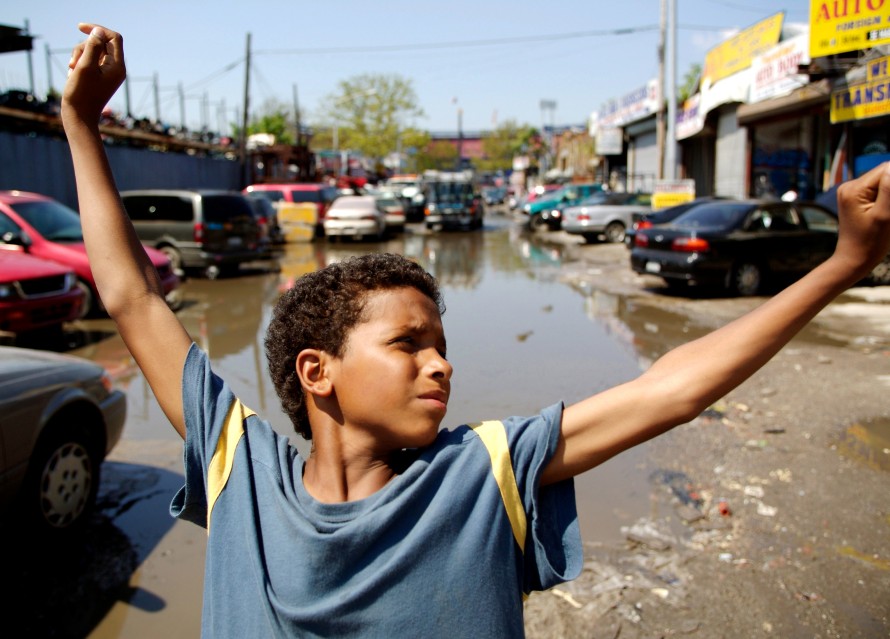 In Generation young people are involved as viewers, critics and in the juries. Now, with Hanna Makhmalbaf, you’re also presenting a very young filmmaker. Looking at the submitted films, has there been a general trend towards younger directors?

TH: You can’t really say that. We’re not there to supply the Berlinale with new talent, just because we have a young audience. Just the opposite. In the over-saturated markets making a film with kids means more work, higher risk and a higher budget. So normally, producers and backers would prefer experienced directors to work on projects, but of course there are always exceptions.

FW: What’s often interesting is the process that leads directors to shoot films with young actors. Chop Shop is a good example: the director Ramin Bahrani began with his location, he knew he wanted to shoot in the “Iron Triangle” a specific neighbourhood on the periphery of Queens, New York. As he was researching on site, he noticed how many street kids lived there. So it was through this diversion that he ended up telling his story from the perspective of a child.

In other words, one of the exciting things about the films is that they engage with the real-life situations of children and youths?

FW: The films don’t shy away, they look at the world from a specific angle and don’t prettify anything.

TH: It may sound banal, but the only thing we allow ourselves to be pinned down on, and are ourselves committed to, is quality. The Generation section doesn’t stand for children’s film, as many people would like to see it: colourful, harmless. We often hear discussions in which people say, that’s not a children’s film! We just believe that we are there in order to mobilise a very special audience for these films. 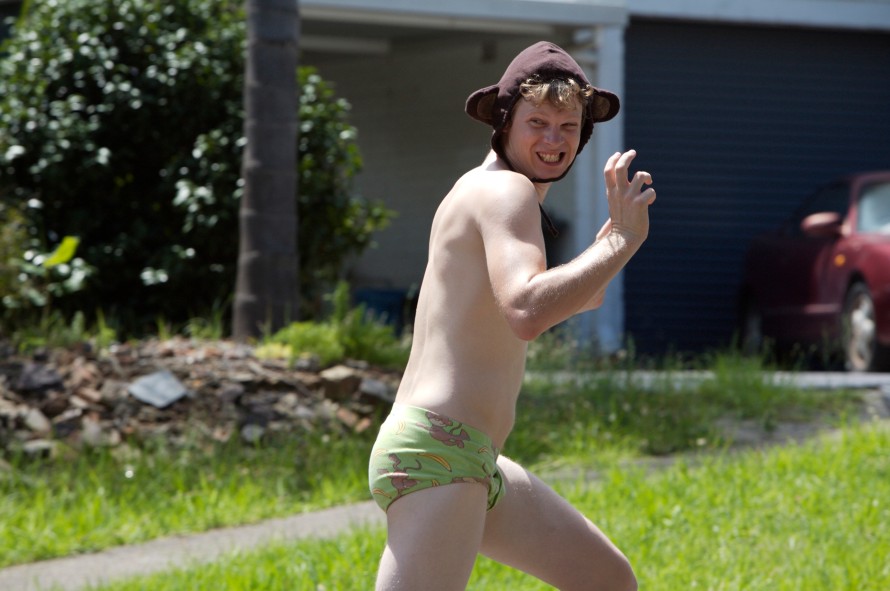 Scene from the 14plus opening film The Black Balloon

The only thing you can pin us down on is quality

This year we’re showing short films for the first time in the Generation 14plus section. Was that imposed upon you because you received so many suitable short films over the last few years, or did you deliberately look for them.

MR: It imposed itself. The boundaries between childhood and youth are fluid and the same goes for the films. Every year we had to turn down films – even with our broader interpretation of the end of childhood. And since the same arguments that led us to show feature films for teenagers also applies to short films, it would almost have been wantonly imprudent not to bring short films – which are in any case endangered – closer to this audience.

Do you primarily show those films that don’t find their way into regular cinemas? Do you want to attract well-deserved attention to these works? With the Generation DVD Edition, for example?

FW: There are films that do enter cinemas, such as My Summer of Love or The Robber Hotzenplotz, Popular Music From Vittula or Lotte From Gadgetville. Nonetheless a huge deficit exists in this area and is this respect the DVD Edition is a reaction to the many, many enquiries that we receive.

TH: The great things is that we can allow ourselves to place mainstream films that meet our quality criteria next to films that we’re certain no distributor would risk bringing them into cinemas. Besides, there are another 60 to 80 film festivals, national and international, that begin their programming season at the Berlinale. Decisions made by us can help launch an international festival career for a film and in this way might be seen by two or three hundred thousand people.

FW: A good example is Malaysia. Here, partially thanks to the work of the festival in Berlin, a lot has been done to open up Malaysian film to a larger international audience. Yasmin Ahmad, the Malaysian director of last year’s winning film, Mukhsin, sits on the Kplus international jury this year.

TH: At any rate a new discovery in this year’s Generation is short film from New Zealand – a true hidden gem. There seems to be a very intelligent funding policy there, which emboldens the right people to take advantage of certain capacities. We have an unbelievable four films, so diverse and fresh, at the same time anchored in the culture, absolutely inspiring. And from here they will begin their journey through the film festival circuit – I can vouch for that.

Does the increased presence of films from New Zealand and Australia mean that – from a European perspective – “classical” regions for children’s film such as Scandinavia have been replaced by others?

FW: No, they are being supplemented. For example, Russia is still very strong when it comes to children’s short films. Certain traditions are upheld and therefore they’re very attractive. Most areas with a developed children’s and youth film tradition continue to be strong and actually benefit from the fact that they’re no longer the only ones on the market. 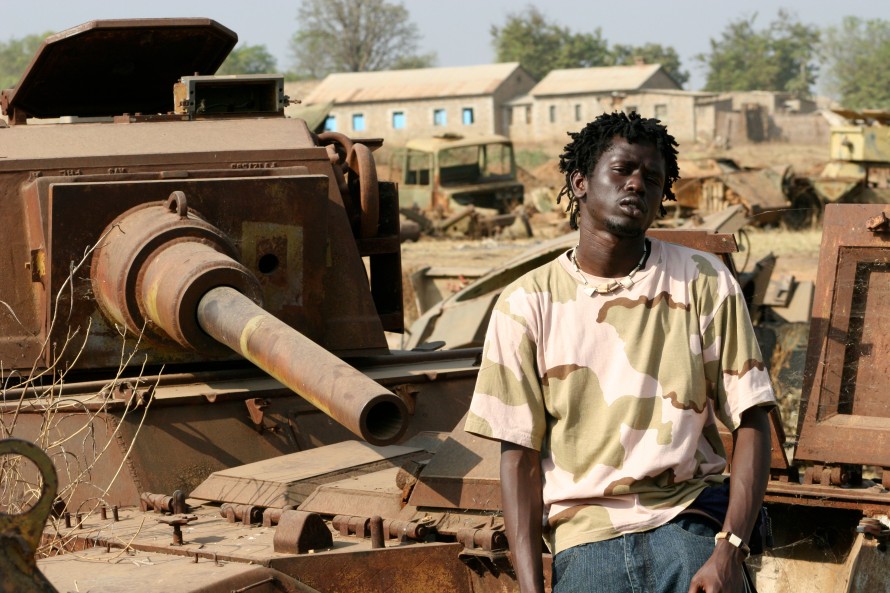 Besides short films in 14plus, what else is new this year, formally speaking?

Will documentaries play a role in the programme?

TH: Yes, for the first time we’re showing two documentaries in 14plus and both are related to music. The German contribution, Volker Meyer-Dabisch’s love, peace & beatbox, is a portrait of the Berlin beatbox scene. And War Child directed by Christian Karim Chrobog is about Emmanuel Jal, a former child soldier who is now a well-known hip hop artist in the US. In the film he returns to his home village and meets surviving family members for the first time. It’s very touching.

Back against the wall, reconciliation in front of your eyes

Beyond the diversity of forms, could you tell us which themes seem to stand out this year?

MR: We noticed that the theme of “reconciliation” was touched upon in various films, each time in a very different way. Munyurangabo, for example, is about two befriended boys in Ruanda, who undertake a long journey together, fight with one another, ending in a very moving reconciliation. In light of Ruanda’s recent history, the question arises: How can one forgive after so many brutal, unforgivable things have happened? What is the solution to the conflict in this relationship?

TH: And between generations…

MR: And within families. First you get the feeling of standing with your back up against the wall and nothing can move on – and then comes the reconciliation.