After he steals a machete at a market in Kigali, Munyurangabo and his friend Sangwa take off on a trip into the past. Munyurangabo wants to avenge his parents who were victims of genocide in their village, and Sangwa wants to go back to the place he left behind, ravaged, years ago. Although they only intended to pay Sangwa’s old home a visit for a few hours they end up staying for a few days. When Sangwa’s parents refute Munyurangabo’s claim that Hutus and Tutsis must remain enemies forever, the boy’s friendship is put to the test.
Lee Isaac Chung’s film was developed during a YWAM film seminar in Rwanda for a class of refugees, war orphans and runaways. The film reflects their world. The scenes of the film where improvisations; they were based on a nine-page treatment that had emerged from Samuel Anderson’s first screenplay. Director Lee Isaac Chung: “With directing, I am a strong believer in improvisation; I know the general form of the film I want to make, but I’m not sure how I will get from the beginning to the end. This requires a greater level of listening – surroundings, actors, crew and inspiration. I don’t think that this immediacy would be available to me if I relied heavily on the writing process. As a result, I’ve learned through this film that filmmaking should be a little like jazz; it’s a dynamic process that leaves no room for regret.” 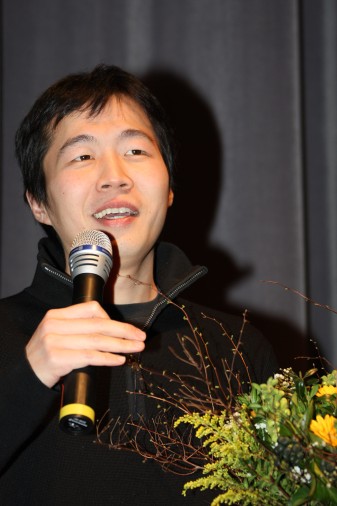