“[T]his is a film festival where history and politics do more than just converge on-screen at a comfortable remove; it is where movies sometimes come uncomfortably alive, with stories that blur the boundaries between the world on-screen and that outside the theater.” – Manohla Dargis in the “New York Times”. 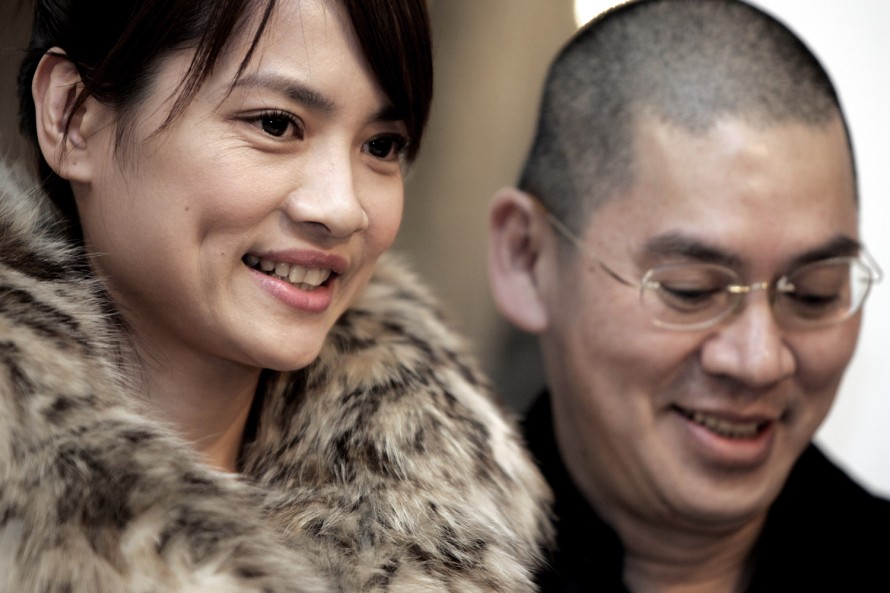 A growing network of partnerships and collaborations, an expanding European Film Market, the strong showing of Asian cinema and a thematic focus on African stories - the Berlinale 2006 came as a energetic mix of artistic vision, political concern and commercial impulse. The film industry praised the professional organization, and experienced the Berlinale as international and lively, and was pleased with the willingness of buyers to invest at the European Film Market.

While the audience provided the festival with record attendances, some observers critically discussed the festival's "star power" and glamour. Other voices could be heard that warned against confusing priorities in the battle to attract celebrities. “The true highpoints of the festival should be the films,” wrote Katja Nicodemus in “Die Zeit”. “It is only once the festival has persisted in forming its own aesthetic agenda, that it can become involved in the fuss about glamour, without making itself vulnerable to blackmail,” the critic wrote.

In Tsai Ming-Liang’s The Wayward Cloud and Alexandr Sokurov’s Solnze, she saw two films that were typical for a good Berlinale: daring and headstrong works, which provided ample material for debate, but which had little to offer in terms of “event journalism”. She wrote: “Tsai Ming -Liang’s stars are called Lee Kang-Sheng, Chen Shiang-Chyi and Yang Kuei-Mei. Of course, not a single photographer shouted out their names on the Red Carpet (…) But on the screen they remain dignified and fascinating even in the dirtiest, most squalid sex scenes. Unpretentious, daring, shameless, they go out on a limb for the very thing that such a festival should, at the end of the day, revolve around: film.”

Asian cinema was coming on strong throughout the festival. Besides the showcase spread over several sections of Korean director IM Kwon Taek (who was awarded an Honorary Golden Bear for his lifework), it was especially the young Chinese directors who caused a stir in the Forum. With Lu Chuan’s Kekexili, Ning Haos Lü Cao Di (Mongolian Ping Pong), Liu Jiayins Niu Pi (Oxhide) and the moving documentary Yan Mo (Before The Flood) by Yan Yu and Li Yifan, the Forum offered four exceptional examples of a nation’s changing cinema.

The Forum had streamlined its programme considerably, a daring step, which was welcomed by both the press and audiences. The Forum programme was augmented by several film installations and video works by artists who wanted to go beyond the pure cinema experience. These works were presented in a context of a complementary art programme, with which the Berlinale opened itself up to synergies with non-cinematic art forms. One of the most exciting works was the “Video Walk” Ghost Machine by Canadian media artists Janet Cardiff and George Bures Miller. Another special highlight of this series was the intense show Abordage by Japanese performance artist Kansai Yamamoto. 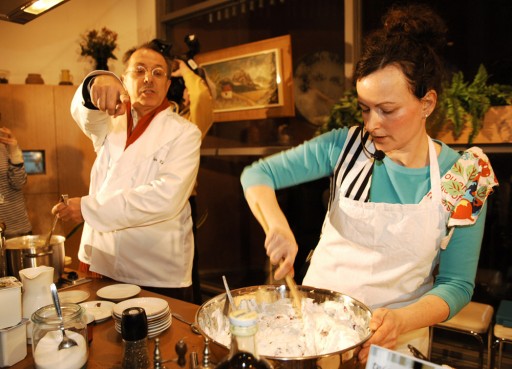 Dieter Kosslick cooking up in the installation 4kitchens

The attempt to open the festival up to new co-operations and crossover effects was a big success this year. Alongside the complimentary art programme, this new openness was represented by a significant increase in targeted co-operations with other cultural institutions, such as the Hebbel am Ufer (HAU) theatre and the German Historical Museum, with whom the second installment of the Marshall Plan series Selling Democracy was organized. Productive contacts to local film schools, which the Berlinale supports through the Perspektive Deutsches Kino section, are also indicative of the new openness of the festival. The works of film school graduates can “no longer be ignored”, said Perspektive director Alfred Holighaus, who could look back on a fourth year which was seen as a success by both the press and audiences.

The ongoing success of new German cinema was buoyed by a strong presence in the Competition. Especially Marc Rothemund’s Sophie Scholl – Die letzten Tage was met with international recognition and was seen as proof of the enduring revival of German film.

Another forward-thinking move was the establishment of the World Cinema Fund, a joint initiative of with the German Federal Cultural Foundation. The fund’s aim is to support filmmaking in countries, which have been neglected due to structural and financial problems. The first round of applications and positive reactions amongst industry representatives at the inauguration resulted in an upbeat mood during the festival.

Coming of Age: The Panorama turns 20

Cheers to the Panorama! The section turned 20 years old and took the opportunity to look back at film and festival history with a photo exhibition in its new “Home Base”. In 2005 the Panorama once again offered broad diversity: international independent films such as Fruit Chan’s Dumplings or Ira Sachs’ Forty Shades of Blue and art house productions with star casts such as Kevin Spacey’s Beyond the Sea and Rebecca Miller’s The Ballad of Jack and Rose stood side-by-side with a selection of sometimes highly controversial documentaries and a solid selection of gay and lesbian movies, for which the Panorama continues to be the most important platform worldwide. 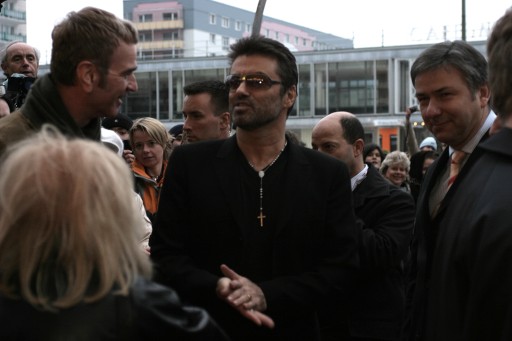 With George Michael the Panorama even had a true superstar on its guest list. What would have led to fierce fighting elsewhere, has long since been a part of the Panorama profile: to create a symbiosis between the various types of audiences and their expectations, the cineastes, the freaks, the groupies, the buyers and sellers, the festival programmers, the press and the countless filmmakers who use the Panorama as a contact pool.

In the Kinderfilmfest, the previous year’s premiere of the youth film competition 14plus not only was a success, many films were also considered insider tips within the Berlinale programme. Films such as Bahman Ghobadi’s Turtles can fly and Luis Mandoki’s Voces inocentes are anything but “target audience” films, which one still unfortunately associates to the names “child and youth films”. In the Kinderfilmfest and 14plus the “target audience” is more heterogeneous than anywhere else at the festival.

Facts & Figures of the Berlinale 2005