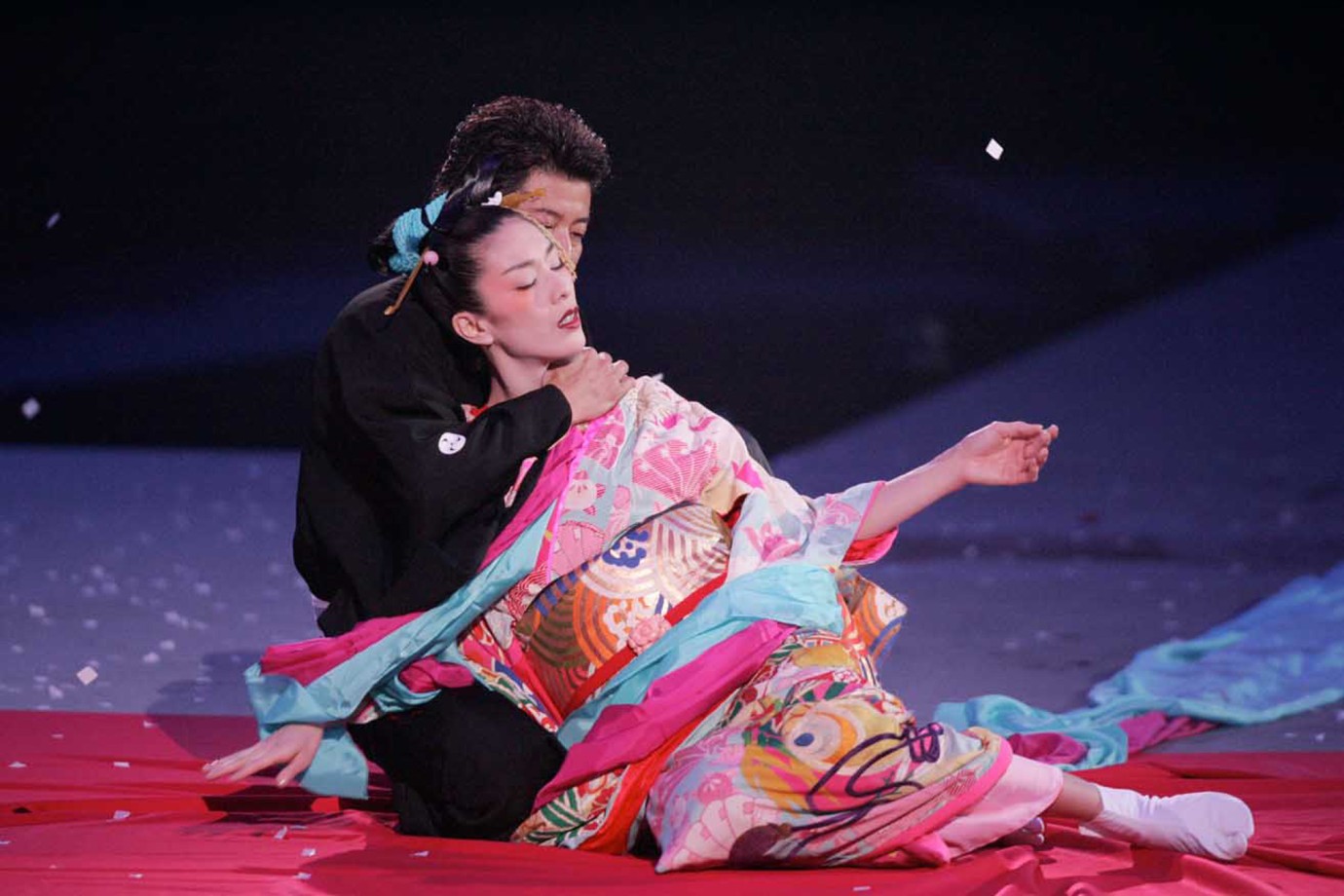 “Abordage” is a French word meaning “naval boarding”. This nautical term for boarding and taking possession of an enemy ship while at sea (whether it be for peaceful inspection or in order to plunder it by force) has played an important role in Japanese history. The technique was first employed in the 1860s by Shogun-loyal warriors who, supported by French officers, used it in their struggle against the Meiji government’s fleet. This conflict is regarded as the first modern sea battle in Japanese marine history.
“Abordage” is also the name of an extravagant “Kansai Super Show” held in Tokyo on 10 July 2004 by Japanese star designer Kansai Yamamoto. The show’s title was intended as an appeal for more receptivity towards new ideas; with his show, Yamamoto was exhorting people to emulate the ‘last Samurai’, vice-captain Toshizo Hijikata, and not shun the unconventional in looking towards the future. At the same time, Kansai Yamamoto’s event was an anthology of his own creative career.
Yamamoto had already gained an international reputation with an earlier Kansai Super Show mounted in the 1990s before an audience of 120,000 people on Moscow’s Red Square; this was followed by similar events in Hanoi in 1993 and in New Delhi in 1997. The recent Tokyo show, however, made even the previous extravaganzas pale in comparison. This “Kansai Super Movie” chronicles the “Abordage” show’s preparation and implementation, including the spectacular finale involving the staging of an impressive sea battle. 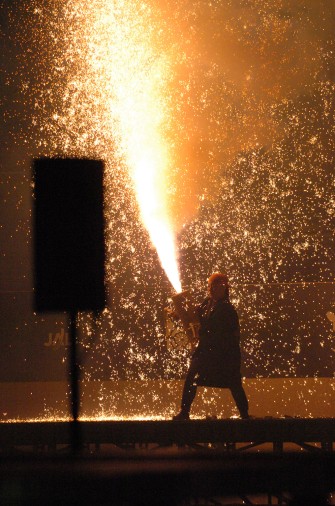