In 2013, Generation 14plus celebrates ten years. How has the competition evolved and what are its main concerns?

Maryanne Redpath: 14plus started in 2004 as a "young adult" extension of the competition Kplus, which was still called Kinderfilmfest. Since introducing the competition, there's been enormous growth: today the section welcomes twice as many viewers, screens twice as many films and fortunately receives at least twice as much attention.

Florian Weghorn: With regard to film, young teenagers have few places in their daily lives where they can say: this here belongs to us, these are our films. As soon as Generation 14plus was launched, it was immediately adopted by our audience, and many have a fierce loyalty to the section. With regard to the festival, the competition fills a kind of gap. We have many visitors coming to movies in Kplus starting as young as age 4. Some even say they came to the cinema while still in their mother's womb. With 14plus they can stay faithful to the Berlinale even as they get older, until they're old enough to see films in other sections. And many return, or even stay. 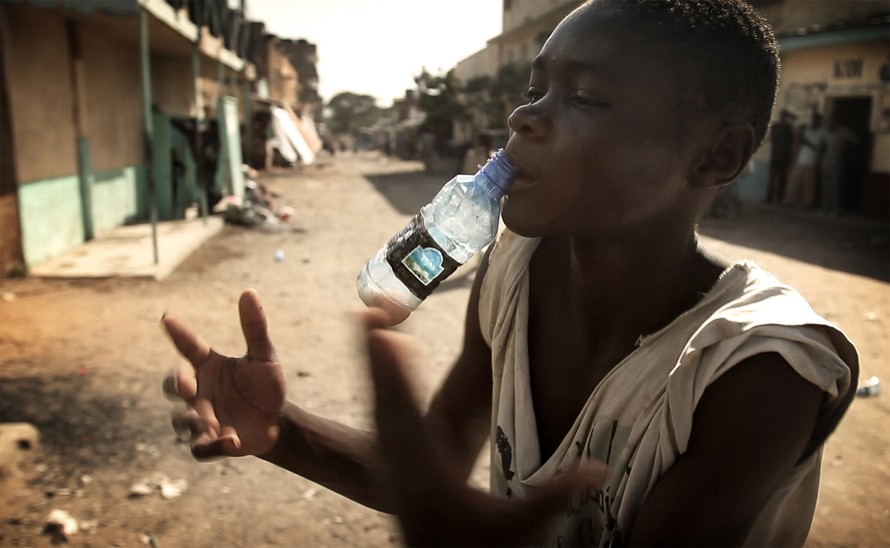 It seems to me that that this year, the quality of movement has changed a lot. Away from the journey with a clear destination, toward a kind of aimless drifting. Can you confirm this sentiment?

FW: Well, in coming-of-age movies there are always a lot of things in motion, in most cases without the young protagonist knowing exactly where the journey will end. What we've noticed this year is that the process has accelerated: the new beginnings, the search for self, even the escape mechanisms, it's all become more existential, more radical and sometimes staged with an incredible dramaturgical drive. Perhaps these films are reacting to the real world, which is also accelerating. We see it very clearly in the documentary Tough Bond by Austin Peck and Anneliese Vandenberg. They follow glue-sniffing teenagers through different Kenyan cities and use the form, the tempo, to steadily increase intensity as they get closer to the slums of Nairobi. The viewer is taken along for the ride.

MR: Another film with this intense, driving rhythm is Princesas Rojas (Red Princesses) by Laura Astorga Carrera. It tells the story of a family with Sandinista parents. They flee from Nicaragua to Costa Rica with their two girls, the Red Princesses. It's reminiscent of the RAF-era in Germany: families running from safe house to safe house because there's danger everywhere. The family can never rest. In the movie we see what happens in the lives of adults through the eyes of their children.

Are there any developments in the protagonists' lives or is it more about describing a state or condition?

FW: "Describing a state" is pretty accurate for some films in Generation, for example with Hide Your Smiling Faces or even Um Fim do Mundo (The End of the World). In these cases the story more or less appears from behind a general, atmospheric whole. They also use the medium of film, its formal aspects, to affect the audience and transmit the general feeling of the young protagonists' lives. Although on the surface it may seem these young people simply bide their time, internally there's a lot going on. 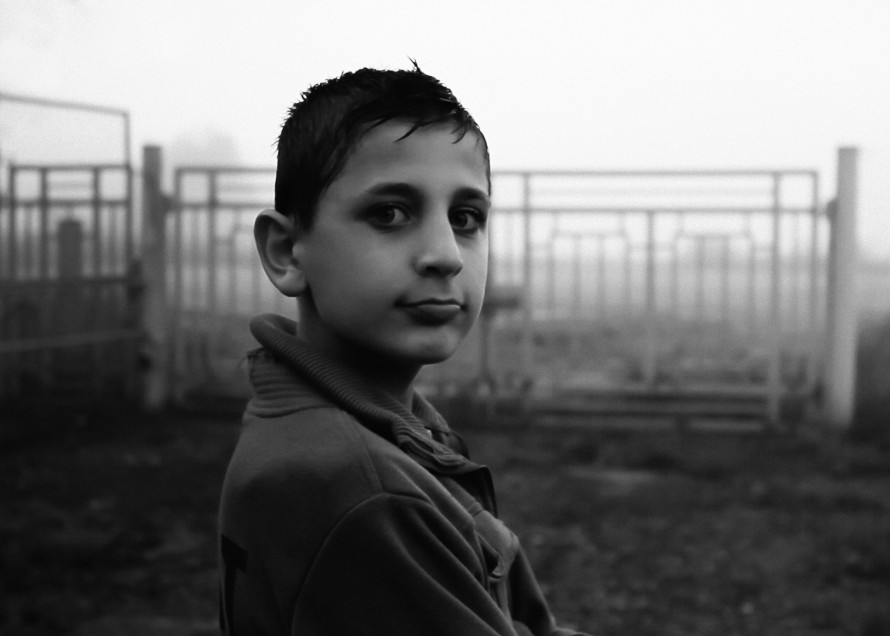 There's a kind of German cinema revival happening in your section, considering the two German features being screened...

FW: Yes, we're happy about this considering the long period where there were hardly any German films in the Generation Kplus programme. Kopfüber (UPSIDEdown) is a fantastic film and also an interesting case study on the situation of children's movies in Germany. Bernd Sahling didn't base it on a well-known book or fairy tale, so it's not easy to finance that kind of film in Germany. The film is about a young boy with ADHD and it really hits home through the authenticity of the actors and the real-lifeness of the story. We're very excited to premiere the film and discuss it with our audience.

MR: The second German contribution, ÖDLAND – Damit das keiner das so mitbemerkt (WASTELAND – So that No One Becomes Aware of It), broadens the vantage point even more. Anne Kodura's documentary wasn't originally made for children. The film shows a block of flats inhabited by refugee families waiting to hear about their status, sometimes for more than four years, out there in the urban wasteland where hardly anyone knows about them. The camera's impressive, it stays glued to the heels of the children. It raises questions about home and belonging, and though notions like the freedom to move or escape aren't necessarily problematic for the protagonists themselves, they're recurring, subliminal themes in the children's games and conversations.

Landscapes that Are More than Backdrops

In the Korean contribution Pluto by Shin Su-won, young adolescents seem completely absorbed by the rigid school system. Are they just victims in the film?

FW: The boy who plays the lead tries to break free from a vicious circle. He's a victim and becomes a perpetrator. Tragically, the young people at this school direct their resistance against themselves rather than against the system that forces them to behave the way they do.

MR: It's a hell of a good movie. We wax philosophical about its content, but Pluto is also an exciting thriller that keeps you spellbound the entire time. All the movies in Generation have their own particular image-based language to create their own worlds, rhythms and original narrative forms.

A lot of them take place in crisis regions...

FW: That's true and nevertheless, they can also be reconciliatory. The short film Happy Birthday by Mohanad Hayal, for example, takes place in a cemetery in Baghdad. A little boy discovers the grave of a girl and gives her his toys, while in the background you hear gunfire. The film is charming, funny even, and also delivers significant commentary on the real-life situation there.

MR: We should also mention The Rocket, a story that takes place in Laos, a country that's littered with extremely dangerous unexploded devices leftover from the war. And the Belgian contribution Twa Timoun (Three Kids) by Jonas d'Adesky is all about how the violence of nature breaks into the lives of children. The film takes place in Haiti, which is practically destroyed after the big earthquake. Three boys become friends and try to find a new home in Port-au-Price. However there aren't just problems in far-away, exotic lands. Germany is also a crisis zone, when you think about ÖDLAND.

And the places themselves influence the movies?

FW: Yes, in most films, the real landscapes and habitats are more than just backdrops. Generation 14plus opens this year with Jîn. The Turkish director Reha Erdem recounts the odyssey of a young soldier at the frontlines. She moves out of instinct, almost like an animal, through a landscape of breathtaking mountains. The location being recognisable as Kurdish areas of Turkey and of course the plot itself point strongly toward one interpretation. Yet Erdem sees his film as a fairy tale, with a universal conflict that could take place in many regions of the world. 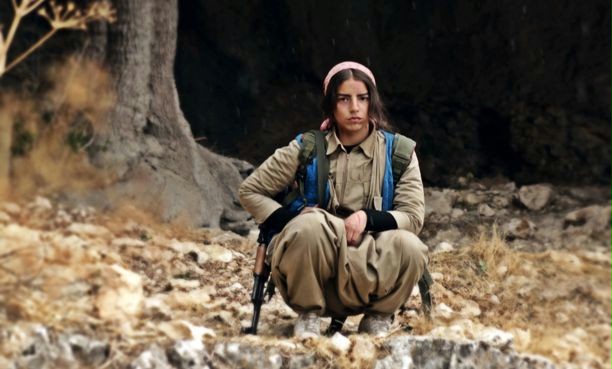 MR: You can feel a strong connection to place in Satellite Boy from Australia. A young Aborigine goes on a road trip and discovers the magic of his ancestors. The ground beneath his feet starts speaking to him, and with every step he learns to better understand that language.

The "Young Journalists" initiative has evolved into the project "Adventure Film". What's changed?

MR: It's a new chapter. We're looking into the future to try something out together with our partner. What remains is the active participation of young people in the festival.

FW: Through this new cooperation with the youth magazine "fluter", we hope to expand our longstanding experience with "Young Journalists". The editors at “fluter” are dedicating their entire February issue to the Berlinale and will incite young participants to engage in critical dialogue about the films in Generation 14plus. We hope they'll come to the Berlinale with curiosity and get taken in by the rush of the festival.