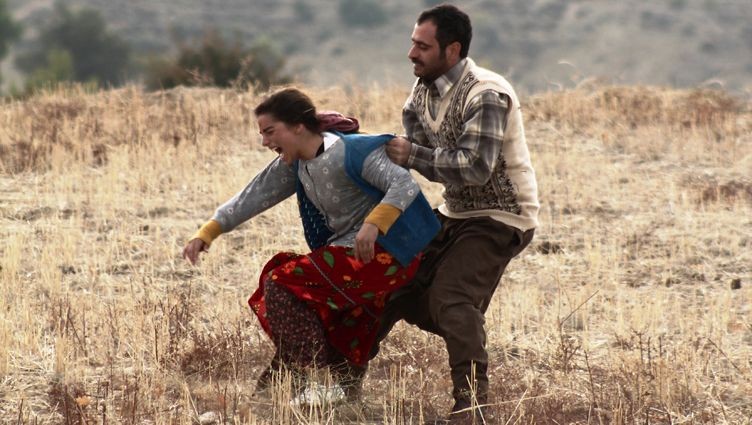 A bitter conflict has raged between guerrillas and the army in Turkey's Kurdish regions for over 30 years. Large expanses have now become war zones. Countless young people have lost their lives to the conflict. This dangerous but incredibly beautiful mountainous country is home to 17-year-old Jîn. But she is no longer safe since she secretly stole away from a group of rebels with whom she was fighting. Now she wanders the picturesque landscape alone, caught between two fronts. All of a sudden, the sound of gunfire and explosions rend the air above the untouched natural scenery. Attack is threatened from all sides. Desperate to find peace, Jîn decides to escape to another part of the country – an impossible plan, since the military is omnipresent and there are road blocks everywhere. As a Kurd without identity papers she risks arrest at every turn. In addition, as a woman with no family to shield her, many men will see her as fair game. But her courage is unbroken and the mountains are her greatest protectors.
by Reha Erdem
with Deniz Hasgüler, Onur Ünsal, Sabahattin Yakut Turkey 2013 122’