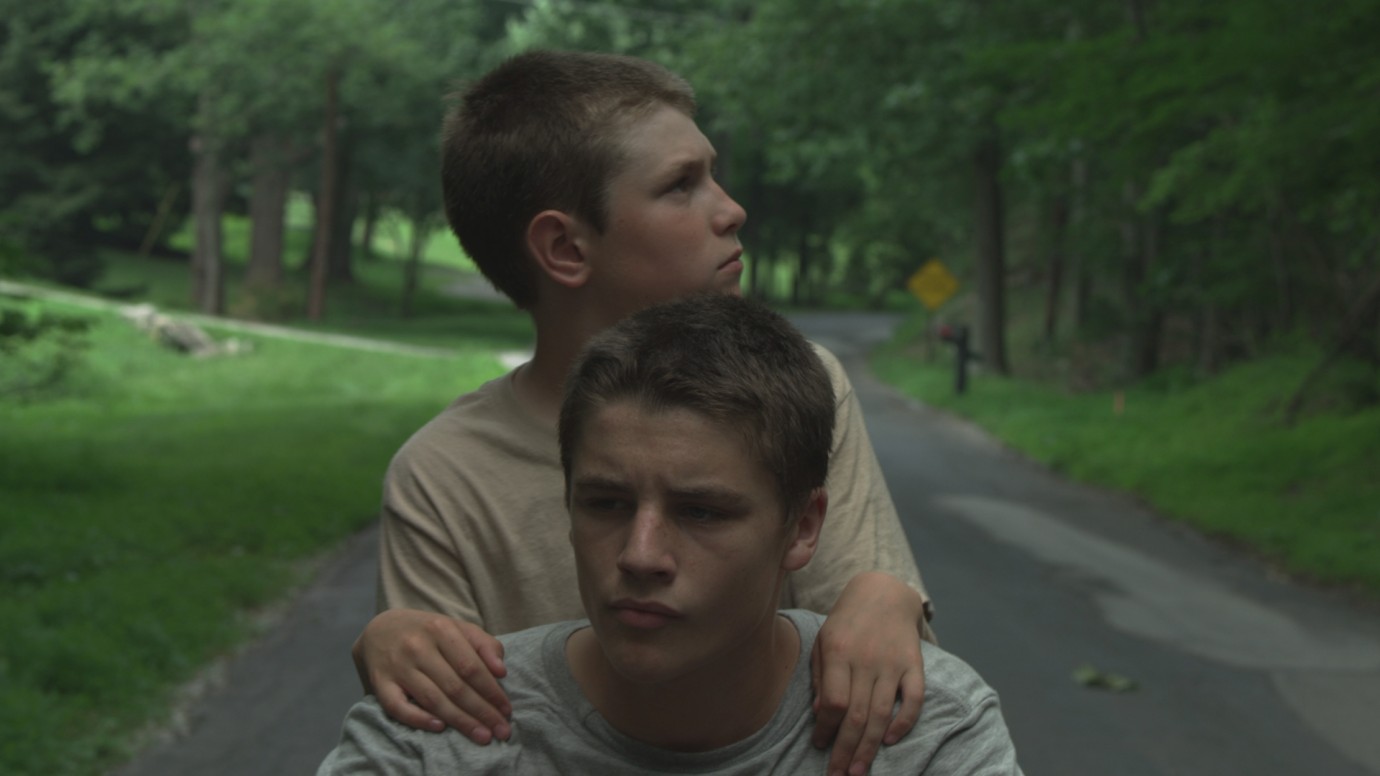 Dense forest as far as the eye can see. The boys living here roam aimlessly and practise their wrestling skills. They rarely break a smile, especially since one of them fell to his death from an old bridge. Was it an accident? Or suicide? The boy’s friend Tommy and his older brother Eric are close to the edge. Their parents are powerless. There’s upheaval in the air but nobody can put their finger on what’s wrong. There is no answer. Male pride prevents them from showing how much they are hurting. Eric in particular doesn’t know what to do with his boundless youthful energy. The brothers’ relationship is put to the test.
Daniel Patrick Carbone’s debut is a densely atmospheric rite of passage set in the remote forests of America’s northeast. His is an exemplary portrait of a group of lost boys going through puberty with all its rituals, gestures and rough-housing. Like the wilderness around them they too are left to their own devices but somehow this helps them develop their own kind of community. Carbone’s decision to forgo imposing a strict narrative structure gives the viewer room to draw his own conclusions.
by Daniel Patrick Carbone
with Ryan Jones, Nathan Varnson, Colm O'Leary USA 2013 81’