"The Berlinale drew not only filmmakers from all corners of the world, and film execs in greater numbers than ever to attend the expanded European Film Market; but also artists, rock stars, German Chancellor Angela Merkell, celebrity chefs, ex-spies and three former guests of the U.S. Marine Corps at Guantanamo Bay." – Adam Dawtrey in "Variety" 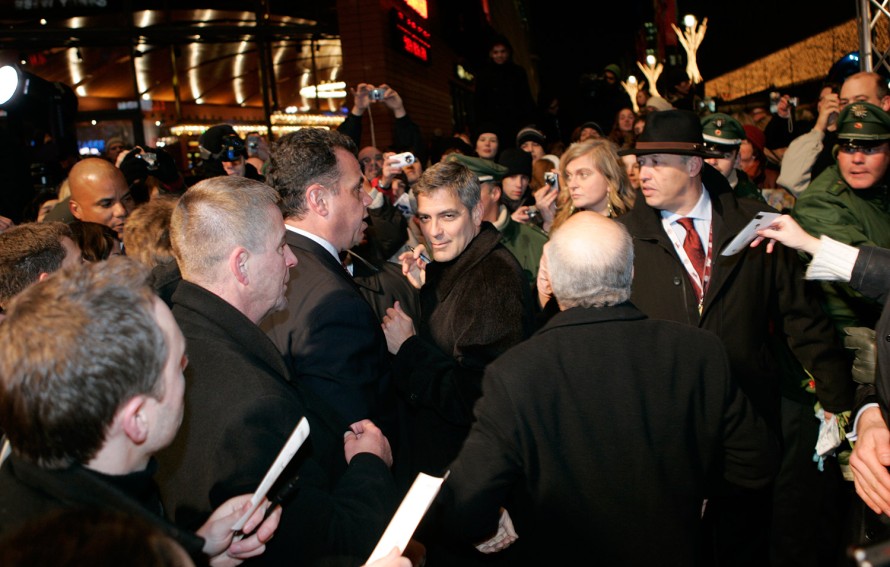 George Clooney before the premiere of Syriana

Already at the opening press conference festival director Dieter Kosslick promised that the Berlinale 2006 would be “as political, cruel and uncomfortable as the situation in the world right now.” The comment didn’t please everyone, but by the end opinions about the festival displayed rare unanimity among critics. The Berlinale had again managed to link controversial themes with a passion for cinema, and most didn’t see this as an unfortunate split, but rather as a successful balancing act.

the poignant political themes, a hot topic of discussion was the “nouvelle vague” of German film ("Cahiers du cinéma"), the strong showing by young filmmakers and debut directors, for whom there was an official prize for the first time with the Best First Feature Award. The greatly expanded European Film Market also received much praise for its vitality and flawless organization at its new location in the Martin-Gropius-Bau. “The new power of images” ("Spiegel Online"), the “celebration of German auteur cinema” ("Welt am Sonntag") or the “Berlinale economic miracle” ("B.Z.") – from whatever angle one saw this year’s Berlinale, there were apparently plenty of reasons to celebrate.

The Competition served up poignant themes and underscored the festival’s conviction, that films could have a positive impact on the world: Films on the long-term consequences of the Balkan wars (Jasmila Zbanic’s Grbavica), on the collateral damages of the "war against terror" (The Road to Guantanamo by Michael Winterbottom), the brutal struggle for evermore scarce natural resources (Syriana directed by Stephen Gaghan), the repression of women in Iran (Jafar Panahi’s Offside), the cynical exploitation of the poverty of society’s losers by the successful (Slumming by Michael Glawogger) and dangerous flirtation with authoritarian styles of governance (James McTeigue’s V For Vendetta), draw a picture of a world which has not been at peace with itself for some time now and in which conflicts are increasingly settled through violence. The Competition films that concentrate on personal stories and interpersonal relationships often captivated audiences through daring imagery (El Custodio directed by Rodrigo Moreno) and an absorbing reduction to the essentials (Sehnsucht (Longing) directed by Valeska Grisebach). 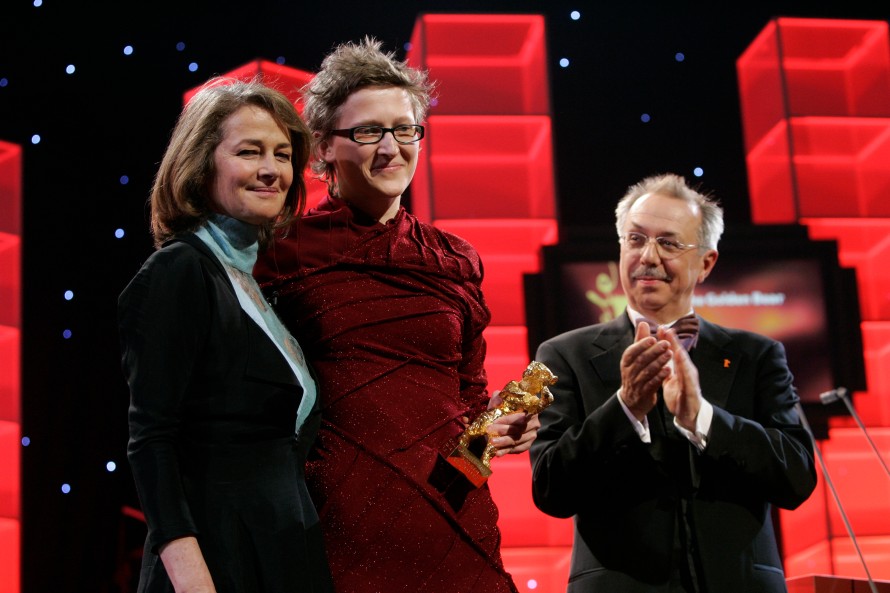 The Golden Bear for Jasmila Zbanic’s debut feature Grbavica was generally considered a good decision by the jury headed by Charlotte Rampling. She emphasized not just the festival’s commitment to young, politically ambitious film, but also the strong presence of women. The co-operation between the Bosnian director and her Austrian producer Barbara Albert on a film that tackled the theme of rape during the Yugoslavian war, was for many critics the best example of a typical Berlinale film. Typical also due to the fact that it addresses the political in the private realm and “sends a warning signal but in no way preaches,” as Anke Westphal commented in the "Berliner Zeitung".

Highlights in all sections

For many critics a trademark of this Berlinale was also that the highlights were spread across all sections. The Kinderfilmfest/14plus section enthralled not only its usual committed audience but also reinforced its reputation as home to several of the festival’s insider tips – like this year’s Drømmen (We Shall Overcome), which was awarded the Crystal Bear by the Children’s Jury.

Besides a noticeable presence of younger German productions, the documentaries stood out in this year’s diverse Forum programme. My Country, My Country, Conversations on a Sunday Afternoon, Atos dos Homens, Au-delà de la haine – all strong contributions to the political profile of the festival – stood besides controversial formal experiments such as 37 Uses for A Dead Sheep and Là-Bas by Chantal Akermann. The Forum created an additional platform for its love of experimentation with the film and video art programme Forum Expanded, where, in cooperation with KW – Institute for Contemporary Art, installation works by Harun Farocki, Michael Snow, Sharon Lockhart, Amos Gitai and others were exhibited. 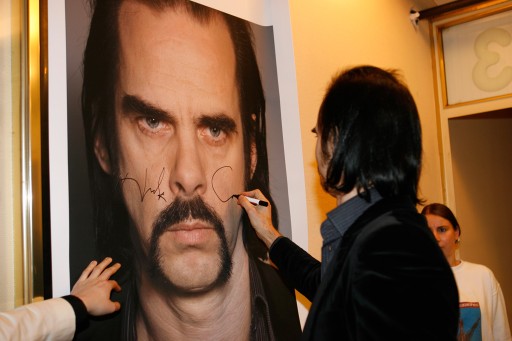 The Panorama once again managed to bring together the unusual and opinionated with the popular, with illustrious personalities such as Ewan McGregor, Nick Cave, Angela Molina, Lukas Moodysson, Todd Verow and Gretchen Mol on its guest list. Detlev Buck’s Knallhart (Tough Enough) was one of the many German films that won great respect among international observers. Other critics’ favourites were Daniel Burman’s Derecho de Familia and Takashi Miike’s Big Bang Love, Juvenile A. Audiences loved Camping Sauvage (Christoph Ali and Nicolas Bonilauri) and Lian Lunson’s documentary homage Leonard Cohen: I'm your Man and gave the Audience Award to another documentary, Tomer Heyman’s Paper Dolls, a film about the drag queen scene in Tel Aviv. 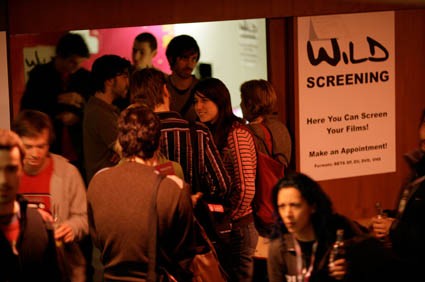 Days of Being Wild at the Berlinale Talent Campus

Young talent in the spotlight

“As boss of the Berlinale, Dieter Kosslick has remained what he has always been – a fosterer of talent,” wrote the "Frankfurter Rundschau" – echoing many articles looking back at the festival in which Kosslick showed his magic touch with this year’s Competition selection. The festival managed to generate the greatest possible international attention and to make this advantageous for young and daring films. As never before, especially young talents held their ground in the Competition: Pernille Fischer Christensen, Jasmila Zbanic and Rodrigo Moreno took home awards and with them a chance to build on their success.

Facts & Figures of the Berlinale 2006