The Politics of Form

With 43 films in the main programme, the 2017 Forum offers a cinematic trip around the world. In this interview, section head Christoph Terhechte discusses common themes in the programme, the myth of revolutionary violence and almost forgotten treasures of Moroccan and South Korean cinema. 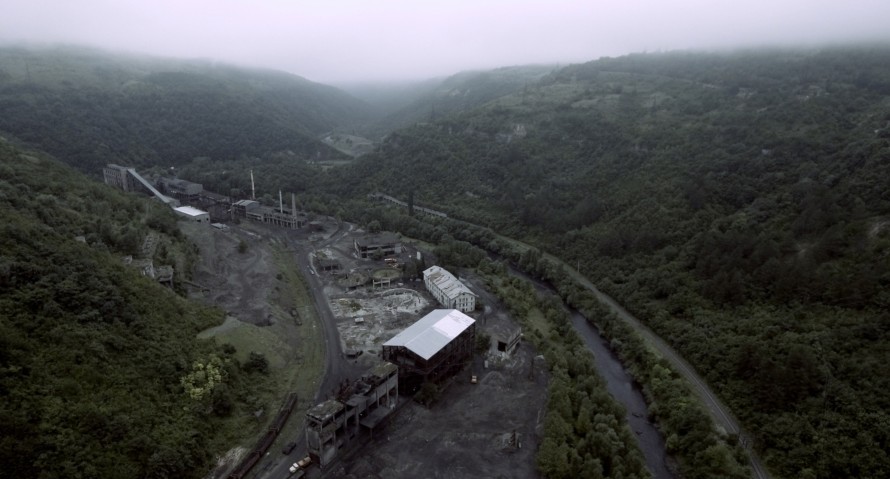 In the press release you announced the great significance played by landscapes in this year’s programme. What approach do the films take to this?

Landscape plays a key role in a great number of the films. The Georgian film Mzis qalaqi (City of the Sun) by Rati Oneli, for example, is set in a region where ore was mined in Soviet times. Today it has been abandoned, the industrial plants are in ruins. People, however, continue to lead their lives amidst this emptiness. The landscape is so breathtaking that the story cannot be separated from its backdrop. In his “Streetscapes” cycle, Heinz Emigholz highlights architecture. He has already long pursued a kind of emancipation of the filmic background from the foreground. In the Brazilian film Rifle by Davi Pretto, a solitary person defends his patch of earth in the immeasurable vastness of the landscape. Here, intimidation and paranoia go hand in hand and lead to increasingly irrational acts – influenced by the environment whose atmosphere is transmitted to the protagonist. El mar la mar becomes a highly political film due to its choice of location even though it steers clear from striking an explicitly political statement. It employs great subtlety to make the Sonora desert on the American-Mexican border tangible – it is a haunted, deadly landscape.

In Loktak Lairembee (Lady of the Lake) the audience can travel to north-east India. Río Verde. El tiempo de los Yakurunas (Green River. The Time of the Yakurunas) depicts an extremely remote place …

Loktak Lairembee is about fisherfolk who live on floating islands made of biomass. They are displaced by power interests in the area. It is a true story. The army burnt down their huts but the fisherfolk still live there. Their entire outlook on life is determined by this extremely fragile existence on the water and they fear the pogrom could be repeated. Río Verde is a film that undoubtedly belongs in this series. It depicts an endangered area of the Amazon in Peru. The native inhabitants live in complete self-sufficiency and have hardly any contact with “civilisation”. It is a fascinating portrait of what is, for us, an unimaginable way of life. 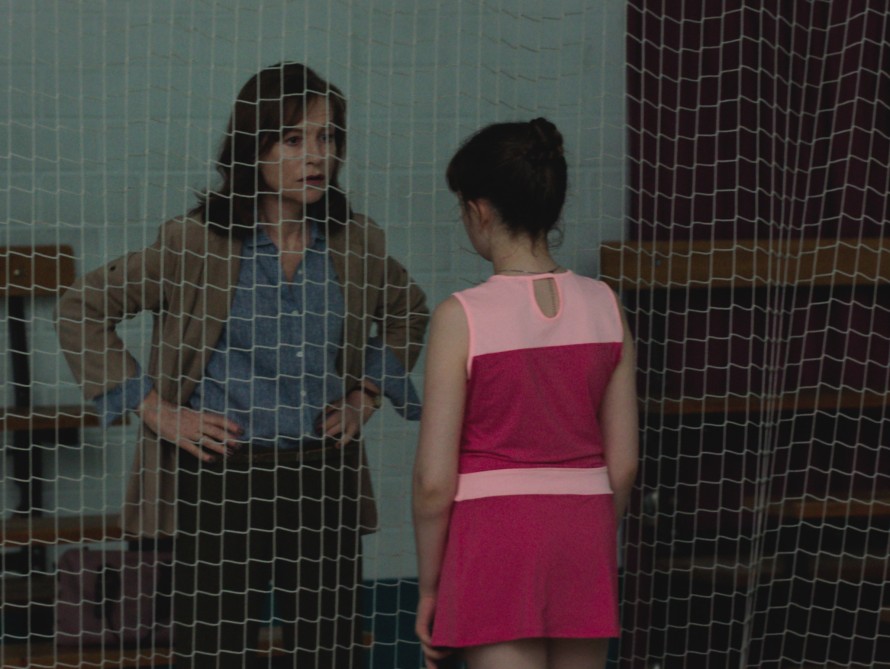 I find the title “The Time of the Yakurunas” is actually fitting for a large part of this year’s programme. Along with the landscape, many films also seem to incorporate the sense of time present in the places and their inhabitants ...

Cinema impacts the individual sense of time in highly contrasting ways. A good example of this is the almost five-hour-long Qiu (Inmates) by Ma Li, a documentary about a psychiatric clinic in northern China. Featuring people who will probably never leave this institution again, the film evokes an entire eternity in which the horrendous has become normality. The presence of people has almost no influence on this place. Every room looks the same, everyone wears the same clothes. Nobody is permitted to personalise their surroundings or leave any evidence of their existence at all. The passage of time no longer exists within the clinic’s daily routine.

What significance is borne by daily routine within the fiction films?

Many of the fiction films are very concretely about human existence – the family, the small details with which we are confronted every day. Laura Schroeder’s Barrage depicts three generations of women. The middle generation has cracked up and left her child with its grandmother. When she returns, she must rediscover herself as both a daughter and a mother and recognise how she has got into her current state. The film features Isabelle Huppert as the mother and Lolita Chammah as the daughter. Chammah also plays the leading role in Drôles d'oiseaux (Strange Birds) by Elise Girard who tells a realistic story verging on the surreal. Exactly like in Adiós entusiasmo (So Long Enthusiasm) by Vladimir Durán, where the audience briefly believes we are being presented with a “normal family” before we realise there is something fundamentally awry with this situation.

The mother of the family spends her life cloistered in a small room. Are there reasons for this?

Many films in our programme preclude simple explanations and, in doing so, open up a very different view of reality beyond the Aristotelian theory of drama and relief via catharsis. Art has the freedom to ignore this straitjacket and to explore narrative possibilities beyond simple non-ambiguity. Not every film has to be a psychologically coherent three-act drama.

What are the predominant forms in the documentaries this year?

The first obvious feature is that several films have elected to take long-term observation as their form in order to facilitate a particular type of experience. El mar la mar intensively aims at the sensory, the effect of observing, so that the subject matter becomes tangible. Aus einem Jahr der Nichtereignisse (From a Year of Non-Events) by Ann Carolin Renninger and René Frölke is deceptively simple: the title already announces the irony of its distinctive approach. The films creates scenes out of something that exists in reality: the fact that, in many people’s lives, not an awful lot happens – especially when you’re a 90-year old man who lives on a farm in Schleswig Holstein.

There are many different forms of essay film to be discovered in the programme. In Cuatreros (Rustlers), Albertina Carri uses extremely disparate found footage to simultaneously tell her own story and that of her country. She shows an era of protests in Argentina, before all opposition was defeated by the military dictatorship. The work was originally created as an installation comprising up to five audiovisual channels. The film version is still exceedingly image-rich, and these images are intensively commented upon by the director. You have to watch it more than once to catch everything. 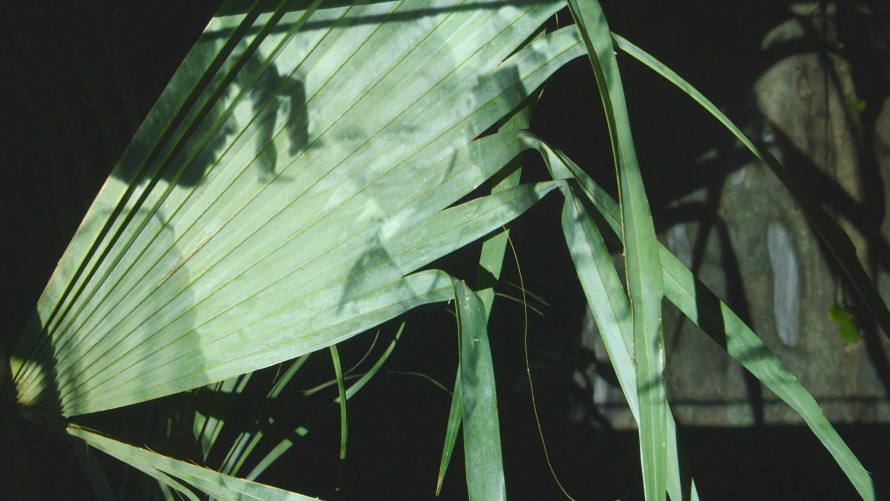 Its use of multiple split screens makes Cuatreros very unusual. Is that also true of its subject matter?

The film has resonances with at least three other films in the programme, all of which explore revolutionary violence. Shu'our akbar min el hob (A Feeling Greater Than Love) by Mary Jirmanus Saba is about the strikes in Lebanese tobacco factories in the early 1970s which were violently put down by the factory owners banding together with the state’s security forces. The Forum Expanded film Off Frame aka Revolution until Victory by Mohanad Yaqubi uses archive footage of PLO fighters whose militaristic poses ultimately serve as self-affirmation. The PLO ran a film unit whose chief task was to forge a Palestinian identity. Thus, revolutionary myths were developed via images. The process of mythologisation is one of the central topics in these films.

This is also the case in Spell Reel which was created as part of the “Living Archive” project here in Berlin. Filipa César has worked with the resulting material to document firstly the fight for independence against its colonial masters and then the creation of a socialist state in Guinea-Bissau. As with the other films, Spell Reel also documents the desire to create an individual position using cinematic means – and in this it is also an interrogation of incomplete archives whose material has been damaged by the passage of time and which contain many unanswered questions.

Can the landscapes in El mar la mar and Tinselwood by Marie Voignier also be read as a kind of archive?

That is an interesting comparison! I would say, yes. Both films take themselves off to inaccessible places in search of traces left behind: El mar la mar in southern USA, Tinselwood in eastern Cameroon where it discovers the remains of German colonial history. Among other things, this film is about the myths which have grown around the treasures the colonial masters allegedly left behind. It places the – in part hair-raising – stories of the inhabitants of this region at its heart. 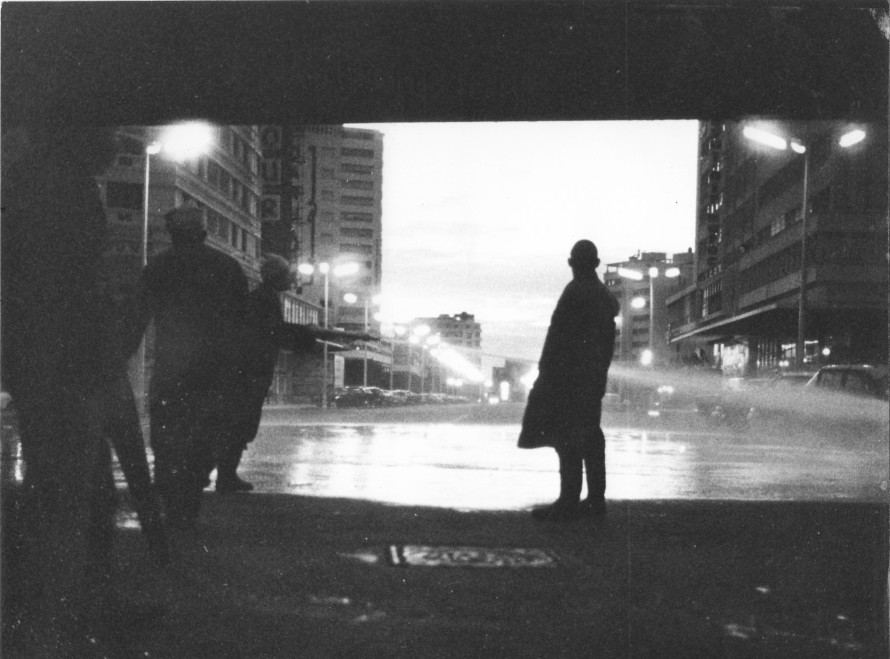 How did the focus on Moroccan cinema in the 2017 programme come about?

In the summer of 2016 I travelled to Rabat and was given permission to view old video tapes in the Centre Cinématographique Marocain (CCM). There, I came across the films of Mohamed Afifi, Ahmed Bouanani and others which I found completely fascinating. The names of most of the directors were unknown to me. Then I learned that Ali Essafi, who was a DAAD artist-in-residence in Berlin last year, has been working on a film about Bouanani for years. He conducted long interviews with him before his death and the two became friends. When I met Ali in Berlin and told him I had seen the films and could imagine putting together a programme, he enthusiastically promised to finish his film about Bouanani - Obour al bab assabea (Crossing the Seventh Gate) can be seen in the Forum programme and Ali supported me with help and advice in the composition of the “Autour de Bouanani – Another Moroccan Cinema” programme.

You are screening newsreels which Bouanani produced for CCM. The description of one of these films - Sitta wa Thaniat 'Ashar (Six et douze) – is “a study of the light in Casablanca between 6 am and 12 pm”. That sounds extremely unusual ...

Afifi and Bouanani actually succeeded in working in an artistic way within this format and raised the weekly newsreels to a hitherto unknown aesthetic level. They tested borders even when it reaped them few rewards. Bouanani served a long-time ban from directing by the CCM and was considered to be just an editor. Nevertheless, he used montage to make his own films. He spent his life fighting against all opposition to realise his artistic vision of a different kind of Maghrebin cinema. Bouanani is one of the founding fathers of Moroccan cinema – there wasn’t any notable cinematic art there before him.

In two films you are also taking a look at South Korean film history ...

Both are incredibly interesting milestones in Korean film history, and both intensively address the realities of their country. Lee Doo-yong’s Choehuui jeung-in (The Last Witness) from 1980 travels 30 years back in time to the history of the Korean War and uncovers the roots of a conspiracy. The lead character is an unconventional police inspector whose methods occasionally go too far. As with Obaltan (Aimless Bullet) by Yu Hyun-mok, this film was heavily censored because it was suspected of having sympathies with North Korea. Obaltan is strongly reminiscent of Neo-Realism, something which is incidentally shared by Bouanani’s work. In 1960 South Korea was an extremely impoverished country which had been terribly weakened by the war. People were starving. The film tells the story of an office worker who, in spite of having a secure job, scarcely has enough to live on. His mother is traumatised by the war and only ever says “Let’s go, let’s go” – which is also the final sentence in the film; at the time this was interpreted as “Let’s go to the North”. Obaltan was made in 1960, Choehuui jeung-in in 1980, therefore one at the beginning and the other at the end of the dictatorship of Park Chung-hee, father of President Park Geun-hye who was suspended from office only two months ago. Both films were created during short periods when there was hope of democratic change. They are portraits of a deeply divided society in an arbitrarily partitioned country. Both films recount the realities of this country via genre cinema.