Authenticity is an important catchword in attempting to characterise the multifarious 2014 Generation programme. Cinematic rhythm, the embedding of a narrative within real settings and the authentic performance of the young protagonists all play a central role. In this interview, section head Maryanne Redpath and deputy head Florian Weghorn highlight the universality of themes and stories, as well as the complexity of cinematic forms. 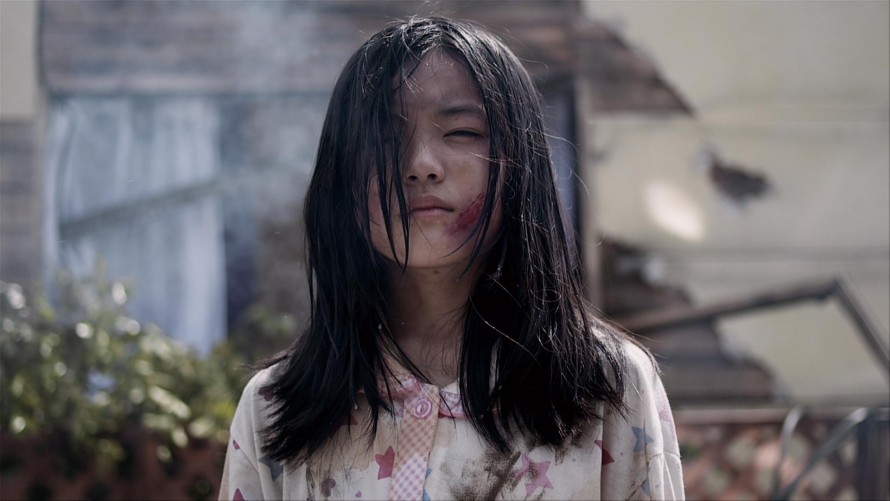 Films of the Generation programme 2014

What is the biggest challenge for you as adults in curating a film programme for children and young people?

MR: Our work actually isn’t very different from that of the other festival selection committees. We look for good films, and in the process we don’t expect every film to be enjoyed by every young viewer. We want to challenge our audiences and at the same time we hope to be surprised by them. The reactions in the theatre are as different as the spectrum of films is wide. The many age brackets alone keep the dialogue highly variegated. A four-year-old challenges us very differently than a 16-year-old, and wants to be challenged by films differently. For us, it’s about discourse at eye level.

FW: Generation is privileged in that it can show films that weren’t explicitly made for a young audience, but that are nonetheless appropriate for that target group. It’s a collection of universal themes and stories told from the point of view of children and young people. This basic openness is very important to us. We don’t want to label our films and welcome viewers of all ages. 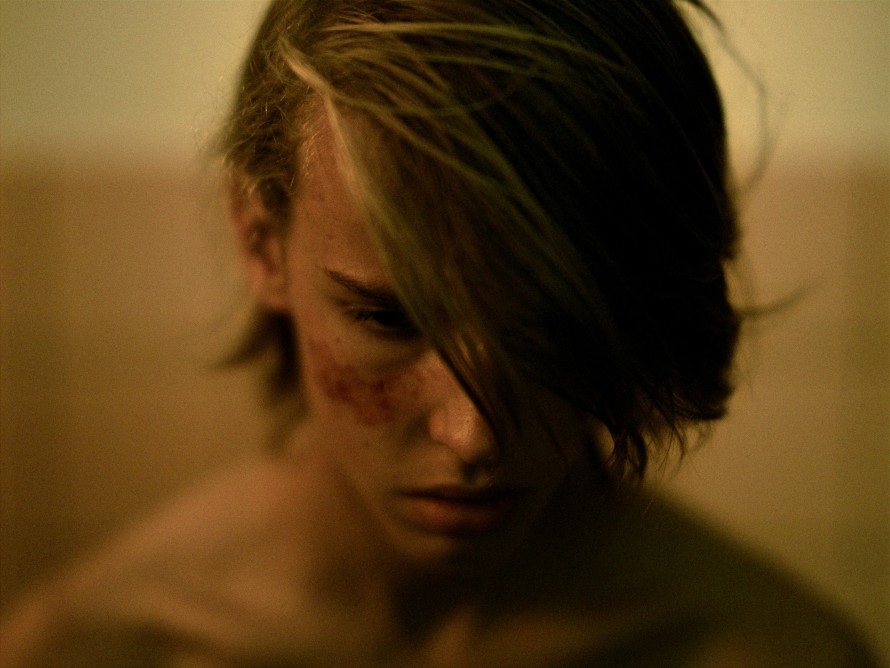 You mentioned narrative point of view. What techniques are used by the filmmakers to convey the feelings of early life?

FW: When a filmmaker wants to depict the world as it is seen by a child, it can be done with the narrative rhythm, independent from the story itself. Hitono Nozomino Yorokobiyo (Joy of Man’s Desiring) by Masakazu Sugita in the Kplus programme is a good example. This Japanese film is about the impact a massive earthquake has on two children. Its stylistic elements give the impression of a highly decelerated, strangely distanced perception of the world in the aftermath of the shock, comparable to a ringing in the ears after a loud bang. As the situation slowly begins to improve for the siblings, the rhythm of the film changes as well.

MR: Violet, a Belgian-Dutch production by debut director Bas Devos, is a very intensely told and differentiated film that’s more concerned with the unexplainable and invisible, and less with the obvious. A boy is stabbed at a shopping centre. His best friend, the main character, is left behind, alone with his feelings of guilt and fear. The powerlessness and the feeling of paralysis are conveyed through images and especially through sound. We see and hear between the lines, as it were. Violet is deeply moving and a wonderful challenge for the viewer – demanding, but not straining. 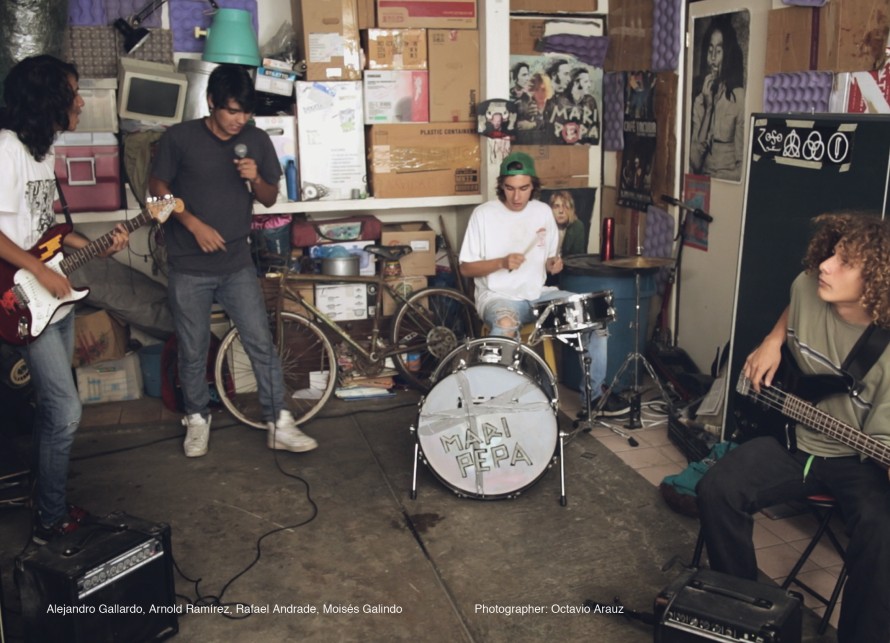 FW: Incidentally, we don’t just show art house films with deconstructed narratives. But young characters can’t be the only selection criteria either. Oftentimes the films don’t just depict a youthful attitude towards life, they embody it. It works in serious ways as well as in an intoxicating, grungy punk way like in Somos Mari Pepa (We Are Mari Pepa, Mexico) by Samuel Kishi Leopo. We admire that kind of one to one relation between cinematic experience and life perspective, and it’s something our viewers also truly appreciate.

MR: Two films in the programme don’t have any children or young people as characters. One of them is Tante Hilda! (Aunt Hilda!, France / Luxembourg) by Jacques-Rémy Girerd und Benoît Chieux, one of the five long animation films in the Kplus programme. The main character is a self-reliant woman, somewhere between 40 and 50 years old, an old-school 60s radical with head, heart and hand. She fights the genetically engineered corn industry with flower power. The film isn’t just interesting to a young audience – which sometimes needs to be emphasised when you’re talking about an animation. The second film without young actors is What We Do in the Shadows (New Zealand / USA) by Taika Waititi and Jemaine Clement. I would even go so far as to say that the Berlinale has never had a film with characters as old as the ones in this mockumentary about vampires sharing a flat. The flatmates are up to 8000 years old, and just like in any flat share situation, there are arguments about who’s going to wash up. A highly laconic satire on our society in its youth cult – and a brilliant component in the 14plus programme. 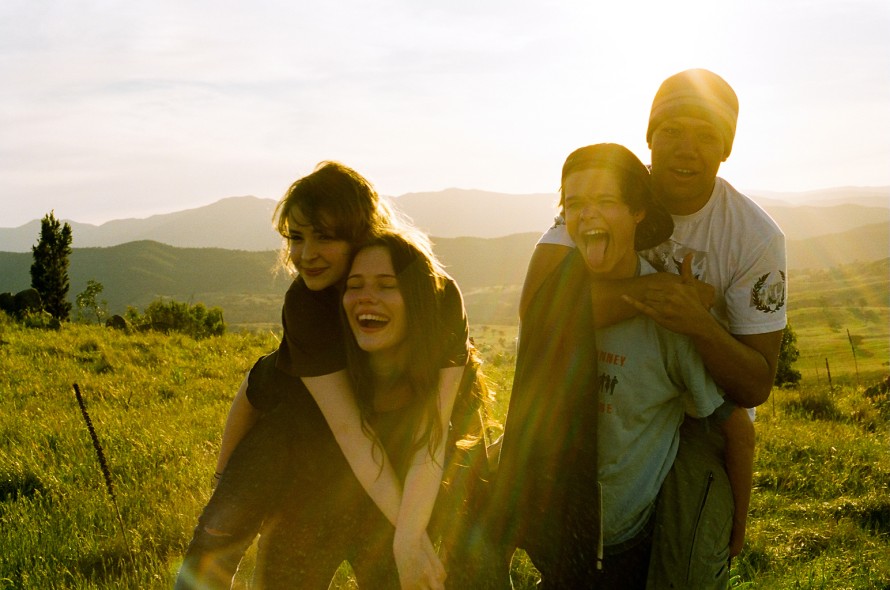 What factors play a role with regard to storytelling?

MR: A number of stories are framed by outside influences; the environment is never just the set. In the Australian film Galore by Rhys Graham, the tensions between the main characters are brought to the surface by the threat of a nearby forest fire. In Ömheten (Broken Hill Blues) by Sofia Norlin, the land seems like an independent, omnipotent character in the film: Parallel to that, the film tells the coming of age stories of multiple youths in the northernmost town in Sweden. There, a mining company is blasting deep below the ground, making the snow fall from the trees. The youths and their environment are similarly destabilised. The threat of disaster from outside encloses the plot, simultaneously mirroring and dramatizing its emotional aspects. 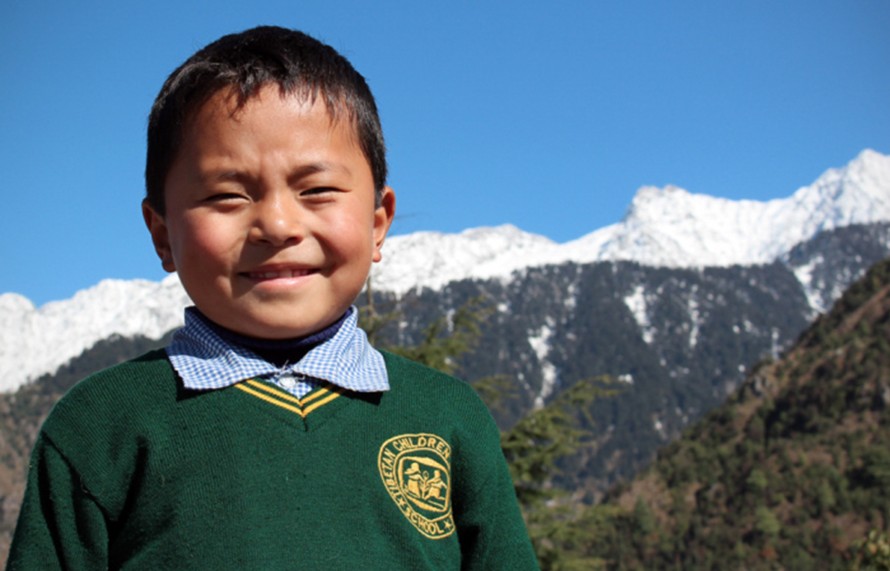 What’s in store for viewers in the short film programme?

FW: The short films are a smaller, or shorter representation of the section, if you will. You see a series of independent cinematic artworks, meet the most diverse array of characters and their stories, and you still go home with the sense of having been immersed in the Generation cosmos head-first.

MR: Looking at countries of origin, the short films are also a great extension of the programme. This is where we have our rare and exotic works: Rangzen (Freedom, Gaurav Saxena) from India, set in the mountains of Tibet, Vetrarmorgun (Winter Morning, Sakaris Stórá) from the Faroe Islands, Pigs (Laura Mohai) from Singapore and Malaysia.

Beyond Beyond by Esben Toft Jacobsen

It natural to think of coming of age stories when considering the 14plus section. What other genres are important here?

FW: This year we’re showing a series of different films that focus on music. God Help the Girl from the UK, for example, the 14plus opening film. A captivating singer-songwriter film and the directorial debut of Stuart Murdoch, founder and lead singer of Belle and Sebastian. You can really feel where the film has its roots.

MR: Clearly in the underground bars of Glasgow.

FW: Or the Australian film Emo (the musical) by Neil Triffett, and the animation film Jack et la mécanique du cœur (Jack and the Cuckoo-Clock Heart), co-directed by Mathias Malzieu, the singer of the French band Dionysos. Jack has a cuckoo clock instead of a heart. The film is a Gesamtkunstwerk, cinematically and musically.

MR: And now I have to mention the punk rock film Somos Mari Pepa again: four guys, their band and just one pretty obscene song. The film could be described as an ensemble piece, just like the international co-production Mavi Dalga (The Blue Wave) by Zeynep Dadak and Merve Kayan. It’s about a clique of young girls. Their everyday life somewhere between the end of youth and starting off into a new, threatening and unfamiliar world draws a very modern picture of Turkey today.

FW: Of course, road movies traditionally play a substantial role in Generation. The genre and the youthful trip into the world of grownups just fit together so well. It’s visible in the Franco-Argentine fiction film Ciencias Naturales (Natural Sciences) by Matías Lucchesi, or in the animation Beyond Beyond (Sweden / Denmark) by Esben Toft Jacobsen. In the first, a girl from the misty mountains sets out into the valley in search of her true family history. In the second, a young rabbit dives down into magical underworlds in order to meet his late mother.

Apropos, a striking feature in a number of Kplus films is the absence of a parent. Does a child’s first taste of independence always have to be justified by the death of a parent?

FW: No, of course not. But in a narrative, it is often drastic changes that trigger a development and cause a protagonist to take their life into their own hands. It can also be a move, a friendship that ends, or the loss of a pet, like in Einstein and Einstein by Cao Baoping from China. For Li Wan, it means the collapse of her parents’ entire mesh of lies. 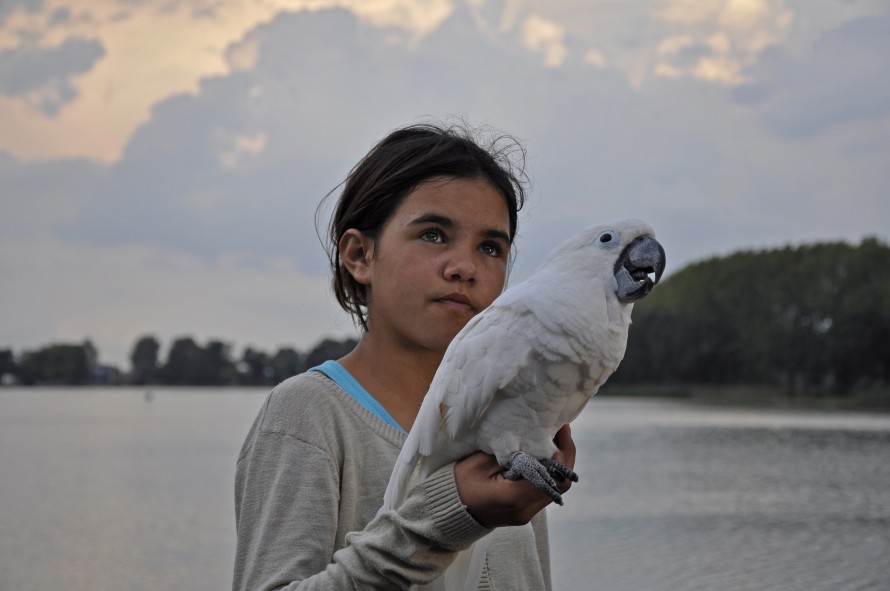 Shayleah Sands in Above Us All by Eugenie Jansen

MR: An important theme this year is the mourning process and the question of how to deal with death, individually and in different cultures. This is summarised perhaps most emphatically in the 3D film Above Us All (Netherlands / Belgium) by Eugenie Jansen. It’s about a girl who lives in the Australian desert with her indigenous mother and Belgian father. When her mother dies, she moves to Belgium with her father. Not only does her new home look different, but the people also mourn in an unfamiliar way. The film offers the viewer an almost physical experience because it’s made up exclusively of gently circling 360-degree pan shots, and as already mentioned, in 3D. The camera drifts off into space towards the end, looking back at the blue planet. 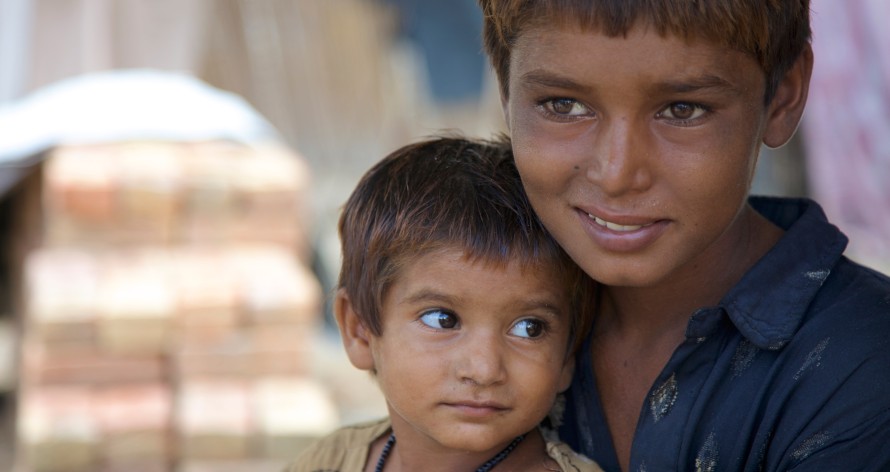 Out of This World by Viktor Nordenskiöld

Are there any other cross-references throughout the programme?

FW: We recommend five very different films from all over the programme for the Teddy Award. And fortunately they’re not all coming-out films, which is what you usually think of when it comes to youth in that context. 52 Tuesdays, for example, is the chronicle of a 16-year-old learning how to handle her mother’s sex change. A very authentic film that takes the time necessary to depict the slow changes: the film was chronologically shot over the 52 Tuesdays of one year.

FW: We’re only showing two documentaries, strictly speaking – the short film Out of This World by Viktor Nordenskiöld from Sweden, which is set in Pakistan, and the very poetic short film Hijos de la tierra (Earth’s Children) by Diego Sarmiento from Peru. But equally as interesting are the documental elements in the fiction films, which have their origins in the work of amateur actors and the aforementioned embedding of the stories into real settings or time periods. Were Dengê Min (Come to My Voice, Turkey / Germany / France) by Hüseyin Karabey, for instance, is a very documental fiction film in its design. The way it then interweaves its highly different narrative planes makes it an ornamental work of art.

MR: Of course we also have films in the programme with professional actors, but many of the children or young people had never worked in front of a camera before. I marvel at how the directors work with these protagonists. Earlier we mentioned very stringent, thoroughly defined films, but others work entirely without fully written dialogues or clear-cut camera focuses. With dedication and candour, they capture the magic moment in which a child can utterly be itself, unabashed and unplayed, almost like in a documentary.

FW: All of that is impressively done in the East German film Ikarus (Icarus). We’re showing the restored version in a special screening in cooperation with the DEFA Foundation, and we’re also organising a discussion with contemporary witnesses and former “film kids” at the Audi Berlinale Lounge on Marlene-Dietrich-Platz. The Berlin district Prenzlauer Berg plays a big role in Ikarus. But what’s even more impressive is how director Heiner Carow led his main character his authenticity without sacrificing. The boy is so angry! The film is from 1975 and fits into this year’s programme effortlessly.