In the second year of the pandemic, the Forum’s main programme selection of 27 feature films is complemented by a Forum Special comprising 14 short and long works. Section head Cristina Nord discusses old and new films, non-anthropocentric cinema and the unbridled ingenuity of filmmakers who refuse to let the pandemic hold them back. 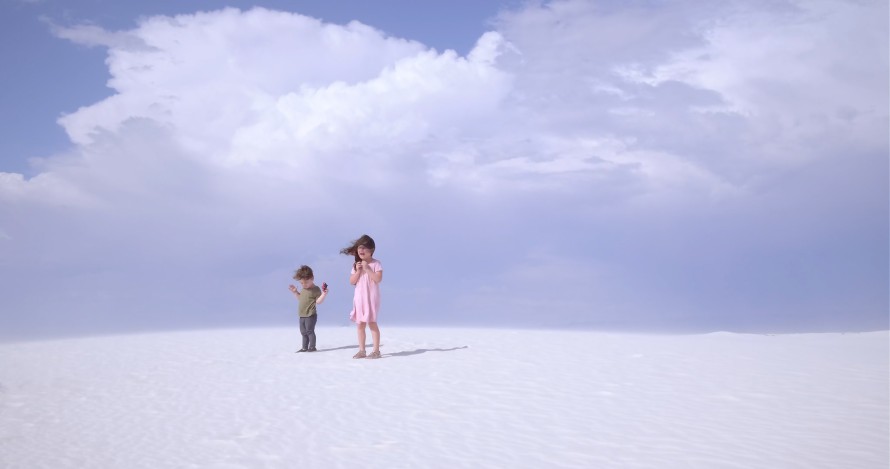 The 72nd Berlinale is taking place under pandemic conditions. How has the virus made itself felt in the submissions? And what influence has Covid-19 had on the selection process?

The pandemic was noticeable, but not in the sense that fewer films were submitted. Quite the opposite, in fact: we actually viewed more films. And we’ve realised that directors who make the type of films that could be considered for the Forum are accustomed to finding creative ways to work with limited funds, resources and locations, even without a pandemic. And thus, many of them have managed to make the most of the difficult situation.

To jump straight into the programme: the two South American films El Veterano (The Veteran) by Jeronimo Rodriguez and Camuflaje (Camouflage) by Jonathan Perel, as well as the US-American essay film Nuclear Family by Erin and Travis Wilkerson all combine a very personal approach with the inspection of or encounter with a location. To what extent can films convey history when they are set in the places where that history occurred?

The underlying idea of all these films is that they visit places where historical or contemporary violence has taken place. In Camuflaje, that place is an area where the Argentinian military is still active today and which housed a torture camp during the military dictatorship. Political prisoners were made to disappear there; in other words: they were killed. When approaching this wasteland, Jonathan Perel also asks what the specific location can reveal about what happened there. This includes, like it or not, a dissonance in perception. For example, at the beginning of the film, a character can be heard raving about the beauty of the lush vegetation and then describing how that beauty stands in stark contrast to the horrible things that took place there. 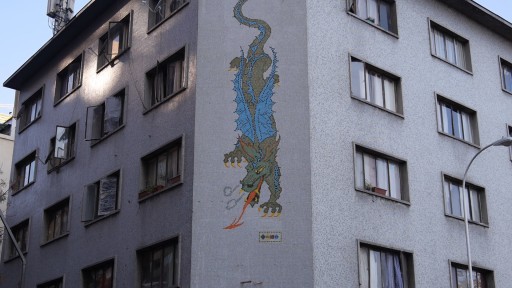 El Veterano searches for a phantom: a US priest who has lived in Chile and is rumoured to have been involved in the atomic bombing of Hiroshima. This quest becomes the subject of the voice-over, which forms a powerful component of the film. In the meantime, we see crossroads, billboards and rows of houses in the communities where this priest was allegedly active – although it remains unclear for a long time whether he actually existed. A jigsaw puzzle is gradually put together from these images which, however, never add up to a complete picture but instead remains fragmentary.

Nuclear Family also works with a voice-over which throws a lot of information and analysis into the film. It is a very personal film, deeply rooted in the perspective of the filmmakers, and at the same time a political essay film which deals with the use of nuclear energy in the USA. Visiting places in this piece often means being on the edge of a restricted military zone. Here, Erin and Travis Wilkerson’s approach is less searching or tentative, and more one that appears with great self-confidence. 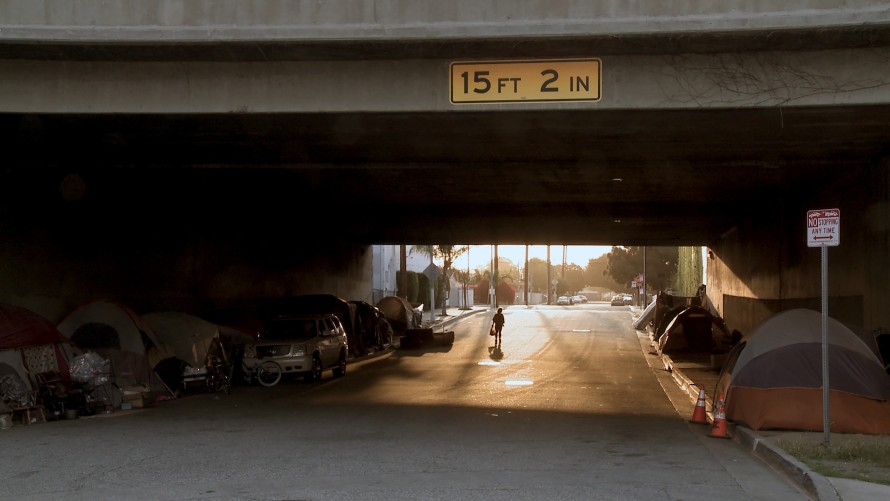 The United States of America

A prominent figure of political documentary and a frequent guest at the festival is also represented once again: James Benning. How does his most recent film, The United States of America, connect to the works we’ve just discussed?

It’s a film that trenchantly poses the question of how places can-places on the outskirts of cities. But there is also a trick in this film which we won’t say too much about here and which emphatically calls into question the whole idea of representation.

Alain Gomis’ Rewind & Play is no less political and interested in the topic of representation. Gomis is also a past guest of the Berlinale: in 2017, he received the Silver Bear for his feature film Félicité. Now he’s back with a documentary, or rather: an archival exploration – what direction is Gomis taking here?

Alain Gomis was digging through the French television archives and came across a show from the late 1960s featuring Thelonious Monk. A journalist is interviewing the musician; Monk is sitting at the grand piano; sometimes he plays something. Gomis has used scenes from the programme along with outtakes to reassemble the material. Through this process, several things become visible: the racist framing, the role Monk is cast into, the patronising questions and the arrogance of a white majority society looking at Black culture. At the same time you realise that, despite all this, Monk is a great musician. Gomis has edited the whole thing in such a way that the specific structure of pauses and repetitions inherent in Monk’s music is reflected in the montage. Ultimately, it’s a film that makes you think about how images are made – a self-reflective film. 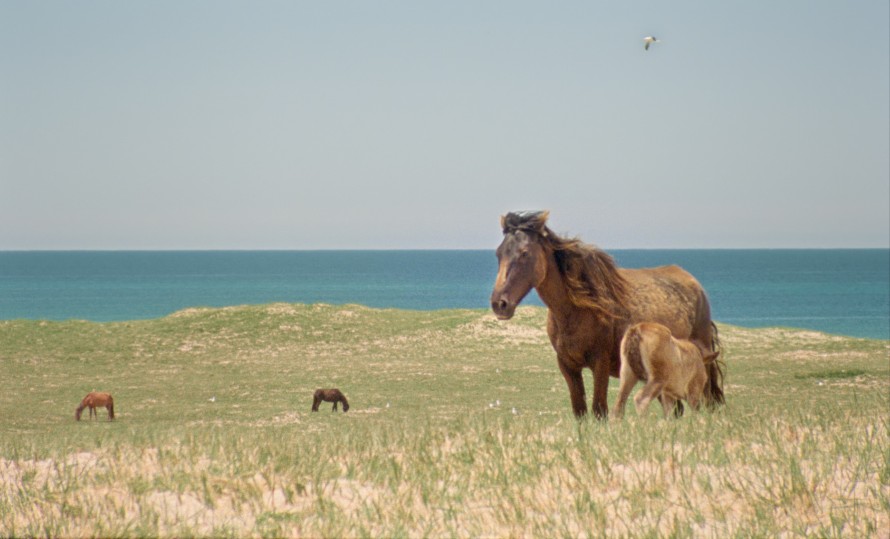 Some of this year’s films are very conscious of the environment and of how we interact with it. In particular, Jacquelyn Mills’ Geographies of Solitude, but also Raul Domingue’s Terra que marca (Striking Land) and, in a somewhat more playful way, Jorge Jácome’s Super Natural. What do these works offer in opposition to the anthropocentric view?

Cinema is anthropocentric: it is almost always about people; the cinematography is often designed in such a way that human eye-level serves as the benchmark. Any deviations from this are immediately noticeable – as in the films already mentioned. In theory, the term “planetary turn” has been established. This proposes a new concept for the relationship between humans and the environment so that the previously predominant subject-object relationship is broken. Up to this point, human beings have been the active subject and the environment the object to be worked on or exploited. But this relationship is now being redefined, for example, by the environment claiming subject status. This is the case in Indigenous worldviews; Carolyn Christov-Bakargiev, the artistic director of Documenta 13, also incorporated such ideas into that exhibition. The film directors here are trying to do something similar: establishing a relationship between cinema and the environment that is not defined by the human perspective. Now, this is easy to say but difficult to do, which is why we need to speak of approximations. 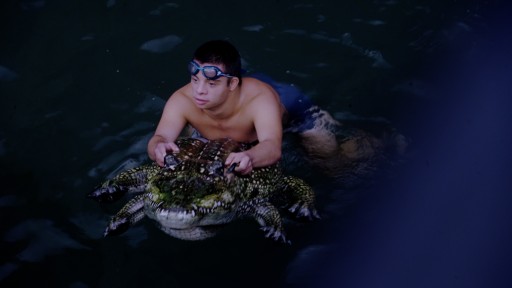 Super Natural, among other things, brings artificial intelligence into play and cultivates a precise, loving and imaginative view of flora and fauna. And, alongside the level of information, Geographies of Solitude contains a very experimental level: Jacquelyn Mills buried film negative in the ground of the island her film focuses on, thus delegating the exposure process to the soil and tree roots. This means that the island, to put it very literally, has a kind of co-authorship of the film.

In Terra que marca, the camera often points towards the ground and films hands, machines and tools interacting with it – not in a romantic, glorifying way, but very soberly and observationally, which nevertheless has something hypnotic about it. 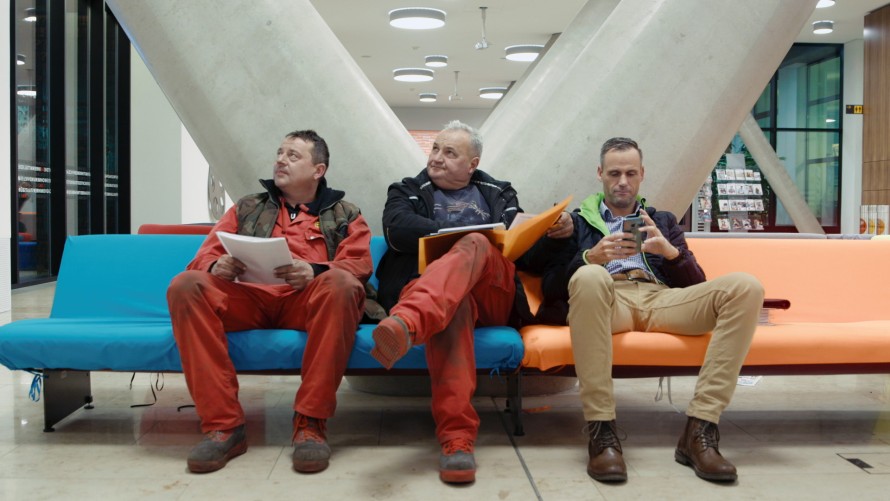 Another motif evident in many of the films in various ways, sometimes casually, sometimes very centrally – and I’m afraid we can’t avoid it – is the pandemic. How do the films establish a connection?

We watched many lockdown films during the selection process and far from all of them were interesting. I was therefore happy to come across films that deal with the pandemic in a way that is as idiosyncratic as it is convincing. 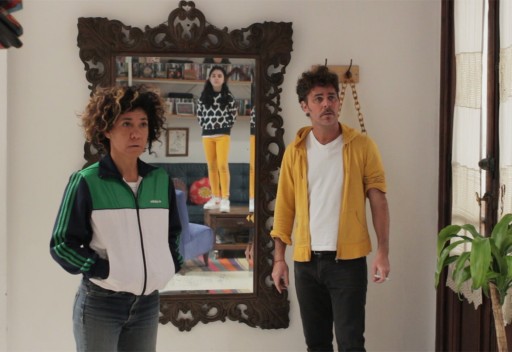 Another film I’d like to bring into play here is La edad media (The Middle Ages) by Luciana Acuña and Alejo Moguillansky, a couple from Argentina who filmed in their own house, with their own child and their own dog. They act as slightly fictionalised versions of themselves and the whole thing is presented as a tragicomedy. The film raises questions we cannot dodge: How and for whom do you produce art when there is no audience or the audience is sitting at home in front of the screen? What is art in these pandemic times? And what would post-pandemic art look like?

The big difference from what we discussed last year is that it is now clear to most people, most filmmakers, that the pandemic has caused processes that are irreversible. The idea we still nursed in 2020 and even 2021 of returning to a previous status quo is now obsolete. This is something that is played out in a very vivid and imaginative way in La edad media. 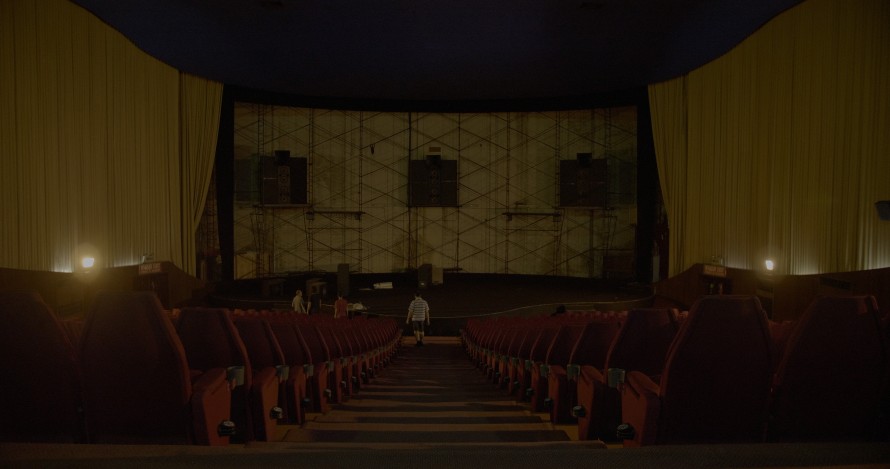 The pandemic also creeps into Ananta Thitanat’s Scala, at least through the back door ...

Absolutely. Scala is an observational documentary. A cinema from the 1960s in Bangkok, a magnificent building with a gorgeous interior, is closing down, the interior is being dismantled, and this is intertwined with the director’s family history. Covid is not to blame for the closure: the audience had already disappeared, but the virus accelerated the decline. The film is also touching because it implicitly asks what the cinema of tomorrow can be. Where is cinema headed? It’s a question that greatly concerns us, too. As much as we may delight in the grandeur of a cinematic experience – and I’m very much looking forward to the moments the Berlinale will provide: being in a cinema with other people – this is a development from which we cannot hide.

We must also mention this year’s Forum Special, including the programme “Fiktionsbescheinigung”. Looking at the historical programme, can we say whether these films have taken a fundamentally different view on the issues at stake over time? 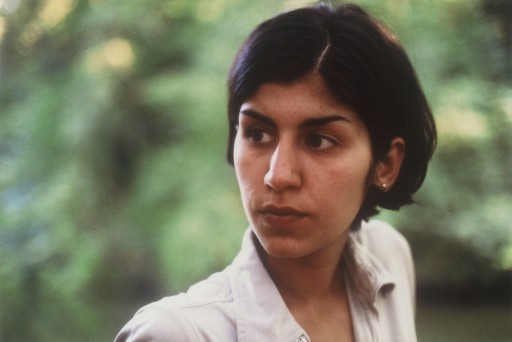 I don’t believe so. What definitely can be seen are self-confident positions that don’t allow themselves to be pinned down on one identity given to them from the outside – for example, Thomas Arslan’s film Der schöne Tag (A Fine Day). A series like “Fiktionsbescheinigung”, which presents films by Black directors or directors of colour living in Germany, is in a delicate situation because it’s possible to accuse it of clinging to identity and codifying it. I hope it doesn’t do this. I see it instead as a contribution to strategic identity politics in the way that it draws attention to works that have previously received little attention, such as the early Raoul Peck film, Merry Christmas Deutschland oder Vorlesung zur Geschichtstheorie II.

By “strategic” I mean that the films have to be shown together with others in order to create visibility and be received as a matter of course. It might be different in two or three years’ time because these films might find their way into film festival programmes all by themselves. But this is about an objection to a film historiography that doesn’t take migrant perspectives into account and refuses to allow them to become part of the canon. The heterogeneity of the curatorial team that selected the films is also playing a role in this. 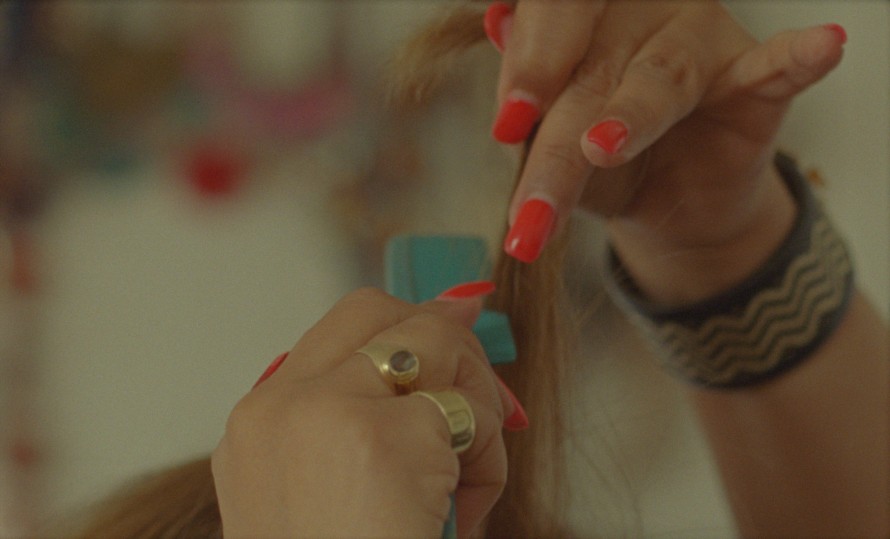 How do the two parts of the overall selection correspond? Are there points of contact between the main programme and the special series?

There are definitely correspondences. For example, in the main programme we have a wonderful film called Mis dos voces (My Two Voices) by Lina Rodriguez, a Colombian living in Canada who deals with the migration experience of women who came to Canada from Colombia and Mexico. Regarding the aforementioned Rewind & Play, which looks at racist framing, connecting lines can be drawn to the films by Hito Steyerl – Die leere Mitte (The Empty Center) and Normalität 1-10 (Normality 1-X) – and to Cana Bilir-Meier’s This Makes Me Want to Predict the Past as well as to the work by Forensic Architecture, 77sqm_9:26min. All these films make it tangible that racism and white arrogance, which is articulated in a purely verbal form in Rewind & Play, also harbour the possibility of violent acts.