At the 64th Berlin International Film Festival, British director Ken Loach was honoured with an Homage, and awarded the Honorary Golden Bear for his lifetime achievements. 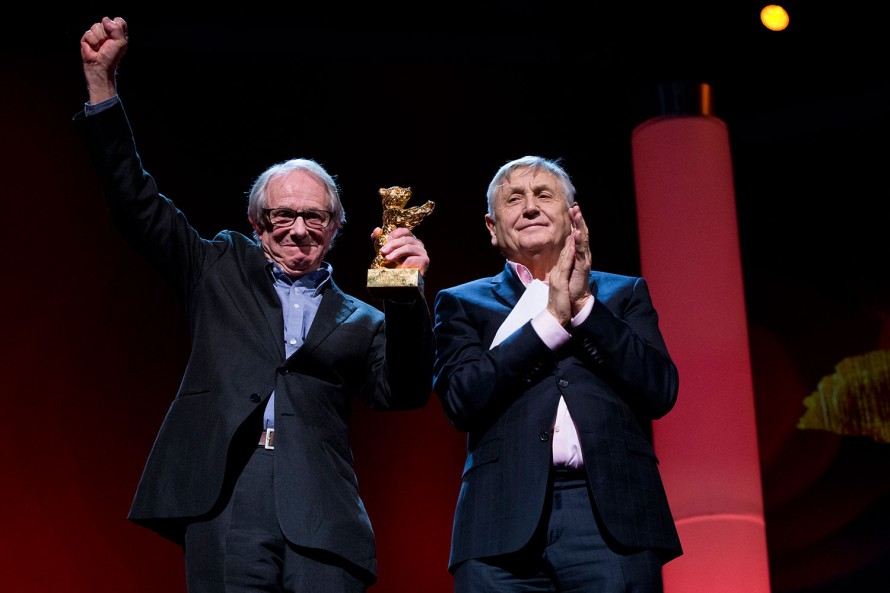 “Ken Loach is one of Europe’s great directors. Over his almost 50-year career, he has shown an extraordinary degree of continuity, while remaining innovative at all times. His profound interest in people and their individual fates, as well as his critical commitment to society have found expression in a variety of cinematic approaches,” says Berlinale Director Dieter Kosslick. “We are honouring Ken Loach as a director and greatly admire him for how he reflects on social injustices with humour in his films.”

Ken Loach was a young director at the BBC in 1966 when he created an unprecedented stir with Cathy Come Home. This semi-documentary drama is about a young working-class family that slides into homelessness and is subsequently separated by the authorities. Twelve million viewers, a quarter of the British population, watched the film when it was first broadcast. The BBC received so many calls offering help that its switchboard crashed. Evidently people had found the docudrama extremely realistic. For years afterwards, social housing schemes were an important national concern and influenced the political agenda. Even today, Cathy Come Home ranks as one of the most influential films of television history.

Ever since, his films - which are sometimes cast with non-professional actors – have daringly walked the line between documentary and fiction. Ken Loach has consistently shown a passion for compelling stories about the everyday lives of ordinary people and courageously sparked controversies on social issues.

Already with his second feature film, Kes (1969), Ken Loach had his international breakthrough. The story of an imaginative young lad and his kestrel is considered one of the key works of realism in European cinema. In the years that followed, he made many TV films. These include The Gamekeeper (1979), about an estate warden who gets caught in a conflict of interest between his boss, a duke, and the villagers.

The feature Raining Stones (1993), set near Manchester, tells the story of a man of great vitality who, as an unemployed father, struggles to maintain his dignity, and untiringly tries to raise money to buy a communion dress for his young daughter. One of Loach’s very politically engaged features – made under the signs and effects of the Margaret Thatcher era – is Ladybird Ladybird, about a woman and mother who is betrayed by those who should help her. My Name is Joe (1998) portrays the dramatic love story between a previously convicted man on the dole and a social worker. In The Navigators (2001), the solidarity of railway workers is tested by the privatisation of British Rail. Land and Freedom (1995) takes audiences back to the time of the Spanish Civil War, while alluding to parallels in present-day Great Britain.

And Ken Loach has always known how to surprise audiences. As was the case with his portrayal of a youth who turns into a ruthless drug dealer in Sweet Sixteen (2002), or the comedy about an unemployed postman and an ex-football star in Looking for Eric (2009).

Ken Loach has received innumerable awards. He has also shown several films in the Berlinale Competition and the Berlinale Special series. Most recently, in 2013, he presented The Spirit of ’45.

With the Honorary Golden Bear, the Berlinale payed tribute to Ken Loach for his outstanding oeuvre. The award ceremony was accompanied by a screening of Raining Stones (1993). On the occasion of the Homage for Ken Loach, the 64th Berlin International Film Festival presented a programme with ten of his films: