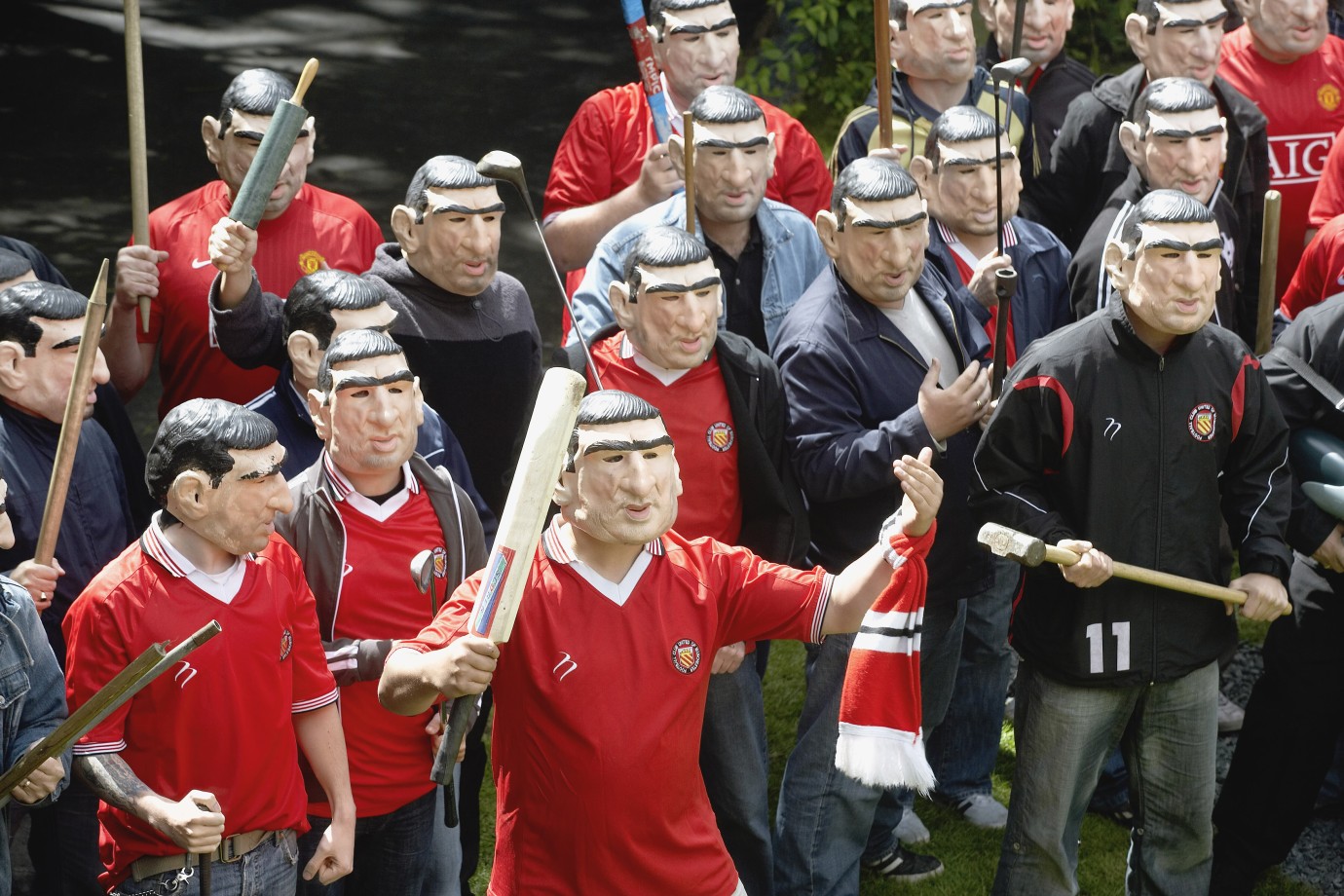 © DCM, Berlin
Eric Bishop seems to be at the end of his rope. His wife has left him, his two stepsons are giving him hell, and he’s even having trouble keeping up with his job with the Manchester post office. Co-workers’ attempts to cheer him up fail miserably. Then, after Eric smokes a joint, his idol, French footballer Eric Cantona, comes to life and dispenses advice that enables the postman to get a handle on his life. He re-establishes contact with his first wife, who he shamefully deserted 30 years ago. He also faces off against the crime boss who has his stepsons in his clutches – backed up by two dozen Manchester United fans spoiling for a fight … Although this feel-good movie seems to break with the usual form of Ken Loach’s filmmaking, he has remained true to his favorite subject matter. With his successful one-two play of the underdog protagonist and the former star striker, the director once again reveals his belief in the power of solidarity and egalitarian structures in the battles of the working class. Here, however, he allows the players in that battle to take direct action, as a collective cloaked in Cantona masks, and thus camouflaged as masters of a popular mass entertainment.
by Ken Loach
with Steve Evets, Eric Cantona, Stephanie Bishop United Kingdom / France / Italy / Belgium / Spain 2009 116’