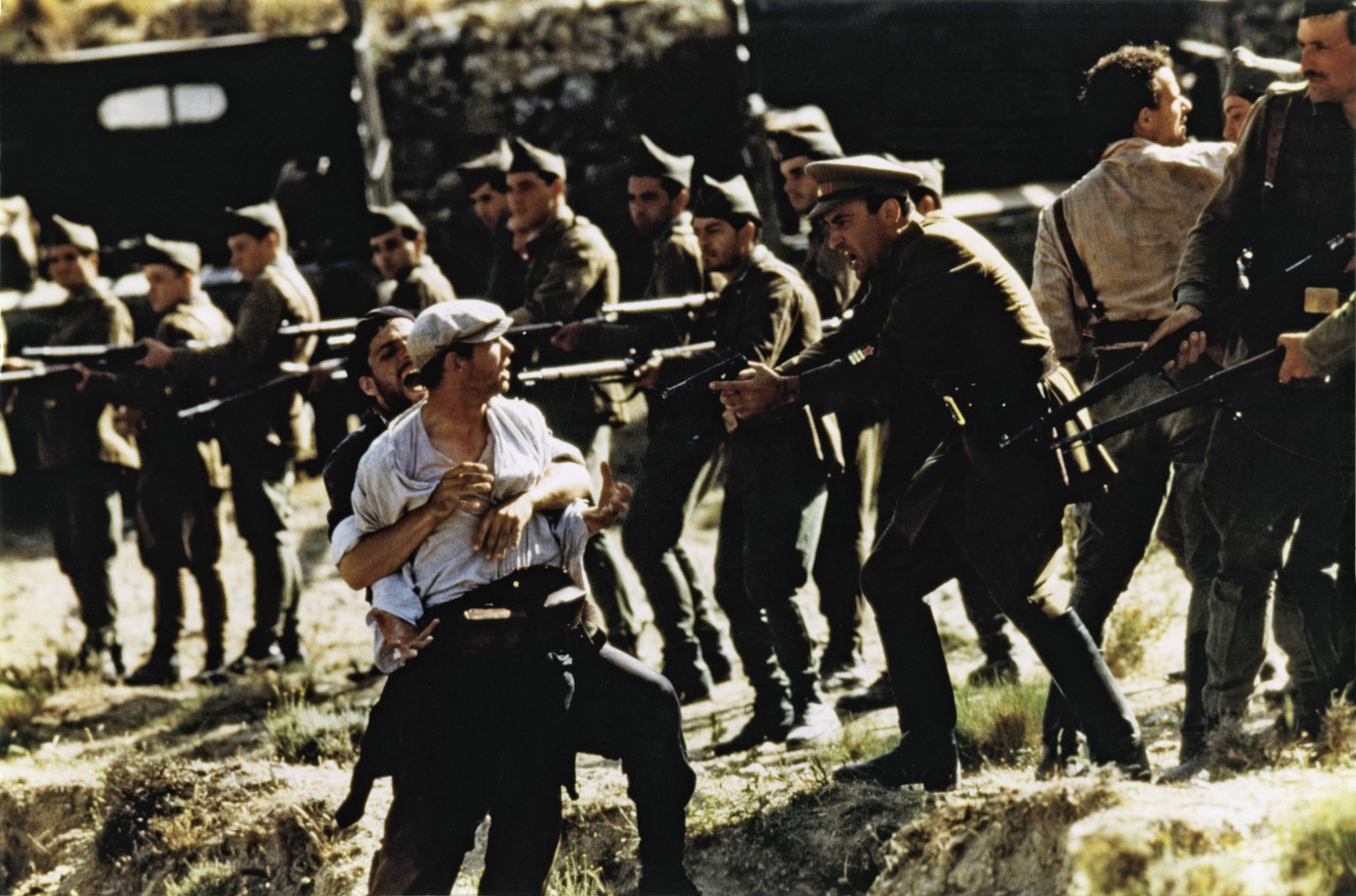 Source: Deutsche Kinemathek, Berlin, © Neue Visionen
Roused by images of the Spanish Civil War, a young British communist named David Carne travels to Spain in 1936. There, he joins an international anarchist militia, POUM. The group liberates a village from nationalist troops, allowing the residents to collectivize their farming. David meets his great love, militiawoman Blanca, in Barcelona and witnesses the fierce fighting between the various Republican factions. When he returns to the front, his troop is threatened with disarmament … The focus of Ken Loach’s first period drama is a social battle, in which local communists fail to prevail against the weight of Stalinist repression. Events in the film closely mirror the experiences of George Orwell, who fought on the side of POUM. Loach effectively links history to the present with the story of Dave’s granddaughter. Going through his papers after his death, she brings his experiences in Spain to life and raises the clenched fist of the labor movement at his grave. The message and the warmhearted quality of this uncompromising film were rewarded with the 1995 European Film Award for best film.
by Ken Loach
with Ian Hart, Rosana Pastor, Icíar Bollaín United Kingdom / Spain / Germany 1995 110’