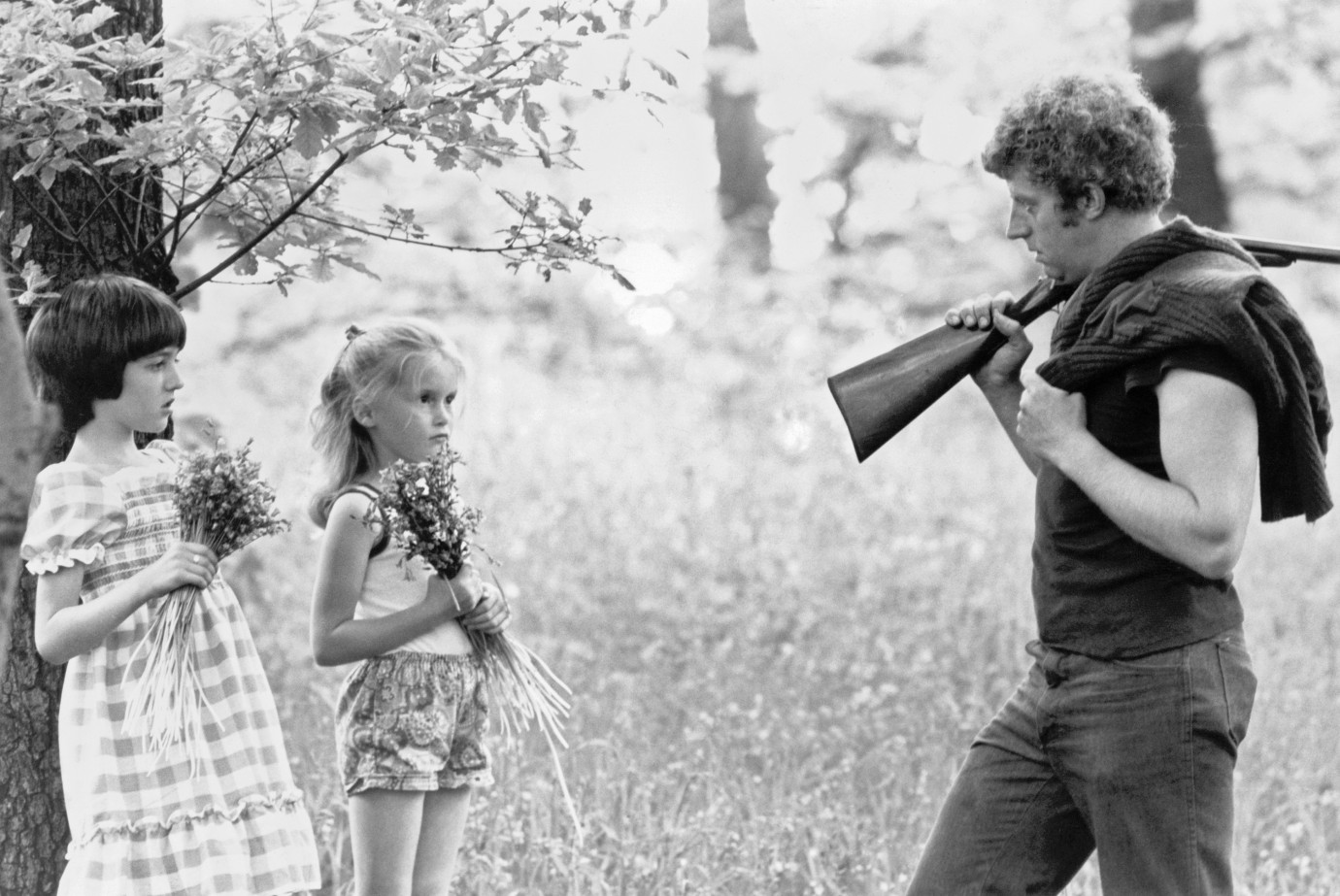 Courtesy of Sixteen Films
George Purse is married, the father of two small sons, and the gamekeeper at the Yorkshire estate of a count. The film ‘observes’ him at work from spring until the late autumn. We see him hunting rabbits and foxes, getting provisions from the neighbors, and chasing intruders off the property. But the focus is on the rearing of pheasants, the reason that George and his wife are missing their family holiday, and why their sons are not allowed to keep kittens. In the autumn, the count arrives with his upper class friends, and it is George’s job to drive the results of his year’s work before them to be hunted … Originally shot for a non-fiction series, this TV film has a documentary feel to it. With a sensitive eye, Ken Loach draws a portrait of a seemingly mundane character. Yet at the same time, the gamekeeper is a central representative of the English class system, appearing here as surety of its existence. Loaded shotgun over his shoulder, George Purse defends his lord’s private property against poachers, but also against young girls who only want to pick flowers in the forest.
by Ken Loach
with Phil Askham, Rita May, Andrew Grubb United Kingdom 1980 79’