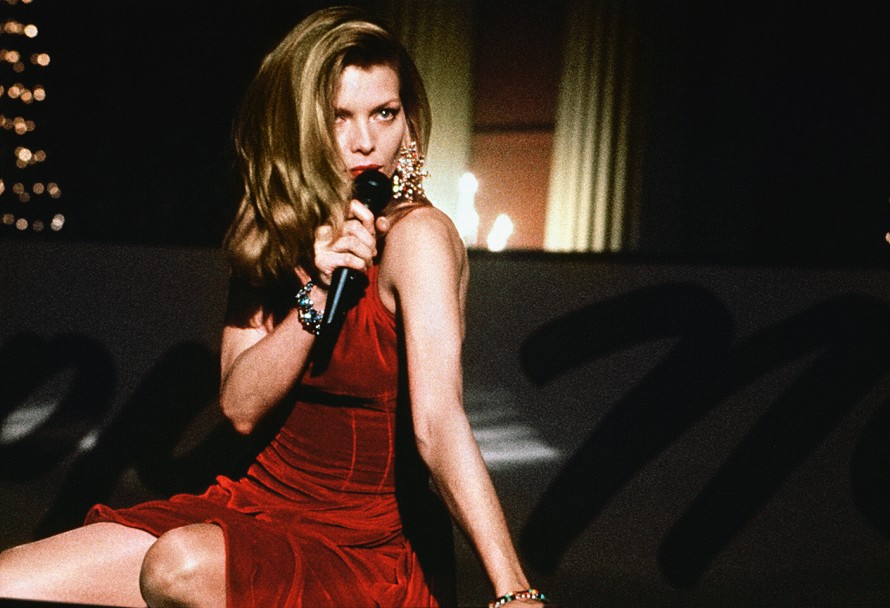 Ballhaus’ second outing with Martin Scorsese, for whom the DP has expressed great admiration, was The Color of Money (USA 1986), which was shown out of competition at the 1987 Berlinale. For the film about pool hustlers, Ballhaus unleashed the camera to glide, in a movement echoing that of the pool balls, around the room.

For the romantic comedy Working Girl (USA 1988, director: Mike Nichols), about a secretary who cleverly grabs the chance to transform herself into a powerhouse businesswoman, Ballhaus put a spectacular aerial shot behind the opening credits. The camera slowly circles the Statue of Liberty before pushing in to land on the Staten Island ferry.

In the key piano scene in The Fabulous Baker Boys (USA 1989, director: Steve Kloves), the camera dollies slowly around singer Susie Diamond and pianist Jack Baker. The long, sensual travelling shot is a flirtation just as intense as the interaction between Michelle Pfeiffer in her red dress and Jeff Bridges at the ivories. The cinematography garnered Ballhaus one of his three Academy Award nominations.

His fame grew in the 1990s with work on films such as Goodfellas (USA 1990, director: Martin Scorsese), Bram Stoker’s Dracula (USA 1992, director: Francis Ford Coppola) and Quiz Show (USA 1994, director: Robert Redford, shown out of competition at the 1995 Berlinale). In The Age of Innocence (USA 1993), the subtle use of camera angles and gentle dolly shots brought the drama of a love triangle in 19th century New York to life. The film is considered a masterpiece by the team of Ballhaus and Scorsese. After returning to Germany in 2007, he lensed 3096 Tage (3096 Days, Germany 2013) directed by Sherry Hormann, his final outing as a director of photography.

The Berlin International Film Festival has a long and close history with Michael Ballhaus; he has been a frequent guest at the festival with his films, and was president of the International Jury in 1990; in 2006, he was awarded the Berlinale Camera for his unique contribution to film.

In 2016, the Berlinale bestowed an Honorary Golden Bear on Michael Ballhaus for his extraordinary body of work. The Award Ceremony was accompanied by a screening of Gangs of New York (USA / Italy 2002, director: Martin Scorsese, shown out of competition at the 2003 Berlinale).