Not Yet Perfect, but Remarkably Different

Extraordinary horror scenarios, women in men’s roles and a colorful vision of the GDR. In an interview, the section director of the Perspektive Deutsches Kino 2012, Linda Söffker, talks about this season’s film school movies various independent productions. She is excited about new German films that play with different genres, capture the zeitgeist and find images that show the familiar in a fresh way. 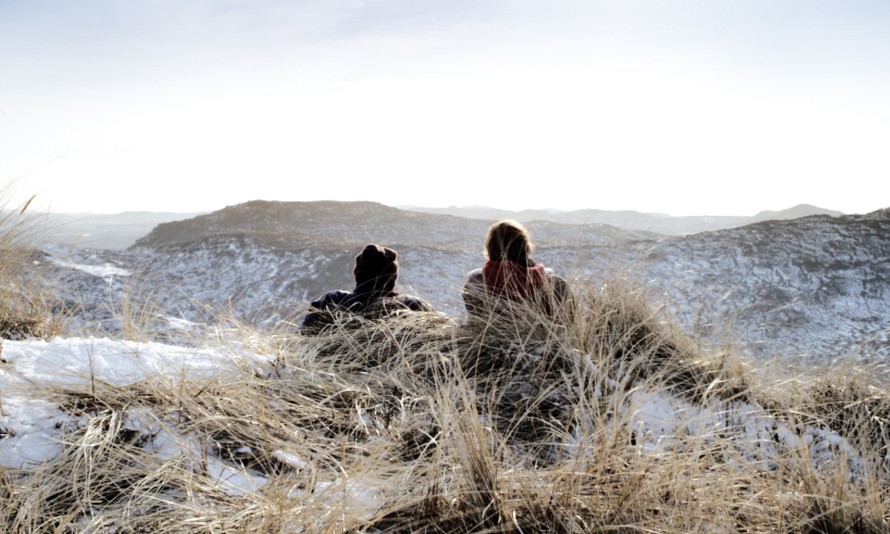 Film stills from the 2012 Perspektive programme

Maik Solbach, Pascale Schiller in Tage in der Stadt (Out Off) by Janis Mazuch

2011 was your first year as the head of Perspektive Deutsches Kino. I remember you were impressed with the high quality of submissions. How does the 2012 season compare?

We had over 60 more film submissions than last year, but that does not necessarily mean that I watched better films. The selection was more complex. Directors are known for saying that their second film is always the most difficult to make. My second year managing Perspektive was like that. I was ambitious and wanted to prove to myself, to the audience and the media that I had found my groove and I wanted Perspektive to be exiting for everybody. This year it took me a while to develop a feeling for the programme, longer than last year. But now I am very happy with the 13 films that we selected.

What stands out for you in this year’s programme?

For the first time there is a Turkish-German film community at Perspektive. A film entitled Karaman takes place entirely in Anatolia but also relates to Germany. Tamer Yiğit, one of the two directors (Yiğit/Prlić) is Turkish, but has lived in Berlin since birth. Tamer on the other hand is the brother of Burak Yiğit who plays the lead in Westerland – another film in our selection. Engin Kundağ tells a story about his Turkish homeland in a short film called Ararat. I find it remarkable and very interesting how Turkey keeps moving closer to Europe - even at Perspektive.

How do these kinds of connections occur? Do you have the entire programme in your mind or do you watch all the films individually first?

Initially I don’t have a clear picture but listen to my intuition while I am sifting through. Once I’ve found a few films that stand out thematically and try to develop a particular, visually aesthetic or dramatic language, I begin to look for special motifs. This year, for example, to begin with it looked as if the films of the programme were predominantly by men. As it turned out it was a nice surprise to meet interesting women as well. Soleen Yusef for example, tells a father/daughter story in a mafia/protection money environment in her film Trattoria. As the sifting process evolves, these kinds of considerations increase, but there is no clear picture at the beginning. 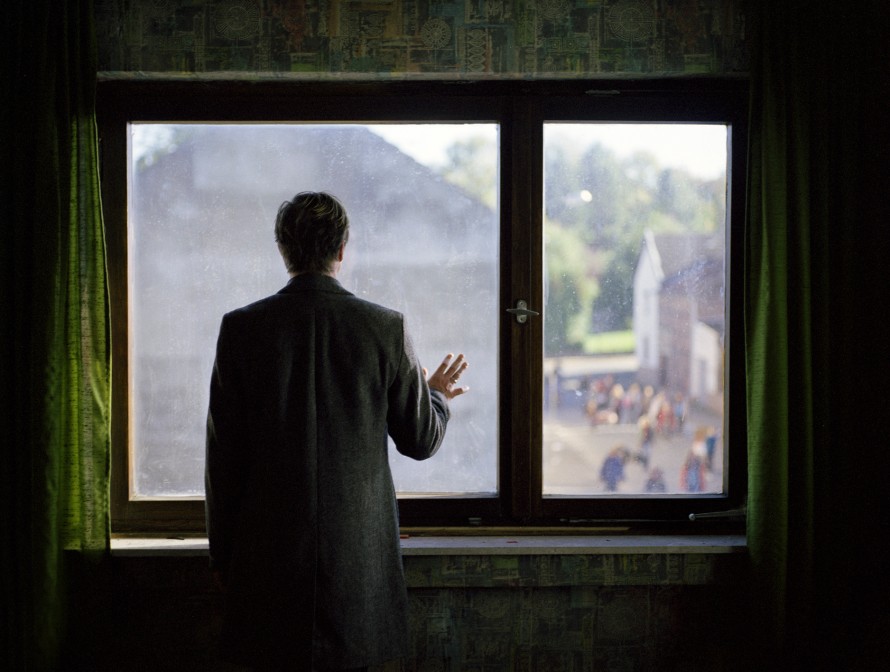 Can you talk about the relationship between films made at film schools and independent productions?

This year, out of seven full-length films (four feature films and three documentaries), only one is from a film school. It is called DIE VERMISSTEN (REPORTED MISSING), directed by Jan Speckenbach who is a dffb graduate. Jan Speckenbach is not the average film school student who makes his first short in his early twenties. He started studying film later in life. Both of his shorts Spatzen (2009) and Gestern in Eden (2008) were screened at Cannes. One in Cinéfondation, and the other as part of a selection by German Films.

With DIE VERMISSTEN Jan Speckenbach created a terrifying futuristic scenario: children simply vanish and at first it is unclear why they disappear and where they are going to. Searches by the parents leave the audience with an uneasy feeling reminiscent of mystery or science fiction movies. It is unusual for filmmakers to venture into the realms of fantasy and visions of the future that early in their career, and they rarely create such horror scenarios. DIE VERMISSTEN is an example where the director has left behind his familiar environment. That is noteworthy and impressive.

The other six directors came to the film business via small detours. To name a few: Tim Staffel who directed Westerland is a writer who has filmed his novel “Jesus und Mohammed”. Katharina Peters, who made Man for a Day, does not have a film school background either, but gained some experience before shooting her first film Am seidenen Faden (2004). Tamer Yiğit (Karaman) has worked in the theatre as an actor and director and had a part in Die Fremde (When We Leave) by Feo Aladag that played at Panorama in 2010. His co-director, Branka Prlić also used to work in theatre. These kinds of non-linear careers are interesting to me.

It’s a little different with medium-length films. Half of those come from film schools. The filmmakers experiment with stories that ask for a smaller frame. So far they are a kind of “artistic greeting card”, but pointing to a promising future. There is talent to be found here.

You just alluded to genre when you spoke about DIE VERMISSTEN. How important are those references in the other films?

A good example with defined allusions to genre is Gegen Morgen (Before Tomorrow), an independent feature production by Joachim Schoenfeld: Two policemen have to provide personal protection for an alleged murderer when he is released from prison. At the same time they are confronted with the homicide case. The film uses very special language for this situation and shows Berlin in a way that I have never come across in a film. The director was an actor for many years before he and some friends founded a production company. One can sense the diverse aesthetical influences.

Joachim Schoenfeld also works with references to different art forms: one of the policemen is called Wagner and often listens to Wagner. He looks out of the window, singing arias, counting birds. It reminds me a little of Alfred Hitchcock’s Rear Window. I tend to associate these hints with an interest in experimenting and exploring different forms. 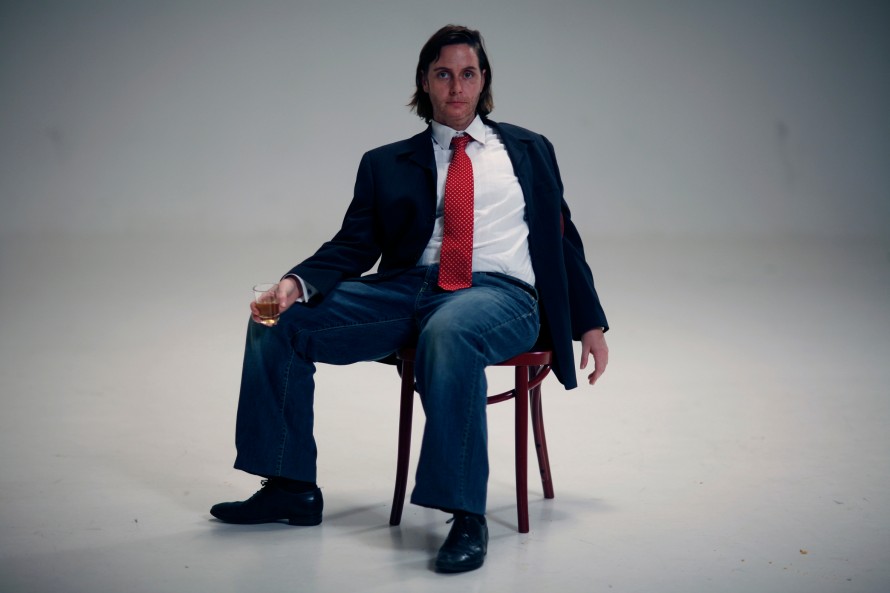 In Man for a Day women try out the roles of men. Would you say that this interest in experimenting is also reflected in this film?

I believe that director Katharina Peters takes up a current phenomenon that is present in the culture as a whole. In Man for a Day men and women are experimenting more with their gender roles. It’s about closeness and boundaries. Katharina Peters asks questions about differences: Are men more successful at work? And, if yes, why? Are differences only based on roles and patterns anyone can learn?

I find the way women take on and imitate men’s roles in this film quite convincing, to the point that they really are passing as men when tested on the street. This might not be the case if it was the other way around.

So, was this film chosen mainly for its theme?

I have never been interested in a topic by itself or just in the way a film is made - it is always a combination of both. Apart from the topic, Man for a Day has wonderful camerawork. Each film is very special, but can also have a few weaknesses.

While in one case the form may not always be true to the story the film wants to tell, another may have designed a wonderful fantasy with cinematic images that loses sight of the story a little bit. Not all Perspektive films are 100 percent perfect. But they are all special films that need to be shown and that need a large screen. 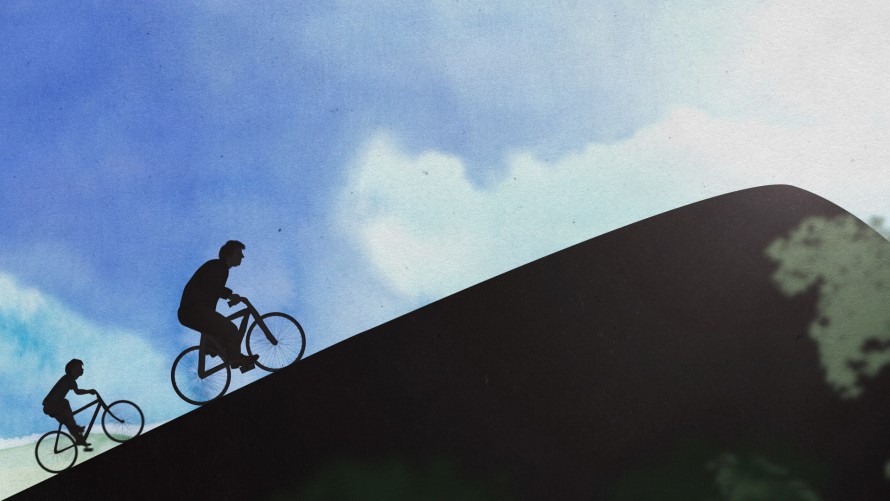 Personal farewells and a colorful GDR

Most of the films deal with the here and now and ask questions about one’s personal life design. However, three of the films look back: Sterben nicht vorgesehen (Dying not planned for), Rodicas and This Ain’t California…

In their own different ways these three films look back into the past: Sterben nicht vorgesehen is definitely a declaration of love and a farewell to the director’s father. It is a very personal, very beautiful film that plays with a lot of different materials. Throughout the film he weaves in old photos and animated memories.

Rodicas tells of two women over 80. They both emigrated from Romania, but only met in Australia years later. Both are called Rodica and are best friends. The director is the granddaughter of one of them and tries to find out more about the old ladies’ lives. Although the two Rodicas say very little about their past we learn a lot about who they are and what has influenced them. It is another very personal, charming and funny film. Like Sterben nicht vorgesehen it is about saying goodbye, because one of the protagonists died shortly after the film was made. Even with a heavier subject matter these two films have more lightness than most films in this year’s programme.

This Ain´t California on the other hand looks back in a completely different way. Perspektive has always shown films relating to the GDR. But I was particularly impressed with This Ain’t California. The film uses wonderful footage from old super-8 films of the so-called "Rollbrettfahrer" that shows us the GDR in a way I have never watched in the movies: as a wild, colorful country. The three protagonists are totally cool and totally themselves – and by that I mean they are not at all conformist. They are not real rebels who revolt against the system or make great speeches either. Their rebellion consists of doing something that no one else does and so invoke an incredible sense of freedom.

In 2012 the Made in Germany-Förderpreis Perspektive – donated by Glashütte Original - will be awarded. Can you say anything about the background of this award?

The idea behind this award is to further support talented filmmakers who have previously presented their films at Perspektive, to help and motivate them with their next project. Directors who participated in Perspektive 2011 had the opportunity to submit new proposals. We have a three-person jury: Thomas Arslan, whose films have been shown at Berlinale several times, Anna Brüggemann, who has written and acted in various Perspektive films and Gian Piero Ringel who produced Wim Wenders’ Pina. They read the proposals and choose a project. The author of the best project proposal is awarded €15,000 at this year’s opening. The money is intended for developing a script for a feature film or research for a documentary. We are very excited about it.

Also this year at Perspektive, we are inviting some directors to participate in an hour-long conversation at the Glashütte Lounge to talk about their films and current topics related to German cinema in front of a live audience.

At the close of the Berlinale our big prize “Dialoge en perspective” – sponsored by Deutsch Französisches Jugendwerk – will be awarded to the best film of this year’s Perspektive. Jan Henrik Stahlberg chairs the jury. He participated in the Perspektive in 2004 with his film Muxmäuschenstill and after that in the Panorama several times.