Normal Films, or: Overheard In The Elevator

“My colleague Egbert Hörmann and I are working our way through the film submissions. We’re just leaving the café after a break and are about to watch some more. We’re in the elevator with two other Berlinale staff members from another section. Their arms are full of films. I’m looking for a particular film so I ask: ‘Are those short films?’ I get a strange look and the answer: ‘No, these are normal films.’ I have to smile. So does Egbert Hörmann.On that note, I am excited about the abnormal films this year and the opportunity to show them and create a space to talk about them at the Berlinale.”
A Conversation with Curator Maike Mia Höhne about the 2009 Berlinale Shorts Programme. 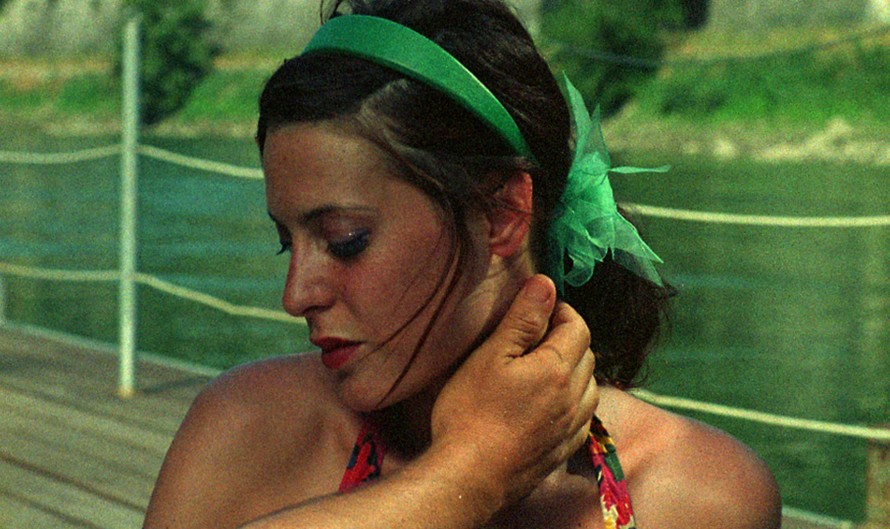 Leila Albayaty in her film VU

A number of the short films in this year’s programme are rife with formal references and allusions to other films. Can this simply be attributed to a pervasive love of quotation or is there something else going on here?

Many of the films do contain such references, for example the Russian film Devyat prolyotov vmeste by Alexander Karavayev, which quite wonderfully evokes the French New Wave, and then toward the end turns into an homage to Gus van Sant. The Belgian contribution VU also points unambiguously to the New Wave and to sixties and seventies European cinema. It seems to me that cinema in its entire history plays an important role in the lives and creative activity of these filmmakers, and they clearly express this in their work. But of course it is equally important to them to find their own voice in the films, to develop their own style. Leila Albayaty is able to do this especially in VU’s musical sequences. She is a singer herself, by the way, and will be giving a concert at the Homebase following our awards ceremony.

We’re very pleased that Sébastien Koeppel, VU’s cinematographer, worked on another film in the Shorts programme, 26.4 by Nathalie André. In the latter film he establishes even more clearly his very own, truly impressive visual language and way of working with the camera that is directly concerned with the body and physicality. Incidentally, this approach can also be seen in the third Belgian contribution, Kaïn. In 26.4 Koeppel masterfully hones in on this style – for example in the scene where a woman in biker gear is looking for her phone in a field of blackberries. The editing and the images become one here, one movement; the camera itself becomes a body, as it were. It’s really remarkable.

In Kaïn this focus on the body is also underscored by the heavy labour the main character has to perform.

Kaïn has an unbelievable energy. The film – a debut, by the way – kept going around in my head long after I saw it, and that’s exactly what I want from the cinema. If someone has to be killed on screen, if life has to be wasted, then let it at least not be for the sake of sensationalism or in the form of a casual, supposedly cool act. Show me the effects of murder and guilt. Kaïn does precisely that, in a rich green landscape of forests and fields, a setting that resonates with the theme of several of the films: nature and the outdoors. 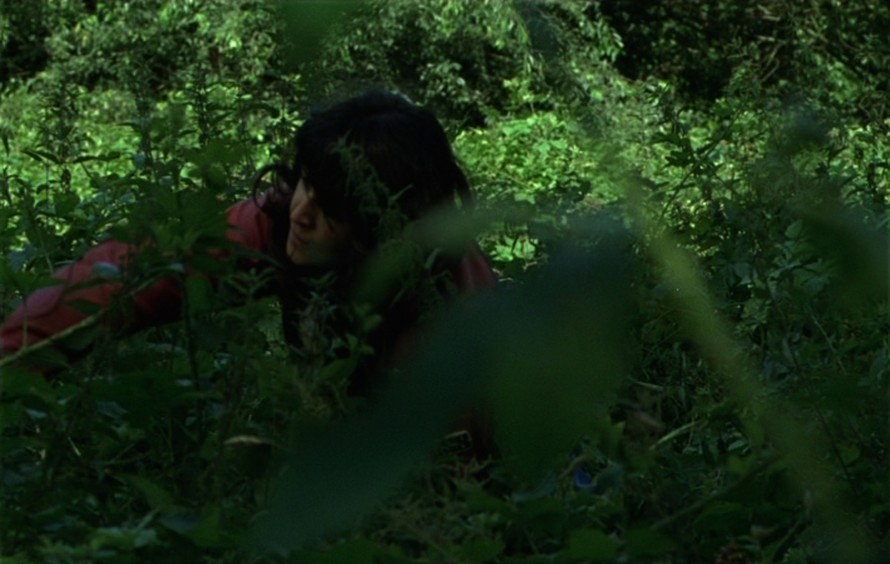 Found Footage and the Longing for Manifestation

Is there a continuity then with last year’s programme, in which nature and non-urban spaces figured in a number of films?

This is a continuing trend, yes. What is even more remarkable this year though is the increased use of found footage, which is both used as part of the mise-en-scène such as in VU and Devyat prolyotov vmeste as well as in the form of a compilation like in Pure. We were particularly pleased with the unique way in which the latter film treated the found material.

Pure certainly packs the most violence into the shortest amount of time of any film in the festival – and makes its point that way. By editing together action scenes from countless films, without drawing attention to the quantity of sources, Jacob Bricca shifts the focus to the cinematic physicality mentioned above in an entirely new way. Speaking more broadly, one could say that not only has the use of found footage emerged as one of this year’s themes, but perhaps even an increased awareness of the materiality of film. Many of the submissions we received had been treated in such a way that the video material showed signs of wear and tear.

But isn’t it bordering on the absurd to talk about the materiality of digital video? Is this not rather the expression of some kind of longing?

Yes, that’s exactly what I mean. Treating the material this way expresses a great longing, for, one could say, existential reassurance, an “I’m here!” experience. Strangely enough, the issue of plot credibility has become relevant again for this kind of experience. In general there seems to be a renewed turn toward narrative cinema, and old questions are being asked anew: What is believable? What stories can I tell and how? But also: What can I tell it with? To manipulate the material after filming is also a way of making something visible.

Would Buenas Intenciones with its strong narrative structure be an example of this “return” of narrative cinema?

Yes, although this film too maintains its own formal independence, in that ultimately it is the ever-escalating sequential structure that brings out the absurdity of the story.

I had the impression that a core theme in many of the films is the malfunctioning of interpersonal relationships, such as those between the generations like in Renovare or Birth.

Interpersonal relationships come up again and again. Renovare basically shows us the difficulties we all have experienced in our own homes, but then repeats everything from different points of view with a shift in focus and sound. This has the effect of expanding the thematic range in a very intelligent and interesting way. In Birth, on the other hand, the conflict is tied to the pregnancy of the main character. The director, Signe Baumane, already had a film in last year’s programme, Teat Beat of Sex: Episodes 8,9,10,11.

David OReilly was also our guest in 2008 with RGB XYZ. He’s back this year with the extraordinary Please say something, which reflects on human interaction in quite a novel way. I’m profoundly impressed with the range of relationships put on display here, and that by a director who is only 23 years old. Especially the way he composes and puts together the different kinds of images is incredible. Together with Forum Expanded, we will be hosting an event with Michael Snow and David OReilly at the Talent Campus on February 9, called Snow meets OReilly: Please say something. This promises to be a very interesting encounter. 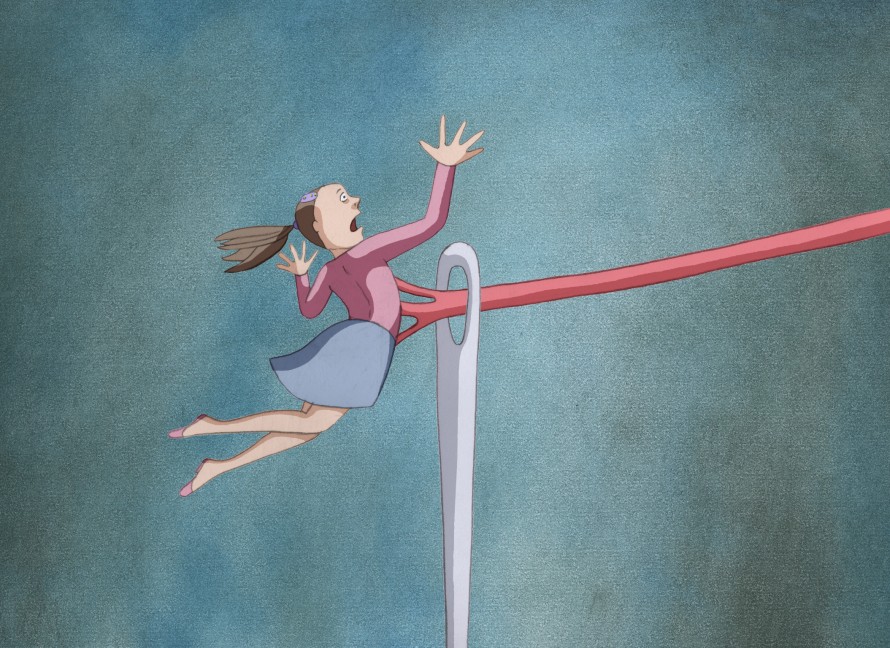 Drawing Back in Order to Get Close

The atmosphere of some of the films was downright disturbing to me. I’m thinking for example of a Mango tree in the front yard, Jade, Havet, or also of the experimental contre-jour. How do these films manage to affect the viewer in such extreme ways? How would you describe the specific nature of this disturbing effect?

I think the filmmakers achieve it by means of very sensitive directing, with precise observations in place of grand gestures.

A kind of subtle sounding out and illuminating of particular situations?

Yes, although this can take place on a wide variety of levels. In Jade, I see it as coming across, besides in the well-balanced visual language, in the acting of the female lead. She has incredible charisma and real star quality.

Havet, on the other hand, lives from the mise-en-scène. You can see this for instance in the scene at the party, when the older couple is assigned seats separate from each other at the table. Watching them you get extremely impatient and think: “When are they finally going to get up and dance? This is getting embarrassing.” But perhaps the secret lies precisely in being able to endure moments like this, in allowing them to stretch out in time, just like in real life. Sometimes you just have to draw back a bit in order to get close.

This aesthetic interplay between closeness and distance can also be seen in a Mango Tree in the Frontyard, which as a film works in an entirely different way.

A Mango Tree in the Frontyard is more of an essay film, at least that’s what I’ve called it. It’s not always easy to find the right terminology for these films. Ascribing them to particular genres or classifying them as “fiction” is an inadequate way to distinguish them. This year especially the boundaries are very blurred. What kind of film is Please say something? An animation, sure, but that is far from a sufficient description. And although the characters in Mango Tree all symbolically stand for something else, they are also presented as authentic people in this troubling film—and in very minimalist images. Rather impressive for a first film.

The question of the specific characteristics of short films comes up again every year. Humour was once an important, even constitutive feature of the short film—even if only in the punch line at the end. The tone in this year’s programme seems to be more serious. What is the status of humour in today’s short film scene?

Humour evolves in these films gradually rather than coming at us in the form of jokes. Short five-minute films with a punch line have become rare, given also that short films are getting longer these days. Today it is much more about finding one’s own sense of humour and ways to convey it than telling an actual joke. vostok' by Jan Andersen is a wonderful example of this. You have to get into the atmosphere of the film, get involved in it, before its humour begins to shine through—but then it doesn’t let go of you. Or Die Leiden des Herrn Karpf. Der Geburtstag by Lola Randl and Rainer Egger, which is also very amusing in its own way.

Die Leiden des Herrn Karpf is a series, isn’t it? 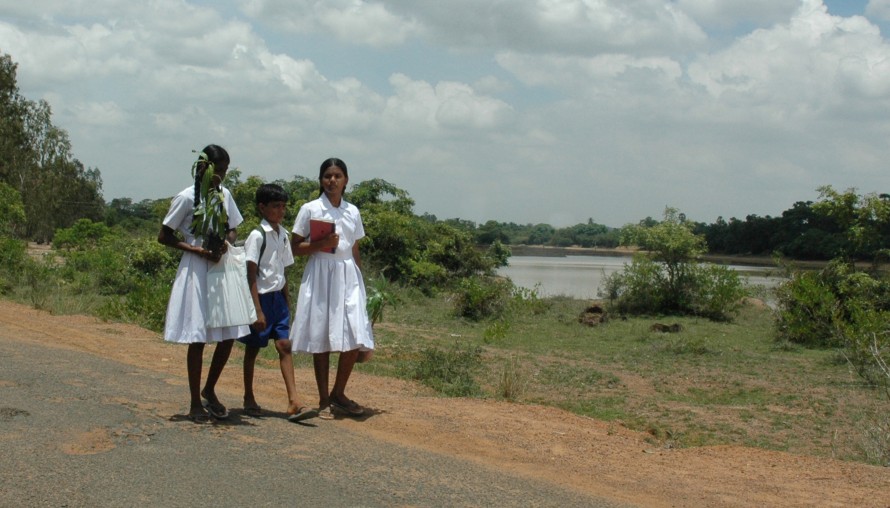 A Mango tree in the front yard

In some of the films I especially noticed the sound design. Particularly in films with little spoken text or language, music and sound are tremendously important elements of the overall composition. Do the selected films deal with the auditory level in a special way?

Definitely. There is a whole range—from a lot to very little. Or none at all. The Indonesian documentary Musafir by BW Purba Negara does entirely without music but develops a matrix of delicate sounds out of the reoccurring muezzin calls from the mosques. All in all it is a very quiet film about a homeless couple that lives on the steps of a mosque and collects recycling in order to get by. Really lovely. I’ve come to see the obligatory soundtrack and its function of generating emotions as often being counterproductive, because it tends to tear the viewer away from the intensity of the film language. And for me this intensity of the film experience is most crucial when watching short films.