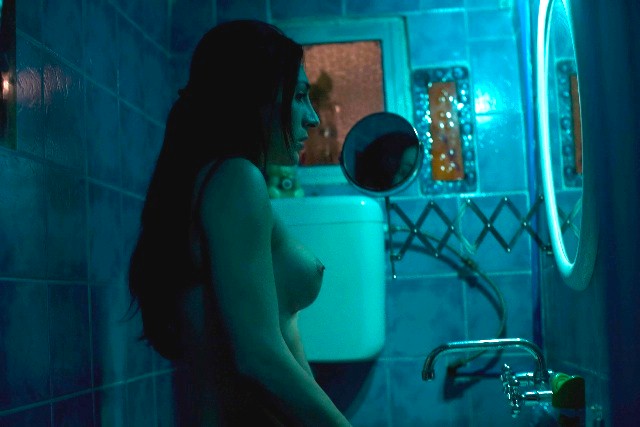 Yiorgos is released after having served a 14-year sentence for a murder he committed in his native village. He spends his first night of freedom at a cheap hotel in the centre of Athens where he meets a transsexual prostitute named Strella. They sleep together and are soon a couple. Yiorgos’ past catches up with him, but with Strella at his side, he hopes to be able to find a way out.
“STRELLA is the kind of story told at dinner parties, a kind of urban legend. These stories usually capture an element of mass consciousness, making direct references to archetypical myths, most often Greek. Which is exactly what STRELLA’s heroes are: Greeks, living in a country both ancient and contemporary, where the need for a new European identity and a new value system is more pressing than ever.” (Production notes)
Having been rejected by state funding bodies, Panos H. Koutras was ob­liged to make his film without any financial support whatsoever. All the major production companies also turned him down. And so STRELLA be­came a completely independent production; filmed over a period of almost ten months, nearly all the roles are played by non-professionals.