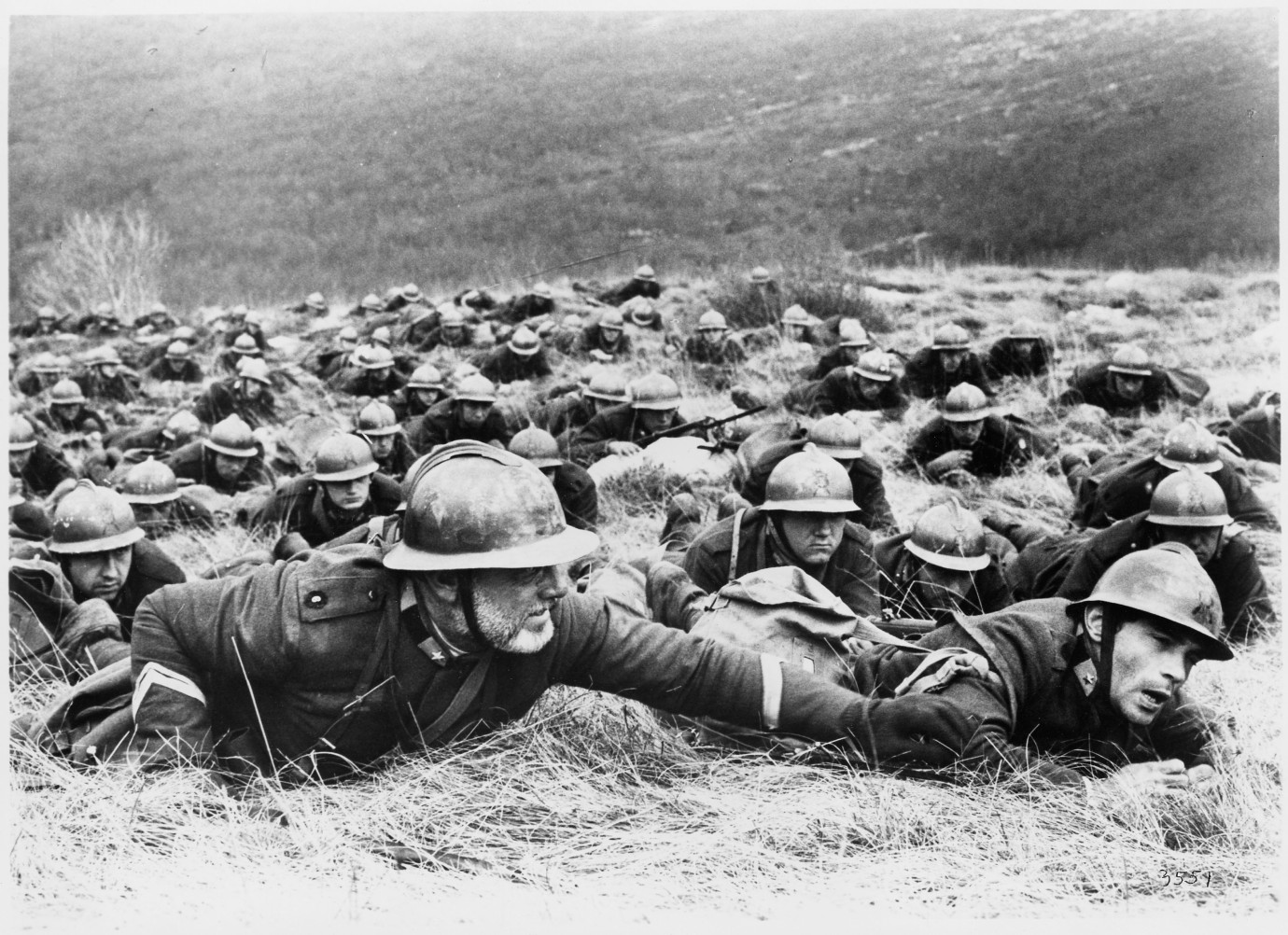 source: Cinémathèque Suisse, Lausanne
The film portrays an episode during the First World War when an Italian general tries to recapture – or rather, instructs his troops to recapture – a small mountain that had been conquered by the Austrians. “The soldiers on both sides are the ones that suffer. They are the victims. And yet, according to Rosi, merely the will to no longer be a victim is not enough to prevent war, or put an end to war, or change the circumstances so that there can be no more wars. As one of the officers (who is killed in battle) says, what is needed is the right moment to say no. (…) Rosi’s MANY WARS AGO is un­mis­ta­kably revolutionary in tone and as such is undeniably the work of a left-wing filmmaker.” (Martin Schlappner, Neue Zürcher Zeitung, 13.11.1971)