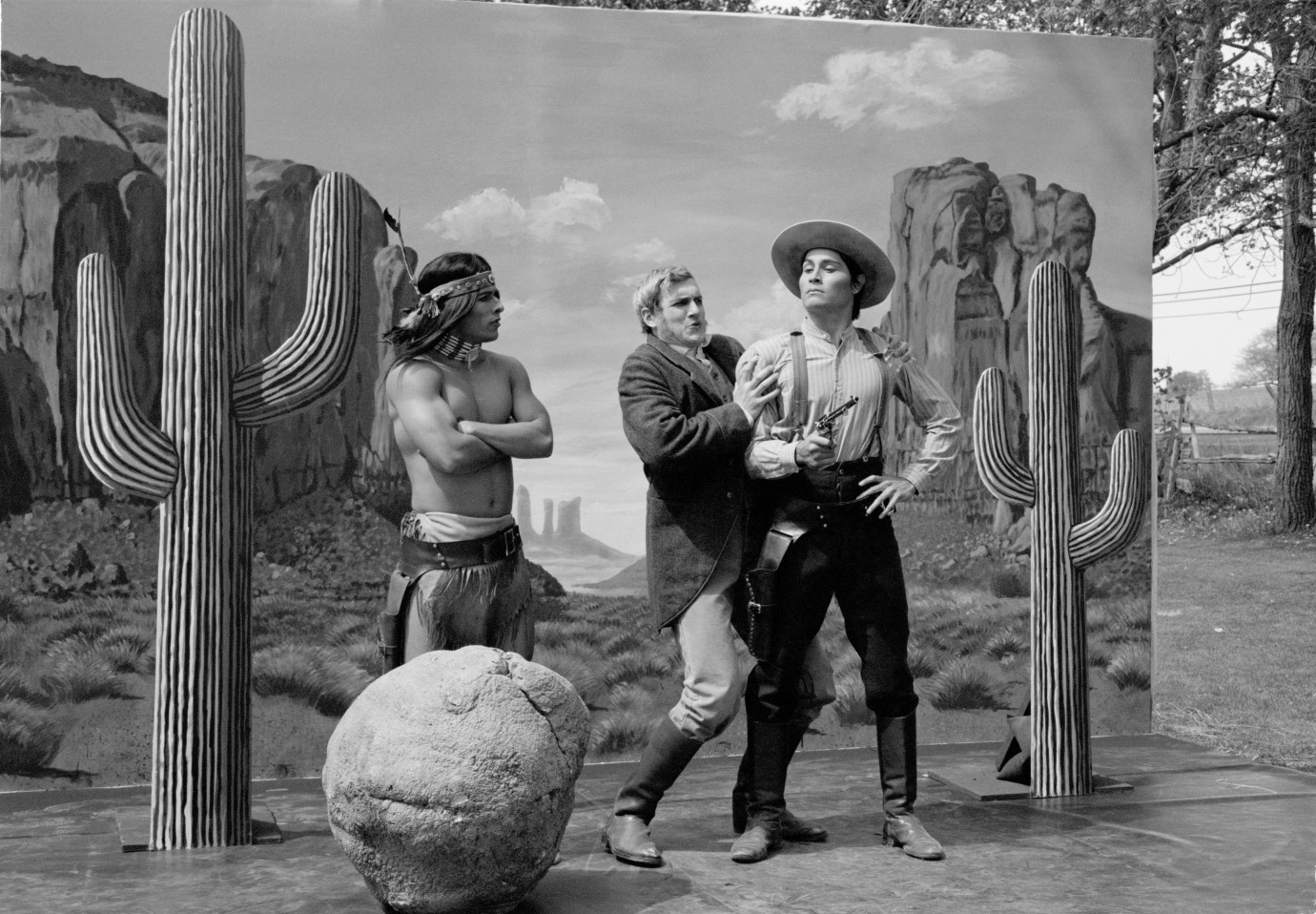 A filmmaker and his actor. The frustrated director asks another equally attrac­tive man to join the protagonist. Jealousy between the two actors for­ces the director to intervene.
A comic take on the ‘white man’s’ view of ‘Indians’ that is also reflected in the film’s formal aspects such as the use of split screen and a variety of ge­neric quotes.