On holiday in Catalonia, Pol and Bàrbara share a house with friends. The pair does what pairs do amidst the heat of summer and alongside the body of another. But something is wrong, and is instantly noticeable. She tries to regain her ability to orgasm, and he helps her. How naturally, effortlessly and adroitly the filmmaker directs this love and this work. It only takes a moment for rape to interfere with an entire lifetime. How much time, effort and dedication does it take to find your way back to your own sexuality? Pol and Bàrbara succeed because haste is suspended and the Suc de síndria, the juice of the watermelon, entices pleasure.

Born in Barcelona, Spain in 1992, she is a photographer and filmmaker. Moving to Berlin in 2012, she spent three years collaborating with the performance collective the--family, performing across Europe at venues including the Astrup Fearnley Museum in Oslo and the Chisenhale Gallery in London. While in Berlin, she also made her first short film, Bad Lesbian. After four years in Germany, she returned to her hometown and made Suc de síndria (Watermelon Juice). She also works as a photographer for various agencies, producers and publications including i-D, Dream Magazine, Garage Films, Distinto Films and Erika Lust. 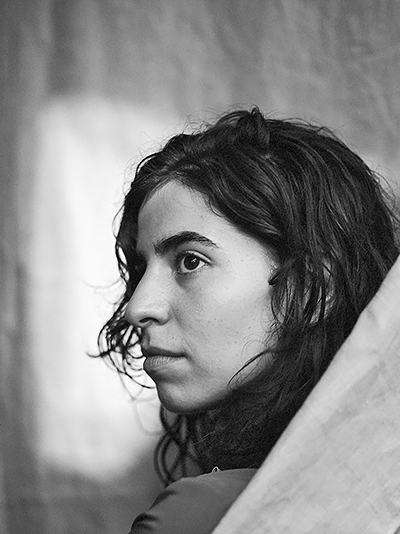