The Blue Flower of Novalis

A film like an invitation to someone’s house. In his apartment in São Paulo, between making coffee and gay hook-ups, Marcelo’s fetishes and longings are revealed, casually and full of intensity. Marcelo’s closest confidants seem to be books, especially Novalis’ unfinished novel “Heinrich von Ofterdingen”, whose protagonist seeks an elusive blue flower. Marcelo is also looking for something, following the traces of his eventful past. The camera observes him and captures his stories with total concentration, until a simple panning shot initiates the reenactment of one chapter of his biography. Marcelo’s words only nominally seem to take centre stage, for his physical movements actually divulge more, they are performative reservoirs of memory. Marcelo’s flat thus becomes his life’s stage – shimmering, entertaining, amusing, serious and sincere. The documentary staging employed by directors Vinagre and Carneiro crafts an entire multi-layered universe from the self-contained cosmos of the flat. A rosa azul de Novalis is far more than just an open-hearted and intimate portrait, it’s a film like the petals of the blue flower, at once tender and beguiling.

Born in 1985 in Rio de Janeiro, Brazil. He studied literature as well as screenwriting. Gustavo Vinagre screened A rosa azul de Novalis (2019) and Vil, má (2020) at the Berlinale Forum. 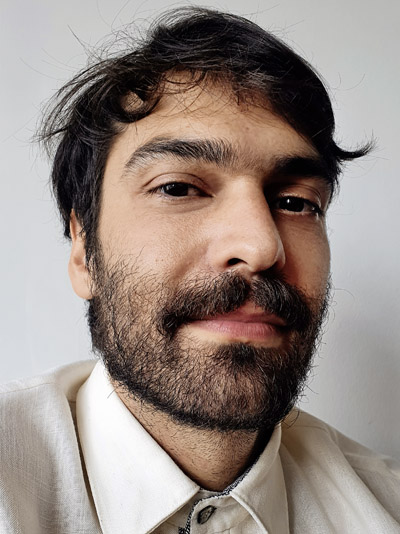 Born in 1984. He studied History and Film Editing. A rosa azul de Novalis is his first feature-length film. 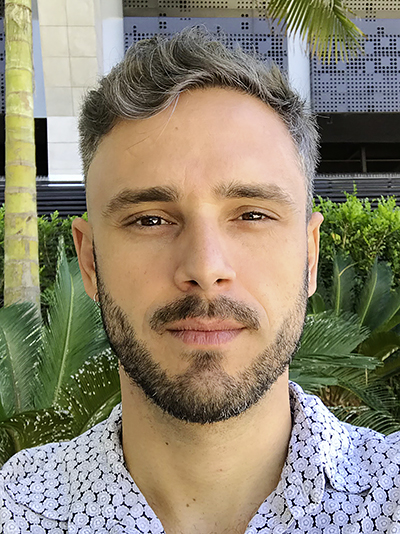