Fourteen-year-old Seri lives with her mother in a small town by the ocean, in a house made of wood, with sliding doors, paper walls and tatami straw floors – a house full of history.
Two women meet while leaving a ferry. One seems confused, and declares that she’s lost her memory. All she can remember is her name: Sana. The other woman, Toko, offers Sana a place to stay. The viewer recognises Toko’s house at first glance: It’s the same one where Seri and her mother Kiriko live, albeit furnished slightly differently.
Any attempt to bring together the two stories that are told in parallel from now on falls short. They unfold in tandem, in parallel universes perhaps, separated by boundaries that are nonetheless permeable. Again and again, the inhabitants of the house sense the eerie, ghostlike presence of the others.
The subtle spookiness of the story, heightened by the ethereal music, is occasionally reminiscent of Kiyoshi Kurosawa, with whom the director studied. But she also cites another influence: At the start of the film, a short burst of Bach’s “Well-Tempered Clavier” is heard. Our House borrows its polyphonic narration from the art of Bach’s fugues.

Born in Tokyo in 1992. She completed a master’s programme in Directing at the Graduate School of Film and New Media, Tokyo University of the Arts. Our House is her graduation project and her first feature film. 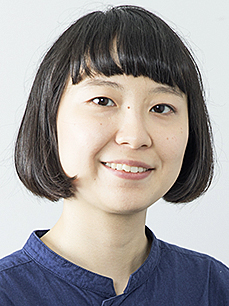