I am the River

Tantão is a visual performer, painter, and musician from São Gonçalo, on the other side of the bay of Rio de Janeiro. Trained in classical violin, he worked as a draftsman in the shipyards while becoming a subculture pop star as the keyboarder of Brazilian underground sensation Black Future, whose 1988 single “Eu sou o Rio” is regarded as the anti-anthem of the city to this day. The band quickly split up and Tantão has been pursuing a varied art and music solo career ever since, an eternal idiosyncratic fixture on the Rio art and underground circuit.
Eu sou o Rio is as much a portrait of Tantão as it is a portrait of Rio. It is an attempt to spend time with Tantão, a film made by friends as friends, capturing his passions as well as his demons, inviting the viewer into an intimate, tender, and sometimes uncomfortable space. Shot in grainy black and white video, the film follows Tantão on his walks through the nocturnal metropolis, watches him create and disrupt, consume drugs, go off on tangents and tantrums and, again and again, perform his music.

Gabraz Sanna, born in 1981 in Rio de Janeiro, Brazil, is a visual artist and filmmaker. He shot his first film O estrangeiro in 2004, followed by two experimental features as co-director about the contemporary writers Manoel de Barros and Maria Gabriela Llansol. By now he has directed around 15 films and worked on other’s people projects, accumulating functions as director of photography and editor. He also acts as a curator. 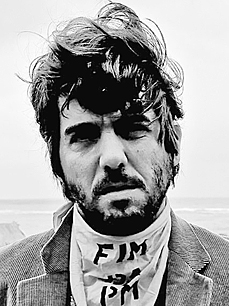 Anne Santos is a sound designer and filmmaker from Brazil. She has worked on dozens of films and TV documentaries before directing her first short film, Oceanne, co-directed by Gabraz Sanna. Eu sou o Rio is her first feature film as a director. 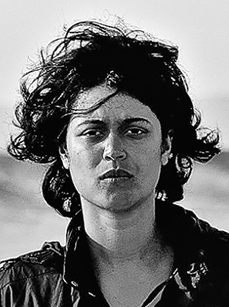