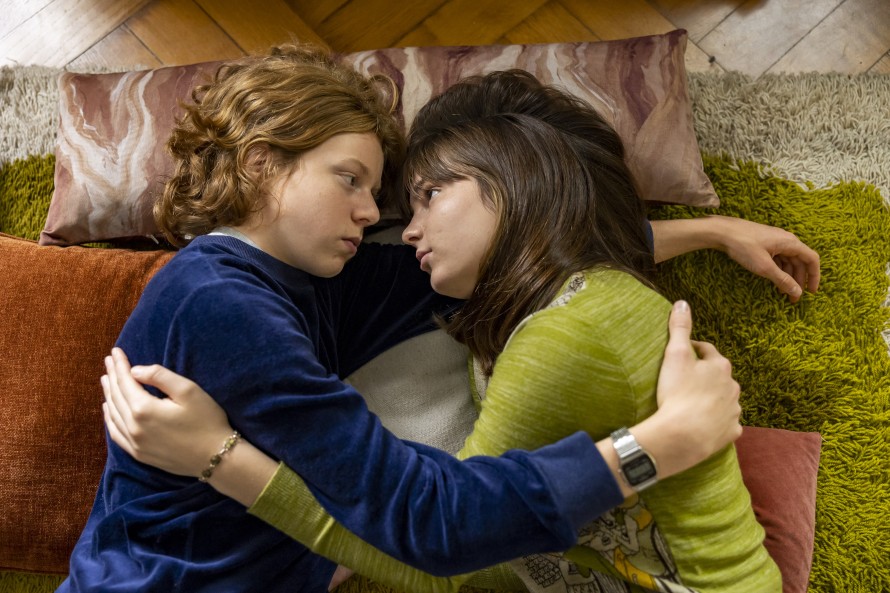 The Generation 14plus competition will open with Wann wird es endlich wieder so, wie es nie war (When Will It Be Again Like It Never Was Before) by Sonja Heiss on February 17, 2023. Based on Joachim Meyerhoff’s eponymous novel, and boasting a star-studded cast, Heiss’s film tells the laugh-out-loud funny and deeply moving story of a childhood and youth spent on the grounds of a psychiatric clinic. Meanwhile, Domien Huyghe’s moving film Zeevonk (Sea Sparkle) will kick off the Generation Kplus competition: After the death of her father, which she blames on a sea monster, 12-year-old Lena relentlessly battles with the tides of her grief.

In both films, young people approach both mundane and unusual adversities and pleasures of life in their own special ways, setting the tone for this year’s programme: One that decisively widens our view of what cinema – at its best – can be for young people.

“The films in this year’s Generation programme form a kaleidoscope of young worldviews. They look at what moves the present and in doing so, open our eyes onto astounding new perspectives. They create protective private spaces, formulate clear objections, and insist on the right to fantasise. They find new cinematic forms for untold truths,” comments section head Sebastian Markt.

In Mimi (She – Hero), Romy follows her escaped budgie into a wondrous Slovakian river woodland, and discovers a world where fantasy and reality merge. The Chinese 3D animation Shen Hai (Deep Sea) takes us on an underwater adventure with spectacular colors. Mutt tells the story of a day in the life of a young trans man in New York, amplifying the idea that the disparate conditions experienced growing up demand distinct narrative approaches. In Ha‘Mishlahat (Delegation), an Israeli school class visits historical sites of German extermination camps in Poland: The totally common emotional states of young people collide with the perplexity of remembering crimes situated at the outer limits of understanding.

At the transition point between documentary and fiction, Ramona follows one actor’s research among pregnant teenagers in the Dominican Republic. The film becomes a space for reflection on the ethics of representation, especially when the women being portrayed do the portraying themselves. Two documentary films tell the story of life on the political borders approached by young people, in totally different ways: We Will Not Fade Away follows five young people from the Donbas region – threatened by Russian occupation – who don’t let go of their faith in a happy future. And in Hummingbirds, two young Texas Latinx paint a cinematic self-portrait full of sarcasm and life in the shadow of a border that doesn’t just divide the landscape.

The full breadth of cinematic expression is visible in the short film competitions: From essays dedicated to a cinematic exploration of how the blind experience the world – De songes au songe d'un autre miroir (Of Dreams in the Dream of Another Mirror) – to glittering coming-of-age miniatures that explore changes to the body and in relationships - Mise à nu (Catching Birds). Observations and fantasies in the streets of Dakar – Timis (Dusk) – and a spaceport in China: Hua jian fa she shi (When a Rocket Sits on the Launchpad).

Generation opens up the festival experience to audiences under 18 also beyond the competition programmes. A special screening of the restored version of Cinderella, on the occasion of Disney 100, and selected cross-section screenings from this year’s Retrospective programme “Young at Heart – Coming of Age at the Movies” invites young viewers to discover film history: Rue Cases-Nègres (Sugar Cane Alley) by Euzhan Palcy, Kiseye Berendj (Bag of Rice) by Mohammad-Ali Talebi and Gražuolė (The Beauty) by Arūnas Žebriūnas will also be available to Generation audiences.

In its Berlinale Schulprojekt, the section combines the collective film experience with cinema education in school. In cooperation with VISION KINO – Netzwerk für Film und Medienkompetenz, teachers in Berlin and surrounding areas receive exclusive access to individual learning group consultations on the Generation programme. In 2023, cooperation partners are additionally supporting exchange between students. The results will be published in spring at www.visionkino.de.

For the third time, an independent jury formed by AG Kino Gilde e.V. will choose a feature-length film from Generation 14plus to complement the 2024 programme for the Berlinale Spotlight: Generation Cinema Vision 14plus. The nationwide cinema tour is symbolic of a cooperative commitment to the strengthening of young film culture beyond the festival.

Additional films in the selection of Generation.