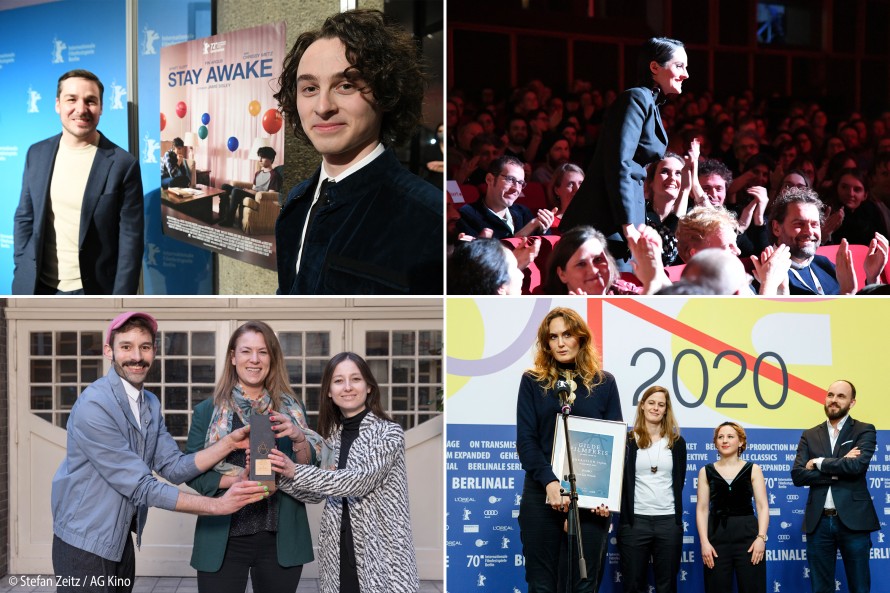 For many years, the Berlinale has been present around the world with specially curated programmes. The Berlinale Spotlight extends the festival period, and thus, makes the activities of the Berlinale visible throughout the entire year.

Since 2020, an independent jury of cinema operators has selected an outstanding feature-length film from the Generation 14plus competition for special mention. Now, the two winners to date will be made available to a wider audience and go on a nationwide cinema tour starting in January 2023.

Jumbo by Zoé Wittock (France / Belgium / Luxembourg 2019) “challenges the audience to widen their perspective and reconceive their understanding of love. At the same time, the film encourages viewers to let their own feelings exist, and if necessary, to flout social norms and live out their own identity. It’s a roller coaster of feelings wrapped in poetic, dynamic, luminous images – the kind of youth cinema that wows and excites us,” said the AG Kino Gilde 14plus jury in 2020.

Stay Awake by Jamie Sisley (USA 2022) “brings a raw, yet tender depiction of complicated family dynamics to the big screen. The film enthralls viewers not only with the authenticity of its characters, but also with its appealing composition, complemented with lightness. Caught in the spiral of daily life, through the example of the brothers in the film, we can see the role that responsibility and autonomy play in the process of growing up. We’re certain that young audiences will sympathise with the strong central characters the same way we did,” said the AG Kino Gilde 14plus jury in 2022.

Every year at the festival, the Generation films are met with a young audience ready to be inspired. However, this encounter rarely takes place in regular cinemas, as the films usually don’t make it to the German film market, and the target audience is considered hard to reach.

“The jury’s work encourages exchange between festivals and cinemas. And this Spotlight invites young people to claim their space in cinema beyond the confines of the festival – in other words, to add their passion and critical thinking to the cultural discourse. We’re already profiting from the experience and want to present the industry with options for action going forward,” says Melika Gothe, Generation’s section manager, about the cooperation with AG Kino Gilde e.V.

Berlinale Spotlight: Generation Cinema Vision 14plus will kick off on Thursday, January 26, 2023 at Filmtheater am Friedrichshain in Berlin, where the project partners will present the German cinema premiere of last year’s winning film Stay Awake. Marcel Danner (jury member from Yorck Marketing & Cultural Education) and Petra Rockenfeller (AG Kino board member) will open the event together with Melika Gothe and Generation section head Sebastian Markt. Tickets are available for purchase at www.yorck.de.

The following cinemas have already been confirmed for the rest of the tour:

VISION KINO will support the cinema tour by providing material on the respective film to facilitate the participating cinema operators’ communication and presentation of the programme.