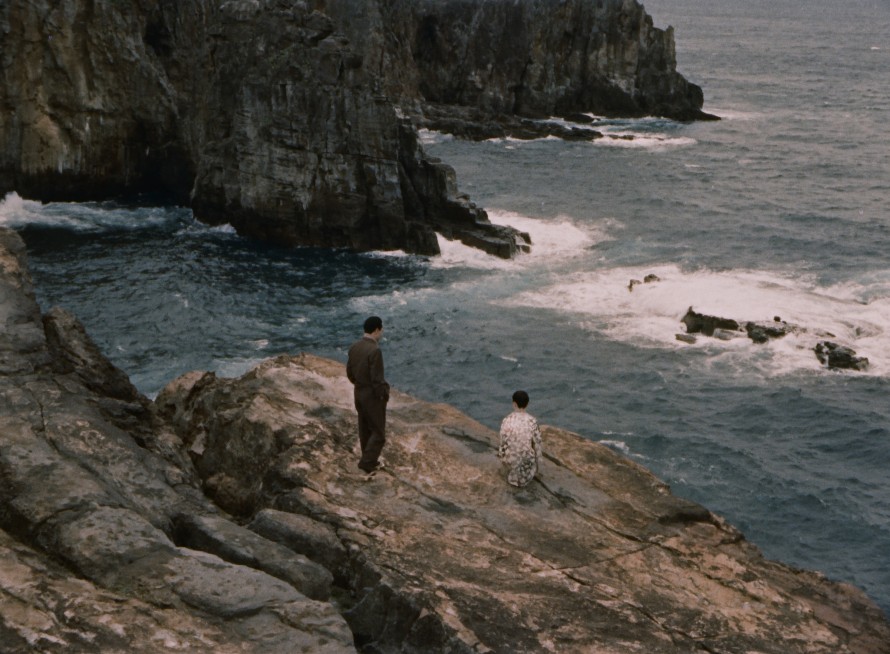 For the Berlinale Classics section at the 73rd Berlin International Film Festival, Rainer Rother and his team shine a special spotlight on films from the 1980s and early 1990s. Oliver Schmitz’ Mapantsula marks the first time the section will screen a film from South Africa. Together with Nanni Moretti’s Sogni d’oro (Sweet Dreams) and the re-discovered Szürkület (Twilight) by Hungarian director György Fehér, the focus will be on restorations of more recent classics. Among those will be the 4K restoration of David Cronenberg’s Naked Lunch, which will open the Berlinale Classics section.

In addition, the section will celebrate the 100th anniversary of the release of Charlie Chaplin’s A Woman of Paris. The director composed the score for the silent film himself. Like the Swiss film Romeo und Julia auf dem Dorfe (Romeo and Juliet in the Village), it is the tale of lovers separated by fate. Various dimensions of colour are in evidence both in the Japanese melodrama Yoru no kawa (Undercurrent) by Kōzaburō Yoshimura and Stanley Kramer’s dramedy Guess Who’s Coming to Dinner.

Directed by Oliver Schmitz, 1988’s Mapantsula is widely considered the first true anti-apartheid film to come out of South Africa. Schmitz wrote the screenplay in tandem with his lead actor, Thomas Mogotlane. Within the framework of the story about a small-time gangster, it examines racial discrimination and day-to-day acts of resistance to the regime. The restoration, supervised by Schmitz and Aaryan Trivedi, was produced by London-based What The Hero Wants (WTHW). The original 35mm negative was used by R3STORE STUDIOS in London for the 4K scan. The colour correction, and picture and sound processing were conducted at PURPLE DOG POST in Canada with picture and logistic support by STUDIO MITTE in Berlin. The original analogue audio tracks were enhanced and re-mastered to do justice to the vibrant soundtrack. The world premiere of the digitally restored 4K version marks the 35th anniversary of the original release and honours Black History Month.

2023 marks the 100th anniversary of Charles Chaplin’s brilliant yet subtle masterpiece A Woman of Paris. Set in glamorous apartments and cabarets in the French capital during the Roaring Twenties, the societal drama about two lovers influenced generations of filmmakers. This new 4K restoration by L’Immagine Ritrovata, with a new soundtrack that includes a reconstruction of Chaplin’s original score and hitherto unheard compositions by Chaplin, orchestrated by Timothy Brock, will enjoy its world premiere at the Berlinale.

Romeo and Juliet in the Village, directed by Valerien Schmidely and Hans Trommer, is a poetic version of a novella by Gottfried Keller that sets the Shakesperean tale in a small Swiss village. The restoration was a collaboration between the Cinémathèque suisse and Swiss Radio and Television (SRF), and took five years to complete. The original negative had been edited down to 83 minutes and subsequently destroyed in the 1970s and the original sound mix was lost. So the reconstruction process used four incomplete and damaged nitrate prints and a later sound mix to restore the film as closely as possible to its original length. The 4K restoration was done at L’Immagine Ritrovata laboratory in Bologna. The Berlinale Classics screening will be a world premiere of the restored version.

In David Cronenberg’s Naked Lunch, a writer takes refuge in a bizarre fantasy world full of monsters and mutations after he accidentally kills his wife. The 4K digitally restored version of the surrealist film version of William S. Burrough’s eponymous book will be shown as a world premiere. Produced in 1991 by Jeremy Thomas at Recorded Picture Company, Naked Lunch was restored by Turbine in partnership with Arrow Films. The original 35mm camera negative was scanned in 4K resolution at Difuze in Toronto. The film was conformed, graded, and restored in 4K with Dolby Vision HDR and SDR at LSP Medien, Uelzen, Germany. More than 165,000 individual frames were cleaned and restored by hand. The film will be shown in its original aspect ratio of 1.85:1. The restoration process was supervised by director of photography Peter Suschitzky at Silver Salt Restoration in London, and approved by David Cronenberg.

The brilliant melodrama Yoru no kawa is the first colour film made by Japanese master Kōzaburō Yoshimura. It is the story of an artistically and commercially successful textile dyeing designer who begins an affair with a married man. The film was restored in 4K by KADOKAWA CORPORATION at IMAGICA EMS using the original 35mm Eastman colour negative. The colour grading was supervised by Masahiro Miyajima, for many years the chief assistant to the film’s cinematographer Kazuo Miyagawa. IMAGICA EMS used a special measuring and analysing technique to ensure that the colours were as faithful as possible to the original. International premiere of the digitally restored version in 4K.

Italian director Nanni Moretti takes on the film industry in his turbulent 1981 satire Sogni d’oro, in which a director is faced with a host of problems while making his new film, all caused by his neurotic personality. The restored 4K version was done from the original 35mm picture and optical sound negative, provided by Sacher Film. The work was done at the CSC Cineteca Nazionale, Italy’s national film library. Moretti himself supervised the restoration. World premiere of the digitally restored version.

Director György Fehér made the black-and-white film Szürkület at the end of the 1980s, based on the crime novella “The Pledge” by Friedrich Dürrenmatt. It is the story of a retired detective who uses a young girl as bait to try to catch a serial killer. Fehér made only two theatrical features in his lifetime. The 4K restoration, using the original 35mm camera negative and magnetic sound tapes, was carried out at the National Film Institute Hungary – Film Archive and Film Lab. The colour grading was supervised by the film’s cinematographer Miklós Gurbán. World premiere of the digitally restored version in 4K.

Guests expected at the Berlinale Classics screenings will be announced at a later date.

Overview of the Berlinale Classics films.