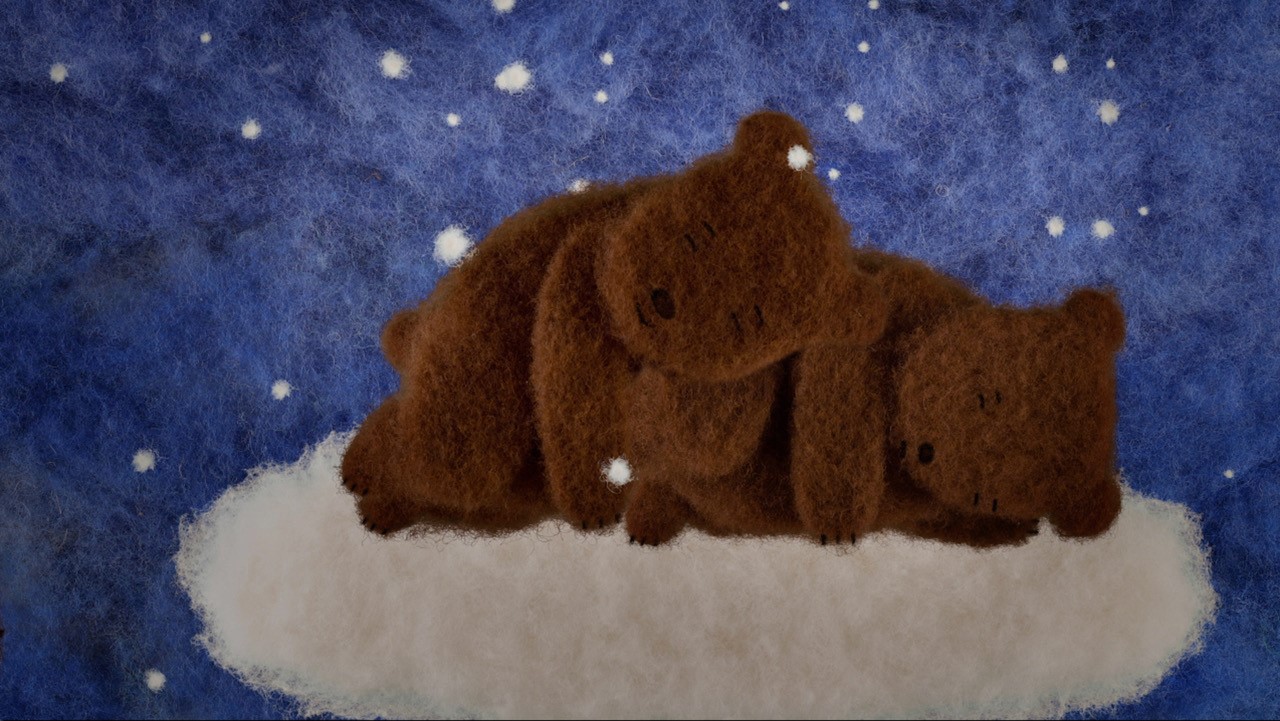 © Atom Art
It’s time to say good night. Ever so gently, the bears lift their children onto a fluffy bed of clouds. But there is still so much left to explore! With the grown-ups off collecting honey and berries, the little cubs start to romp around, getting tangled up in the kind sheep’s ball of cloud-yarn and making a bit of a mess. Māra Liniņa’s animated short spins the Latvian lullaby “Aijā žužu, lāča bērni” into a cuddly and poetic bedtime tale.
by Māra Liniņa
with Kristīne Zadovska, Andris Keišs Latvia 2022 Lettish 5’ Colour empfohlen ab 6 Jahren 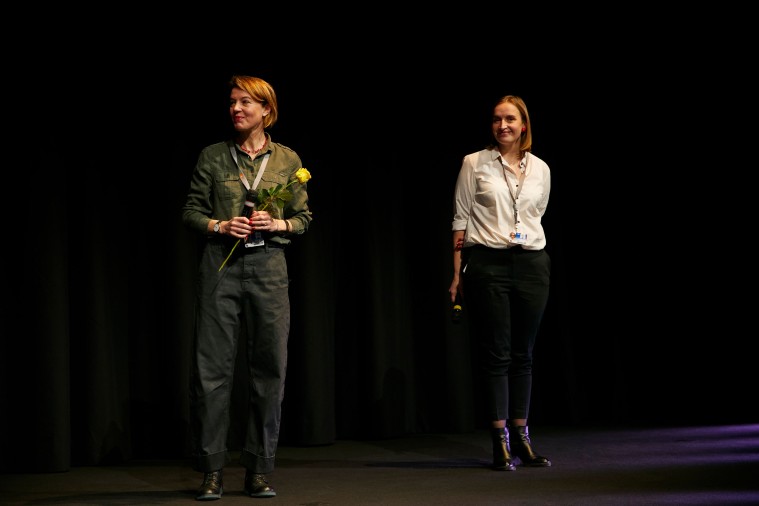 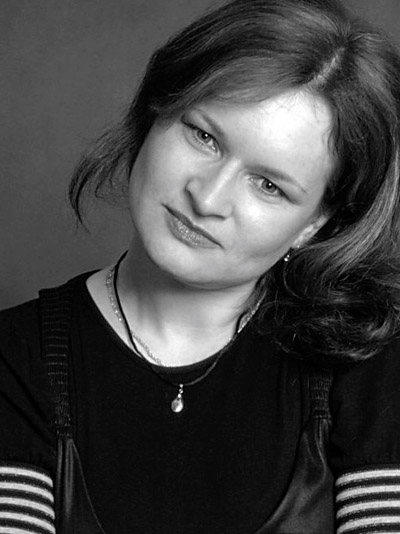 Born in Riga, Latvia in 1971. She graduated with a BA in film directing from the Latvian Academy of Culture in 1996 and subsequently completed a master’s in stage speech. Since 1998, she has been teaching elocution and acting; since 2000, she has also worked as a casting director for Latvian and international film projects. She has produced plays at the Latvian Puppet Theatre and for the Skatuve theatre company. She began her career in animation in the 1990s as an executive artist at the animation studio Dauka. Working on her own animated short films, she uses the language of cinema to enter into a dialogue with the world.