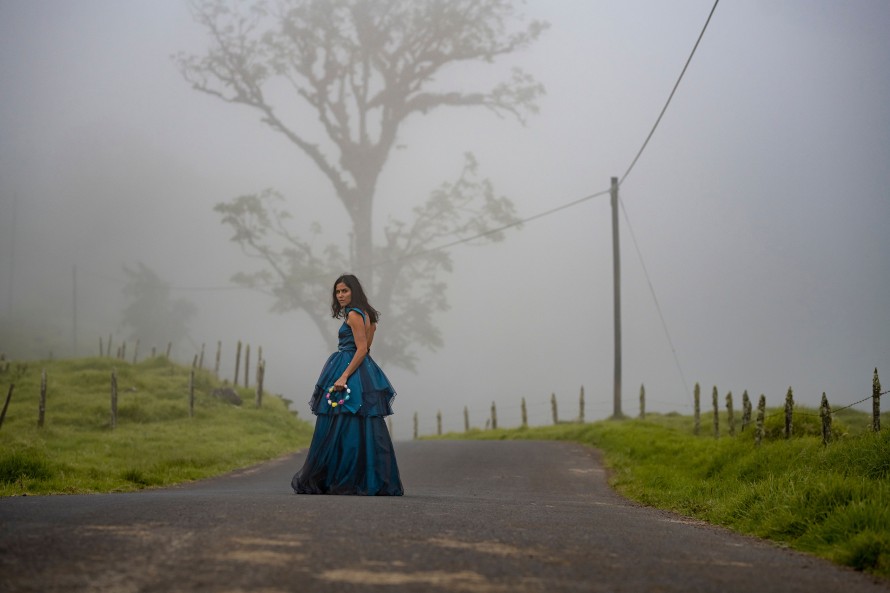 For many years, the Berlinale has been presenting specially curated programmes outside the festival timeframe. The programme goes by the name of Berlinale Spotlight.

Since 2018, the Berlinale funding initiative World Cinema Fund (WCF) has presented a Berlinale Spotlight every year at the Berlin film festival “Around the World in 14 Films” (December 2-11, 2021). In 2020, the “Around the World in 14 Films” festival - along with its Berlinale Spotlight programme - did not take place due to the COVID-19 pandemic. It is particularly pleasing that the presentation of WCF films is once again planned for December 2021.

On December 5, 2021, the Berlinale Spotlight will present five films which received funding from the World Cinema Fund. This year, the selection features works by filmmakers from Argentina, Costa Rica, Egypt, Indonesia and Thailand.

The unique film Clara Sola, by Nathalie Álvarez Mesén, hails from Costa Rica; it tells the story of the titular protagonist, who no longer wants to be a “saint”, and wants to reclaim and experience her body and her desire.

Feathers by Omar El Zohairy, from Egypt, is a surprising film; a highly amusing and bitterly ironic tragicomedy with a consistent artistic identity and a powerful political core. Both Clara Sola and Feathers had successful premieres at the Cannes Film Festival in July.

Anatomy of Time by Jakrawal Nilthamrong follows in the best traditions of the fascinating visual arts potency of contemporary Thai cinema. The film invites the viewer on an existential, philosophical meditation, which also involves a political and historical look at the country’s past. The film screened in September at the Venice Film Festival.

The winner of this year’s Locarno Film Festival, Vengeance Is Mine, All Others Pay Cash, by Edwin from Indonesia, takes the viewer by surprise with a narrative and choreographic identity that is wonderfully entertaining, and serves as a homage to the B-movies of the region. At the same time, the film represents an examination of the local culture of masculinity, virility and violence, which also connects it with the country’s problematic past.

The festival will be showing a film that exemplifies WCF funding activities in recent years, and pays homage to the life’s work of its director. Zama by Lucrecia Martel focuses on the colonial histories of Spain and Latin America, mesmerising the viewer with its simultaneously realistic and hallucinogenic images.

Vincenzo Bugno, head of the WCF, will introduce the Berlinale Spotlight at “Around the World in 14 Films”: “Films really blossom with an audience, and cinemas are meeting places where we share a cultural experience. We’re very pleased to be able to continue our cooperation with ‘Around the World in 14 Films’ after such a long period of tight restrictions. Numerous WCF funded films were completed and able to celebrate their premieres at international film festivals this past year despite the pandemic. And now it’s wonderful that some of these WCF films can be presented to the enthusiastic ‘Around the World in 14 Films’ festival audiences. All the films are very different, and they provoke thought, or laughter, or both. They are films that were conceived, shot, and produced very far away from here, and yet still hit close to home.”

The WCF has been funding films in regions with weak production infrastructures since 2004, and promotes cultural diversity in German and European cinema: berlinale.de/world-cinema-fund

“With all the films and artists that the World Cinema Fund passionately supports, year after year this special funding programme opens our eyes to other cultures and their stories. And it creates awareness for the frequent necessity of collaborations, co-productions and openness for cultural and cineastic productions to succeed”, comment the festival directors of 'Around the World in 14 Films'”, Susanne Bieger and Bernhard Karl.

The 16th edition of the independent Berlin film festival “Around the World in 14 Films” will take place from December 2 – 11, 2021 at the KulturBrauerei cinema. For the first time, many of the high-calibre “Best Of” films, with cineastic highlights from Cannes, Locarno, Venice and San Sebastián, will also be presented at the delphi LUX and Neues Off cinemas.

More information and the programme are available at: 14films.de