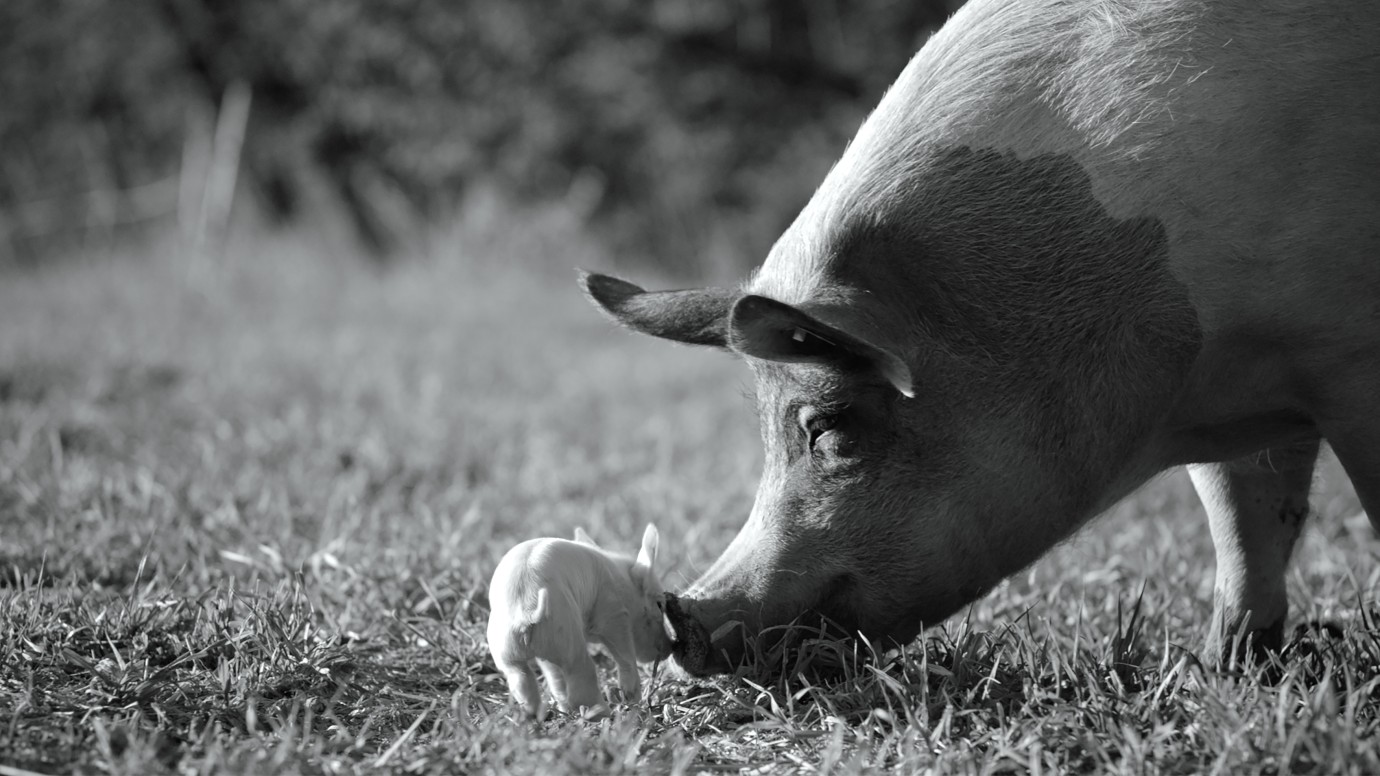 © Egil Håskjold Larsen/Sant & Usant
Gunda is the protagonist of this gentle black-and-white documentary triptych. She takes care of her little ones, accompanies them on a journey of discovery and then takes a break to recharge her batteries. She tentatively approaches the camera. Does she know what her fate is? What might she be thinking? What does she think of us? Gunda is one of several hundred million pigs that inhabit the planet, alongside a billion cattle, represented in the film by two gracefully mooing cows, and over 20 billion chickens, exemplified here by a one-legged chicken stumbling its way through the world. Whether rooting through the mud, swatting away flies or searching for worms, they all are heroes. And film essayist Victor Kossakovsky is and remains adamant: after this film meat consumption is impossible. His indignation about the ignorance of humans in general and the degradation of these creatures in particular flows into his conceptually minimalist, but visually brilliant meditation. Gunda is an intimate portrait. An intervention in the form of a modest gesture. A film that ascribes majestic greatness to the underdogs. And makes us think. In the very least.
by Victor Kossakovsky Norway / USA 2020 Without dialogue 93’ Black/White Documentary form 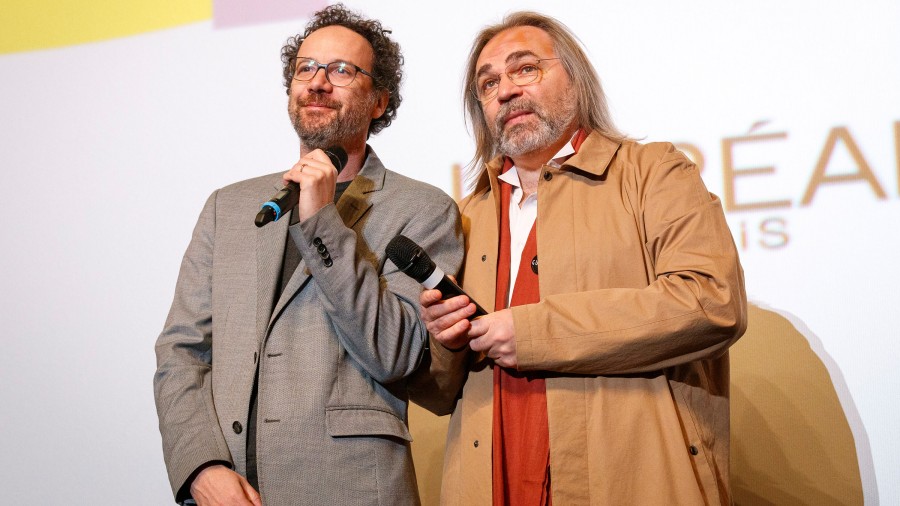 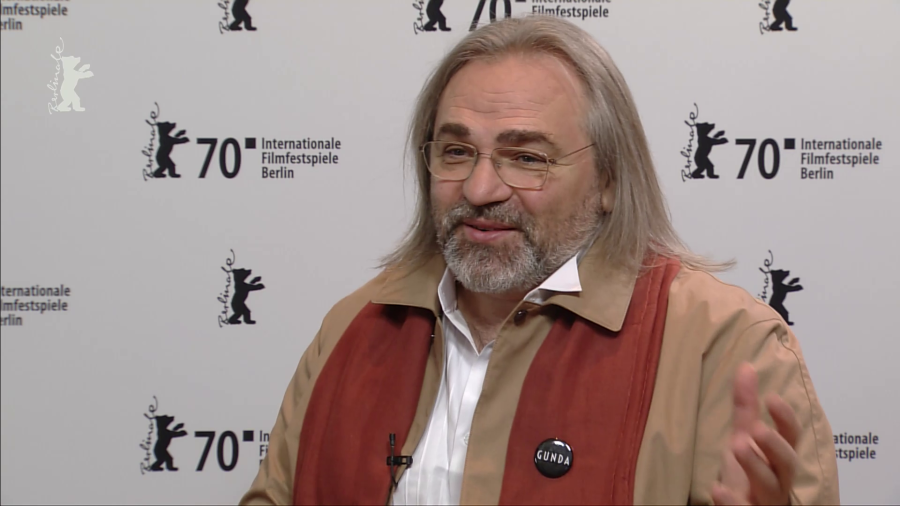 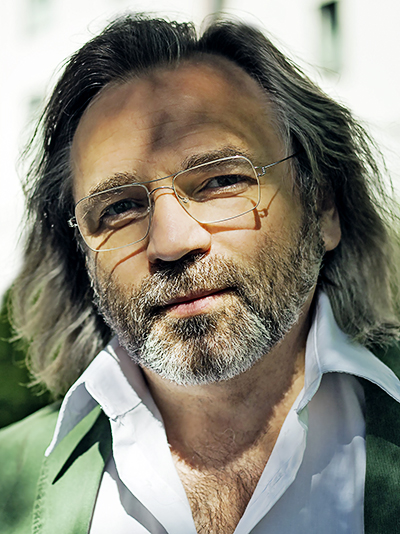